Built by the Norwegian builder, Kleven, the eagerly awaited 116m expedition superyacht hull 370 has been delivered to her proud owner, Mr Graeme Hart, who is also the owner of the sistership vessel, the 107-metre ULYSSES, delivered in 2015. 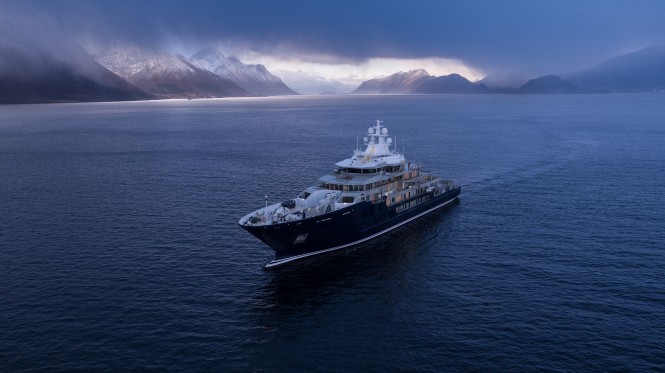 The yacht departed the shipyard this weekend and is now on her way to Germany, where the final completion works will take place. She is scheduled to be entirely completed by mid-2017.

“It has been a great pleasure working with Mr Hart and his team on this magnificent project. We highly appreciate the trust they have shown us by placing not just one but two orders with Kleven, in what was a new segment for us,” said Ståle Rasmussen, CEO of Kleven.

The head-turning explorer was designed by Marin Teknikk in collaboration with Naval Architect Kyle Dick, of New Zealand, based Oscar Mike Naval Architects. She is an MT 5006 MKII ESV type vessel and was built for long journeys in rough waters. 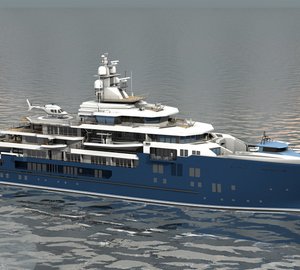