Take a look at Mega Yacht A in the video below, released by Michel Mittelstädt ...
Browse News Section

Take a look at Mega Yacht A in the video below, released by Michel Mittelstädt from KIELisREAL last month. Currently the largest sailing yacht in the world, the imposing 142,81m (468’5’’) Sailing Yacht A – hull 787, made a very successful debut on the water prior to her sea trials off the coast of Germany. Scheduled for delivery in 2017, she was built by Nobiskrug, and is being completed by German Naval Yards in Kiel, Germany.

Philippe Starck was responsible for the striking exterior design of the 12,700 gross ton Mega Sailing Yacht A, boasting an impressive beam of 24,88m. Moreover, the vessel’s three carbon composite masts, delivered by Magma Structures to a design by Dykstra Naval Architects, are believed to be the largest and most technologically advanced free-standing masts in the world, each weighing about 50 tonnes.

Please contact CharterWorld - the luxury yacht charter specialist - for more on superyacht news item "Take a look at Mega Yacht A – The Largest Sailing Yacht in the World". 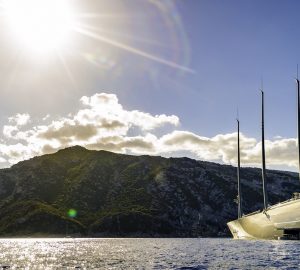 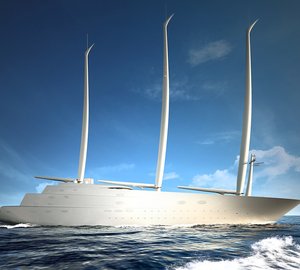