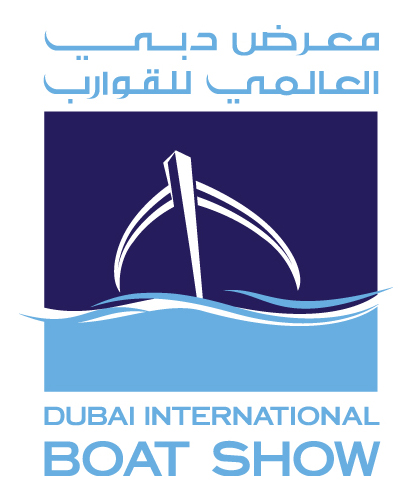 This year’s event will have an impressive 30 global and regional launches taking place, demonstrating the importance of Dubai as a global platform, and the growing strength of the regional marine sector. Industry leaders from around the world have selected the Dubai International Boat Show to showcase their exciting debuts, including Al Shaali Marine, Art Marine, Chris Craft, Delma Marine, Du Boats, Fountaine Pajot, Gulf Craft, IMG Boats, Safwa Marine, Riviera and Van Dutch among others.

With the regional marine industry showing signs of growth, a strong international presence is reinforced by the participation of the largest number of countries in the history of the show. This year exhibitors from 49 countries with six debut appearances from Armenia, Belgium, Malaysia, Malta, Palau and the Russian Federation highlights the Dubai International Boat Show’s position as a focal point for the industry with boat manufacturers choosing Dubai to promote their yachts to reach local and global buyers.

H.E. Helal Saeed Almarri, CEO of Dubai World Trade Centre (DWTC) and Director General of the Dubai Department of Tourism and Commerce Marketing (DTCM) said: “The Dubai International Boat Show has secured its position as the region’s leading leisure marine event. This year’s impressive line-up of global and regional launches and the large increase in international participation, serves as a true barometer of the stability and strength of the regional maritime industry. As the catalyst for the Middle East leisure marine sector, the show stimulates greater demand and encourages foreign trade and investment, highlighting Dubai’s position as a global marine gateway.”

Ali Bin Ghulaita, CEO of Dubai International Marine Club, expressed his delight at welcoming the 21stedition of the Dubai International Boat Show to DIMC, commenting that the show continues to grow from strength to strength over the more than two decades since its unveiling.

The increased international presence this year is marked by Turkey’s return to the show with the largest participation – eight times larger than last year. The United States and Italy have increased their floor space by 110% and 47% respectively with the U.S. state of Florida also having a new dedicated pavilion due to strong demand from North America. The Dive Middle East segment of the show has seen a 35% expansion this year, with new international exhibitors travelling from Denmark, France, Germany and the USA to take advantage of the increasing marine leisure activity in the region.

Saeed Hareb, Senior Advisor, Dubai International Boat Show said: “The Dubai International Boat Show is the most important event in the maritime calendar in the Middle East. The show continues to attract the highest calibre of exhibitors and boating enthusiasts from around the world, as well as new visitors keen to become part of the leisure marine community, as Dubai further cements its position as an international marine hub. We are looking forward to celebrating the show’s 21st edition.”

According to a recent Boston Consulting Group report, the UAE – along with the other Gulf States of Saudi Arabia, Kuwait and Qatar – is among the world’s top 10 countries with the highest density of ultra-wealthy households. The affluence of the Middle East region is highlighted by the fact that 60% of the world’s top 100 superyachts are owned by Middle East residents.

Erwin Bamps, Chief Operating Officer, Gulf Craft, said this large number of high net worth individuals is driving the demand for luxury marine crafts: “Year-on-year we have witnessed an impressive growth in the Gulf’s marine industry with customers spanning across the globe, to include a significant number of local customers. Gulf Craft continues to see an increase in sales across our portfolio of luxury marine craft, with many of these orders being placed at or as a direct result of the Dubai International Boat Show,” Bamps added.

The UAE’s boat manufacturers have contributed an estimated 60-70% of the Gulf’s total population of leisure boats, with UAE owners utilising Dubai’s boat building, refurbishment and repair facilities, which are reported as being the among best in the GCC. To support this growth, the Dubai International Boat Show will feature a dedicated UAE Pavillion to host the country’s top up-and-coming boat builders.

The display area, which is being sponsored by the Dubai Chamber of Commerce and Industry, showcases some of the country’s leisure craft manufacturers. H.E. Hamad Buamim, Director General, Dubai Chamber of Commerce and Industry, said: “As the region’s most lucrative platform for boat and yacht sales, Dubai International Boat Show is an important date on the emirate’s calendar. This year Dubai Chamber is delighted to be involved especially as the show is providing a platform for UAE businesses to showcase their expertise to a global audience. At present, over 1,360 of Dubai Chamber’s members work in the maritime industry, this is an important economic sector and one that has significant potential to grow. The show also helps to highlight Dubai as the gateway to the lucrative Middle East marine market.”

Among the top quality manufacturers of smaller leisure crafts in the country is Ocean Boats, which will be exhibiting its products at the Made in the UAE Pavilion. “The dedicated UAE Pavilion is certainly a great opportunity for smaller business concerns like mine to be able to showcase our expertise in producing first-class vessels for fun and leisure out on the water,” said Ocean Boats owner Ahmed Bin Ghulaita.

The Gulf Boating Conference, under the chairmanship of Dr. Mohammed Hamdan Al Shamsi, will focus on “The Evolving Middle East Boating Market” and will include discussions among the region’s top boat manufacturers, marina operators, marina authorities, marina construction companies and dealers. In addition, a programme of seminars and workshops will be held where experts will address the latest industry trends, technologies and regulations affecting the leisure marine sector.

Fun and entertainment are integral elements of the Dubai International Boat Show, and visitors to the show can be assured of a great day out with exciting activities for all. The popular Retail Village and Heritage Village return this year with spectacular live entertainment to be enjoyed throughout the show.

Other exciting highlights include visitor prize draws with the chance to win amazing prizes throughout the show, including a Yamaha WaveRunner, opening passes and accommodation to the Cannes Film Festival, Champions League passes, a Yas Marina F1 race package and much more!

With even easier access to this year’s Dubai International Boat Show, free Water Taxis are provided by the RTA from Skydive Dubai and Dubai Marina Mall and shuttle buses will provide transportation from Gateway Towers at the entrance of Palm Jumeirah. With these services, visitors can spend ample time enjoying the vast selection of yachts, boats, and the full range of marine equipment available at show.

The popular Supercar Promenade returns to the show for the third year and brings with it a range of limited edition models and the finest examples of engineering prowess available on four wheels. Bentley, Brabus, McLaren and Rolls Royce are some of the luxury motoring brands that will showcase their latest models.

The 21st Dubai International Boat Show will be held at the Dubai International Marine Club, Mina Seyahi from March 5-9, 2013 and will be open to trade visitors and the general public from 3pm – 9.30pm daily. Key sponsors of the event include luxury watch brand Officine Panerai, with Mercedes Benz as the official car for the show. The official footwear partner is Crocs and private jet manufacturer Bombardier joins the show as a major supporter for the third year. Abu Dhabi National Insurance Company (ADNIC), Gargash Enterprises, One&Only Royal Mirage and Vilebrequin are also among the prestigious partners this year. 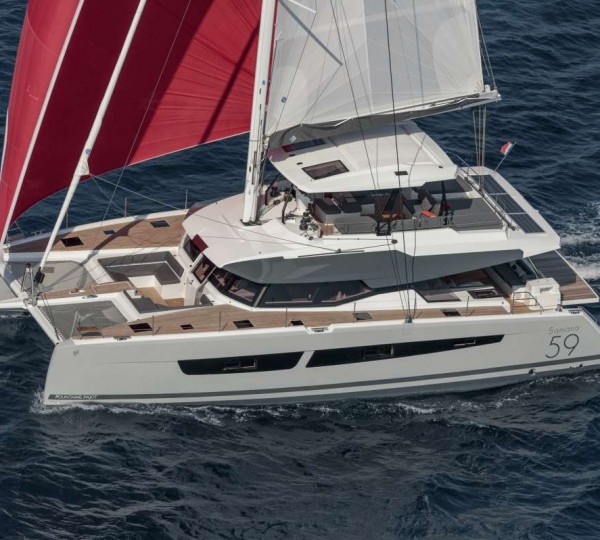 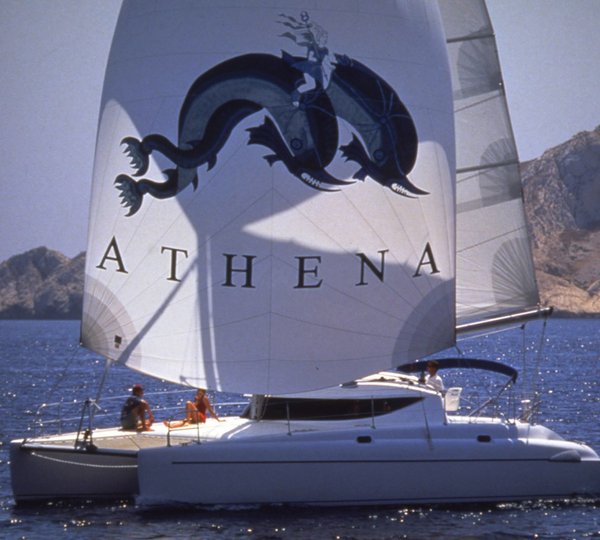 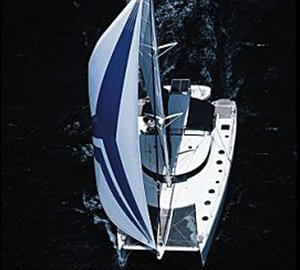 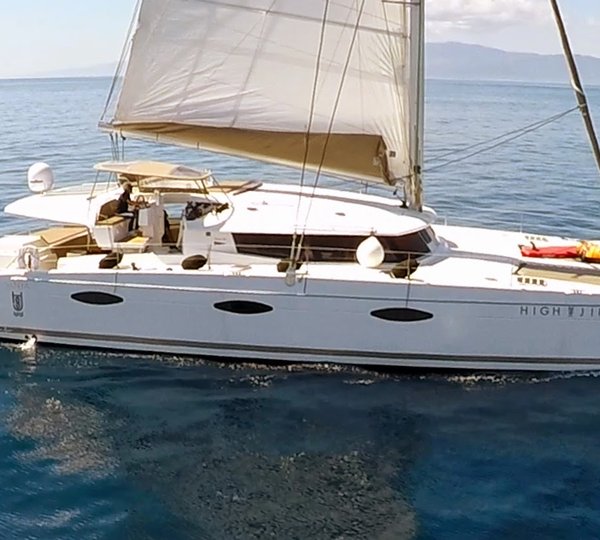 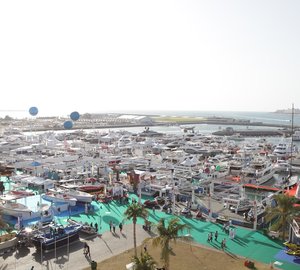 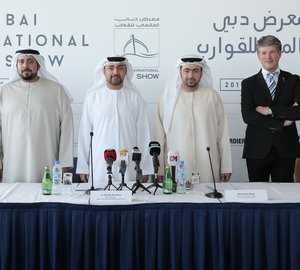 UAE to reinforce its position as Yacht Manufacturing Hub

Gulf Boating Conference to be held during Dubai Boat Show 2013 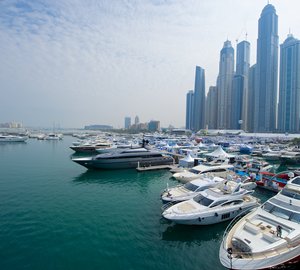