When TeamVodafoneSailing hits the water in August it will be the fastest ...
Browse News Section

When TeamVodafoneSailing hits the water in August it will be the fastest sailboat in the country, and one of the fastest in the world. 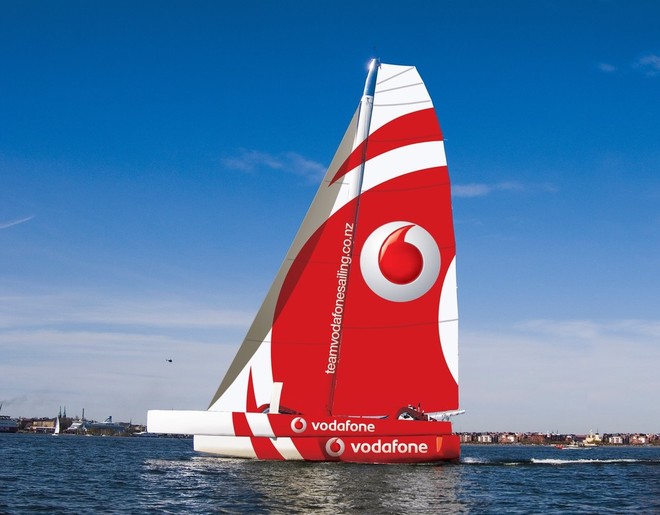 Measuring in at 18m (60 foot), the head-turning trimaran is as wide as it is long, and capable of sustaining speeds of 40 knots – more than 74 kilometres per hour. It is a precision balanced machine that requires immense skill to sail and manoeuvre.

The boat’s New Zealand owner and skipper Simon Hull wants to break sailing records and have the challenge of racing one of the most extreme yachts ever built.

“This boat is powerful and on the edge. It really pushes all the boundaries. We have had an incredible time learning how to sail it, and we know the next year on this boat will be fantastic,” he says.

With Vodafone as title sponsor, the boat’s sailing campaign is designed to showcase the fact that Vodafone’s Extended 3G coverage will take boaties as far as 60 kilometres out to sea.

“Vodafone’s Extended 3G network covers 97% of the places Kiwis live, work and play,” says Vodafone’s Director of Sales Grant Hopkins. “This partnership is about showing boaties you can still use all of our great data services at fast speeds on the water to PXT, surf the net, or send emails.”

The boat’s movements and other key boat data will be tracked via live GPS which can be viewed on the Vodafone website.

TeamVodafoneSailing will be stationed 100m from the Vodafone HQ at the Viaduct Basin in Auckland’s Waitemata Harbour.

The boat will undertake training and preparation through September prior to a record attempt on the famous HSBC Premier Coastal Classic yacht race from Auckland to Russell on Friday 22 October. TeamVodafone will compete extensively in Oceania.

“We have a committed professional team and you will be seeing a lot of us this summer,” says Simon Hull.

Watch the video of  the TeamVodafoneSailing 60′ ORMA trimaran below.

The ORMA 60 named TeamVodafoneSailing is one of a breed of ORMA 60 trimarans built to excel at two things: sailing fast, and pleasing sponsors. In Europe, ORMA 60s operate as a professionally run fleet that gives instant spectator approval.

The boat has sail and rig loads similar to an IIAC Americas Cup class yacht, but weighs just 6.2 tons.

Many of the world’s most intrepid ocean sailors have carved out their careers on ORMA 60s, and despite the class’s 20 year history, its dominance is just as strong today in the world’s most important offshore events. In 2006 French sailor Lionel Lemonchois shaved more than four days off the record in the 2006 Route de Rhum, the legendary solo race between Saint-Malo and Pointe-a-Pitre, to cross the Atlantic in less than seven days, and in 2007 Franck Cammas and Steve Ravussin on Groupama 2 completed the Transat Jacques Vabre between France and Brazil in 10 days, 38 minutes and 43 seconds. Single handed average speed targets are 18 knots to windward in 25 knots of breeze, with a real pointing angle of 47 degrees, or 30 knots on a broad reac

Simon Hull – skipper, principal investor
Simon’s sailing career began in small sailing dinghies. As a teenager he would sail the islands of the Hauraki Gulf by himself in a 3.5m Laser dinghy. He has owned and campaigned a succession of race boats, the most recent the Transpac 52, V5. V5’s recent wins include the Coastal Classic yacht race in 2007 and 2008, and the Bay of Islands Race Week in 2009. In 1988 he founded Allied Work Force Group Limited, and has served as Managing Director of this successful publicly listed company with the New Zealand Stock Exchange for 18 years.

Patrick O’Reilly – boat manager
Paddy started his long sailing involvement in dingy racing competing to national level in a number of classes. He then moved into keelboat racing and has been involved in a number of local and offshore campaigns with New Zealand boats. For the last ten years he has worked with Simon’s programs, proving invaluable in managing both boat development programs and the boat crew.

Kevin Peet – delivery and corporate skipper and watch captain
Kevin Peet is a highly experienced commercial and racing skipper who has helped to win major regattas both in New Zealand and overseas.  Between 2001 and 2005 he was Training Manager at the Royal New Zealand Yacht Squadron, and has worked as a commercial skipper and as a project manager for Emirates Team New Zealand.

Nick White – navigator
Nick White is a highly experienced and sought after professional navigator. He is a Whitbread and Volvo Ocean Race winner, and has consulted to numerous grand prix teams internationally. Nick is a physicist by qualification and owns Expedition Navigation and Yacht Racing Software.

Vodafone has a range of mobiles and mobile broadband products available for use on the extended 900 MHz 3G network. All 900 MHz mobile phones can also be used as a modem, giving access to the internet and the ability to make simultaneous voice calls.

Vodafone’s Extended 3G coverage is available up to 60kms from shore. 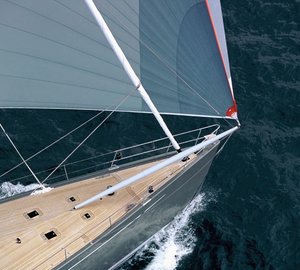