Velux 5 Oceans: Thousands of spectators set to pack La Rochelle for the start

It is set to be one of the biggest spectacles to grace the French port of La ...
Browse News Section

Velux 5 Oceans: Thousands of spectators set to pack La Rochelle for the start

It is set to be one of the biggest spectacles to grace the French port of La Rochelle in years. In just over one week, a fleet of international ocean racers sailing high performance Eco 60 yachts will blast over the startline of a gruelling 30,000-mile solo marathon around the world: the VELUX 5 OCEANS.

Thousands of spectators are expected to flock to La Rochelle, home of the VELUX 5 OCEANS, to wave farewell to the skippers as they set off on the Ultimate Solo Challenge on Sunday October 17. Today, race officials have released details of the programme of events for start day.

On the morning of race day, the VELUX 5 OCEANS race village, located in the Bassin des Chalutiers, will open at 10am and activities will start at 10.30am with a rousing performance of Batala, a type of Brazilian drumming with a samba reggae style that originates from Salvador de Bahia, one of the VELUX 5 OCEANS host ports. By 12.30pm the VELUX House will be full of nervous excitement as the skippers gather for the departure ceremony, an hour-long celebration of the huge feat the sailors are about to embark on.

Hundreds of spectator boats will then take to the water at 2pm to assume their positions ahead of the race start in the specially designated spectator area in the Pertuis Charentais outside La Rochelle’s iconic harbour walls. Then, at 4pm, the sound of the starting gun will ring out round La Rochelle and the eight ocean racers will pass the start boat, the beautiful Belem, and embark on their epic adventure around the world alone. The first of five ocean sprints will see them battle the notorious Bay of Biscay before taking on the Doldrums and the South Atlantic en route to Cape Town, South Africa.

VELUX 5 OCEANS chairman Sir Robin Knox-Johnston said: “There is no better experience than the start of a major ocean yacht race and the VELUX 5 OCEANS is the best of all. The nervous energy that will engulf La Rochelle is something that will stick in the minds of everyone there for years to come. Come to La Rochelle for October 17 and be part of something special.”

For those not lucky enough to get to La Rochelle for the race start, the VELUX 5 OCEANS website www.velux5oceans.com will be the place to go for all the latest news, pictures, videos and up-to-date position reports.

Excitement will start to build from Saturday, October 9, with the opening of the VELUX 5 OCEANS race village. The race village, in Esplanade Eric Tabarly, will form the nerve centre of the event and will be officially opened by the skippers at 10am on Saturday. Built around the VELUX House, title sponsor VELUX Group’s vision for sustainable housing, the race village will overlook the pontoons which will host the competing Eco 60s. It will carry the message of TAKING ON THE ELEMENTS, the race’s sustainability mission, supported by an exposition from race transport partner Maersk Line and other local eco exhibitors from the La Rochelle region. Throughout the eight days leading to the start day the race village will host a range of activities, including dance and music performances, watersports in the marina, school visits, cooking challenges and a chance for the public to meet the VELUX 5 OCEANS skippers.

One of the highlights in the lead up to the VELUX 5 OCEANS start will be the arrival in La Rochelle of one of the most famous classic ships in France, the beautiful three-masted tallship Belem, which will enter the port on the evening of October 13. Each skipper will be introduced to the public in a special ceremony onboard the historic ship at 7.30pm.

The VELUX 5 OCEANS, run by Clipper Ventures PLC, is the longest running solo round the world race, and has 28 years of rich heritage as the BOC Challenge and then the Around Alone. This edition features five ocean sprints over nine months. After setting off on October 17 from La Rochelle to Cape Town, the race will then take in Wellington in New Zealand, Salvador in Brazil and Charleston in America before returning back across the Atlantic to France. 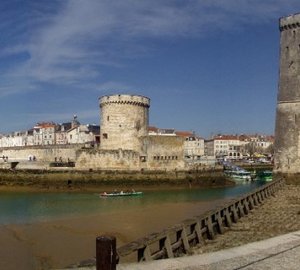 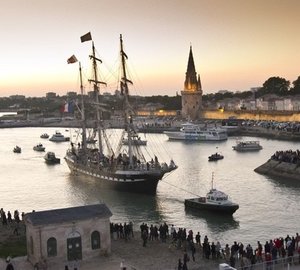 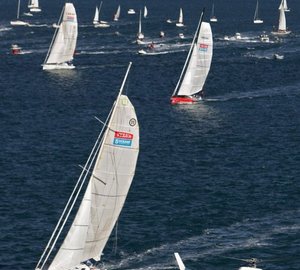 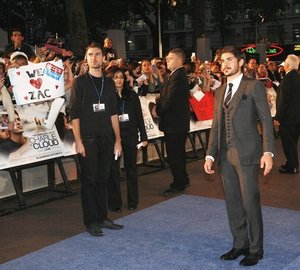