Miami-based design studio, Eramotive, is delighted to introduce a trio of new Solar Hybrid Multi-Hull Superyachts: the Iris Series. These three striking luxury yachts are offered in lengths of 45  meters over three decks, 75 meters over five decks, and 125 meters over seven decks.

The Iris Series by Eramotive

The elliptical shape was chosen for its timeless appeal, as well as its allowance for much more voluminous interior spaces. This opens a vast range of customizable interior possibilities for each individual owner. From a private leisure yacht to a vessel for scientific expeditions, a floating convention center, an entertainment venue or even as a one-of-a-kind boutique hotel.

The exterior surface areas were kept in mind to allow maximum coverage using Photo-voltaic panels, while maintaining wide angle views from within. The Photo-voltaic panels wrapping the exterior are also revealed as retractable roof enclosures on the top three decks, that make it possible to maintain zero carbon cruising at a speed of 10 knots.

The helipad on the 125m mega yacht has a retractable enclosure as well, allowing the space to be easily converted into a recreational area for all types of climates. The Iris Series is offered in full or semi Photo-voltaic coverage.

A hydroponic garden an even be added for true self-sufficiency at sea. An open layout two-tiered Salon, VIP suites with saunas, multiple pools, an art gallery, cinema, grand library, tender garage with bamboo drop doors and area for showcasing up to nine collector cars are also among the many possibilities available.

The 45 meter superyacht features an array of sliding glass panels on both sides of the structure which open the interior and fully expose an outside deck. The decks seamlessly retract at 1,8m meter length thus harmoniously merging the inside and outside spaces into one.

75m Iris Series Yacht from above

The Iris Series is designed to change your perception of what a yacht can be, whether you are looking at it from the outside or from within. 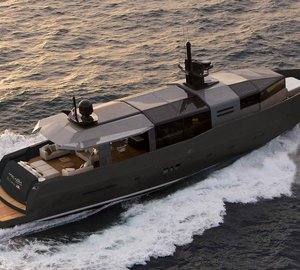 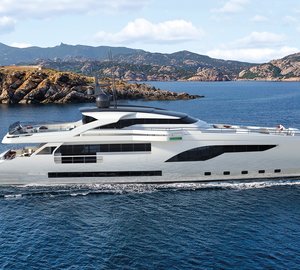 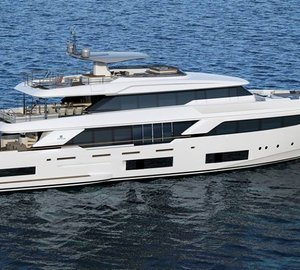 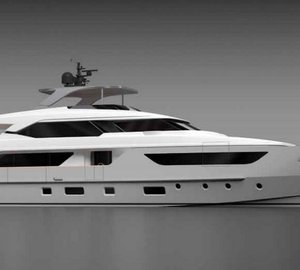