Today, May 8, 2014, saw the grand opening of the Taiwan International Boat Show, representing a crowning moment for Taiwan’s sixty-decade old yacht-making industry. Over the next four days, 168 shipyards and suppliers will use 861 booths at the Kaohsiung Exhibition Center (KEC) to showcase the best in luxury yachts, peripherals, components, as well as equipment.

The May 8th to 11th show, that joins more than 60 magnificent yachts, is organized by the Bureau of Foreign Trade and Kaohsiung City Government, implemented by Taiwan External Trade Development Council (TAITRA) and held under the auspices of Taiwan Yacht Industry Association (TYIA).

Thousands of visitors are expected to visit this grand show that features 168 foreign and domestic exhibitors. There are vessels and gear of every shape and size including 40 yachts, sailboats and power-driven boats up assembled in the column-free North Halls. The show extends to the outside pier to showcase 20 luxury yachts on the water, providing more space for displays and a splendid harbor side spectacle for visitors.

The largest yacht at the show is the RP110 superyacht Carnival Liberty 3 designed by Horizon Yachts, the fifth-largest custom luxury yacht builder in the world which is also a winner of the 2014 Taiwan Excellence Awards. The RP110 features nearly 450 sqm of leisure space and is a virtual villa on the sea. 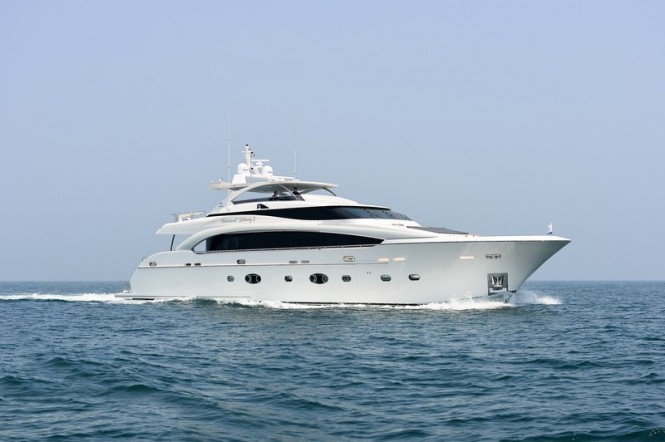 Other exhibitors include Asia Harbor, Nova Marine, Grand Harbour, Johnson and President. Taiwan’s yacht-making industry has won global acclaim over the past six decades, and Taiwan exhibitors eagerly anticipate this first genuine exhibition of yachts in their own country that will win heightened profile for the island’s rapidly expanding yacht-building sector.

Foreign flags raised on the mast

Suppliers from Australia, the U.S. and China are attending the show as part of official delegations, and the Australian pavilion will include 15 suppliers of parts and components, organized by the Australian International Marine Export Group (AIMEX). According to the president of AIMEX, Australian suppliers regard Taiwan’s yacht-making capacity very highly, and are confident that the boat show will draw Asian buyers to consolidate Taiwan yacht manufacturers on a global level.

Taiwan yacht builders have returned from all over the world for this first boat show that’s packed with prestigious international guests. Over one thousand international guests have already registered online or accepted invitations to visit the show. Since the show venue is near the heart of Taiwan’s cluster of yacht and marine related manufacturers, buyers can personally checkout nearby shipyards that can be reached in a 30 minute drive.

In addition to overseas visitors, the Boat Show has also attracted visitor registration of executives from over 500 well-known companies in Taiwan. Through the ibon kiosks at 7-Eleven convenience stores, over 10,000 tickets were pre-sold before the show opened. It is estimated the number of visitors at the four-day show will reach 30,000.

During the show visitors can join 13 feature events that build fun, awareness and knowledge on Taiwan’s yacht-building industry and its ocean environment. There’s a marine classroom, a marine generation seminar, and a discussion forum on the yacht industry that echo Taiwan’s rich marine heritage. And they’ll also inspire many to take to the sea!

The first Taiwan International Boat Show cordially welcomes the general public (children under 3 not admitted) to board at the Kaohsiung Exhibition Center. The Show will run until May 11, 2014. 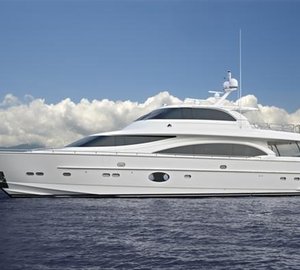 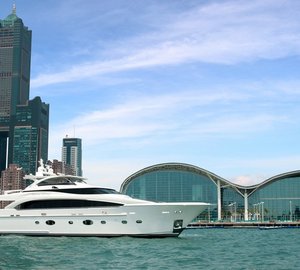 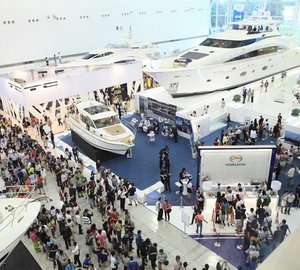 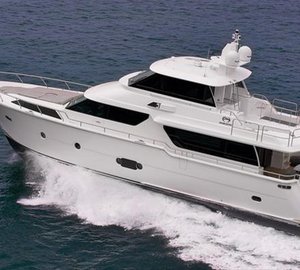