Superior in every detail, the 116-metre mega yacht AJAX concept has been ...
Browse News Section

Superior in every detail, the 116-metre mega yacht AJAX concept has been beautifully designed by Sigmund Yacht Design from Austria. The idea behind luxury motor yacht AJAX concept was to enhance the user experience of a superyacht for both owners and superyacht charter guests; from the living spaces and sea keeping abilities to the power source. 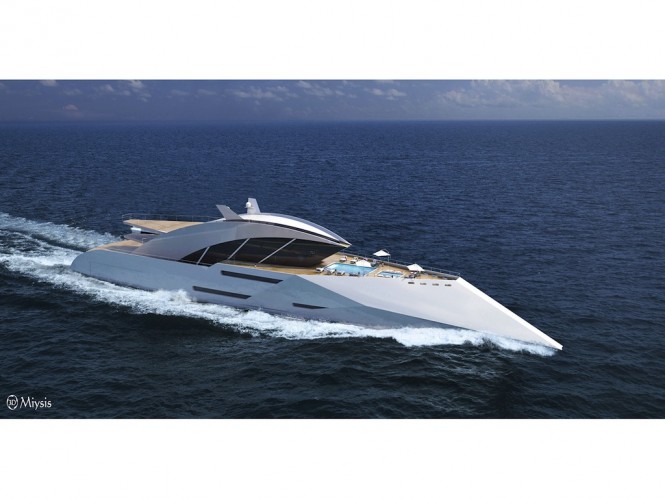 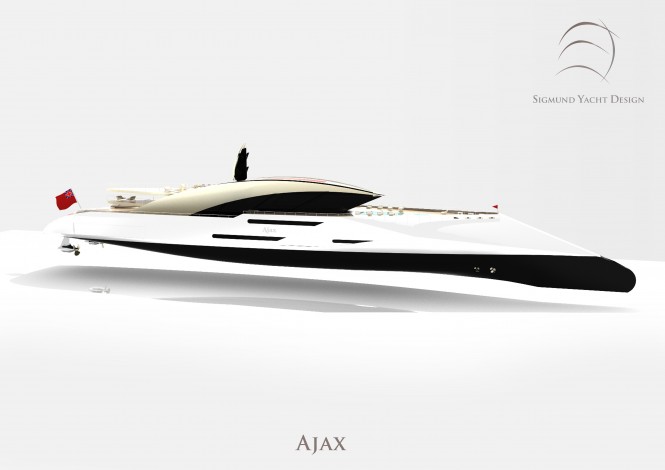 The styling of the striking AJAX yacht concept is based on form following function; the way the vessel looks stems from the way it cruises and the way guests will enjoy it. The freeboard has been partitioned slightly by using the golden ratio to provide the vessel with the perfect balance as it sits in the water and fulfills a certain artistic satisfaction at first sight. 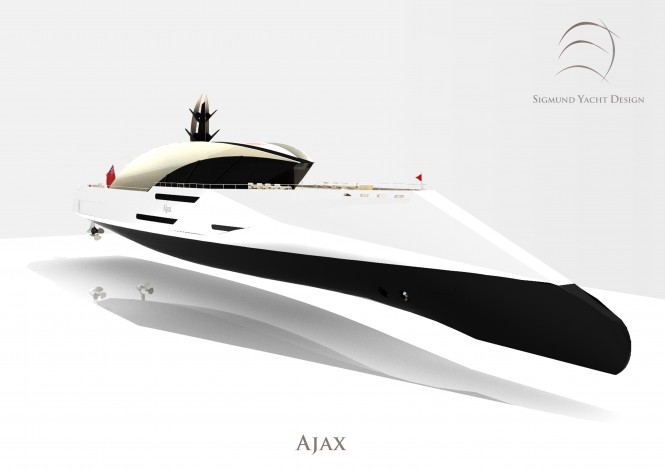 Luxury yacht AJAX concept shares the aesthetics of the hull and her faceted surfaces with her sister ship – superyacht CENTURION concept. They offer lower cost of construction due low labour intensity of the finished surfaces and the hull’s bow secures high performance and amplified sea keeping, while an offshoot of the faceted surfacing ensures greater security at sea for owner, guests, as well as crew. 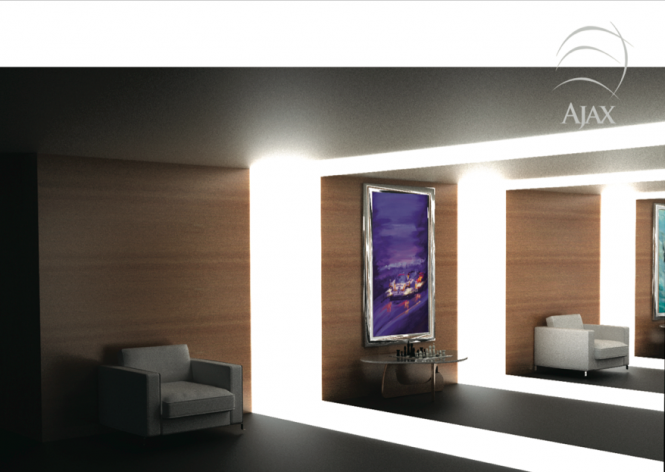 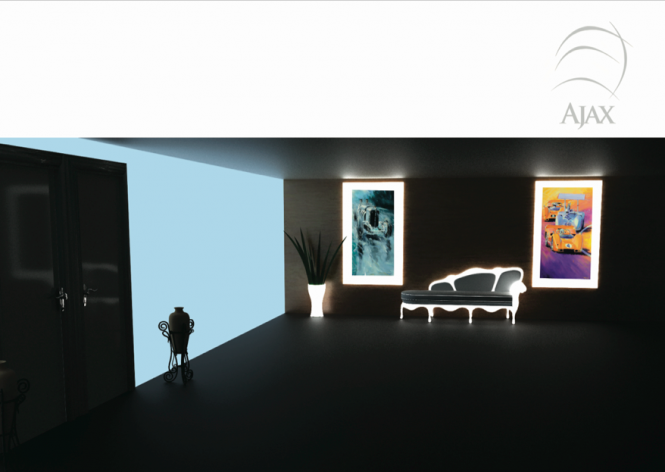 In terms of power source, gas turbines were chosen for the 116-metre super yacht AJAX concept for their amazing power potential, green credentials and reliability. They guarantee the vessel’s capability to cruise with speed, reliability and safety, whilst not consuming heavily. 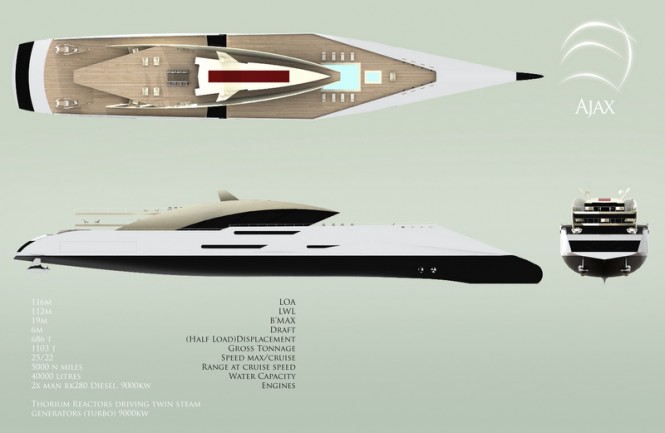 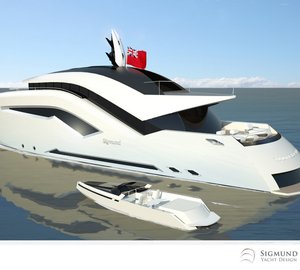 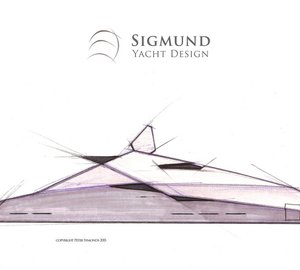 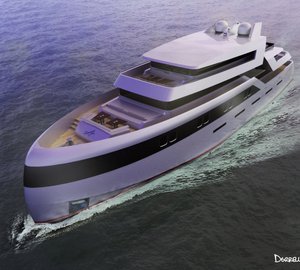