Power and Sail Super yachts from around the world are streaming into Phuket, ...
Browse News Section

Power and Sail Super yachts from around the world are streaming into Phuket, Thailand to attend the prestigious Asia Superyacht Rendezvous 10-year anniversary celebration, December 16-18, 2010.

The exclusive occasion attracts the really “big boats”, plus their owners, crews and guests in an extravagant event where the focus centers mostly on fun and socialising. The event brings together members of the world cruising superyacht fraternity, both power and sail. The high quality gathering combines sailing events with a lot of camaraderie and plenty of superb dining and parties on the beach with like-minded sea-loving friends. 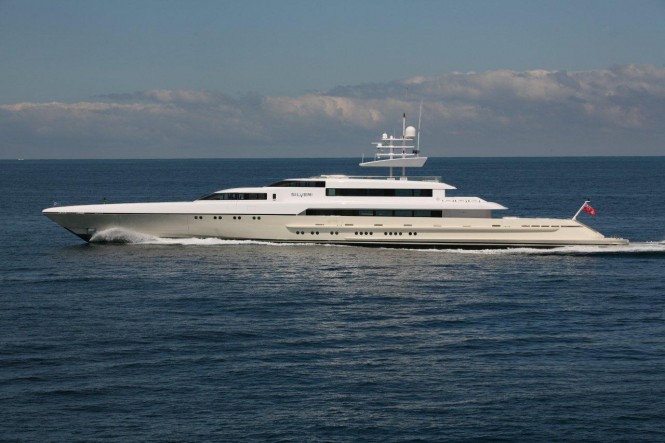 Following the ‘Media Welcome’ and the ‘Captains Briefing’ at the Royal Phuket Yacht Club at tranquil Nai Harn Bay, My Lady Arraya will be host for the “Opening Cocktail Party” Dec. 16th aboard the magnificent vessel. The following day sailing vessels, accompanied by mammoth power Superyachts, will set forth on the first sailing event to Pansea Bay and sponsoring host hotel, The Surin, Phuket (formerly named The Chedi, Phuket).  A second sailing event” Dec. 18th is from Surin Bay and back, with both courses set forth by well known Race Director, Andy Dowden with Simon James.

Organisers Gordon Fernandes, General Manager of Asia Pacific Superyachts and Captain Charles Dwyer of the sailing yacht Yanneke Too report the three-day event (increased from two-days), adding more on water fun and more time for relaxed socializing, is due to the generosity of their Sponsors: Principal Sponsor Feadship , returning for its 10th year of partnering; new Co-Sponsors Merle Wood & Associates, arriving from Fort Lauderdale, USA and Rolling Stock S.A., arriving from Spain and returning Sponsors, Asia Pacific Superyachts and the sensational The Surin, Phuket.  Newly aboard in 2010 as the exclusive International Media Partner is Boat International Media.  Returning Regional Media Partner is YACHTStyle magazine out of Hong Kong.

Organisers Gordon and Captain Charlie report some vessels are extending their winter holiday, streaming out for the stunning and expansive cruising grounds of the Andaman Sea for a journey offering all the ingredients for a fantastic international yachting cruise holiday. Phuket is leading the way in increased Superyacht interest, offering four of the five most renowned premium world-class marinas in Thailand.  Phuket is host to more than 1,000 resident yachts, attracting more than 300 visiting craft and more than 30 superyachts annually. Designed to provide a tremendous boost to tourism for a regular sailing community in Thailand, and Phuket as the ‘Asia Superyacht Hub”, taxes on yacht imports have been drastically cut from more than 200% to “zero”.

Supporting superyachts worldwide, Asia Superyacht Rendezvous, the longest-running event of its kind in Asia and boasting the largest gathering of megayachts in the region, is a major annual international event for international super yachts. 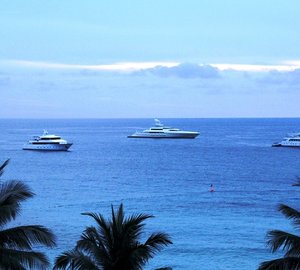 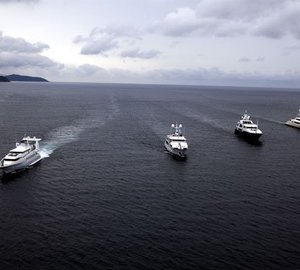 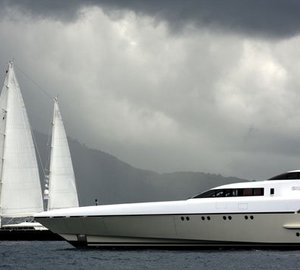 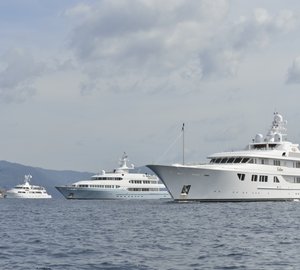