Designed by 23 years old Simone Madella and 21 years old Lorenzo Berselli, the Italian pair attending the BYT (bike, yacht and train) class at the European Institute of Design, the 32-metre motor yacht Cronos concept is a highly innovative project, which received a special mention in the “young professionals” category at the Millenium Yacht Design Awards (MYDA), presented at the SEATEC 2012. Superyacht Cronos concept was described as follows: “interesting experimentation in espressive language applied to interior architecture, with particular to the value of wood and its use forms”. 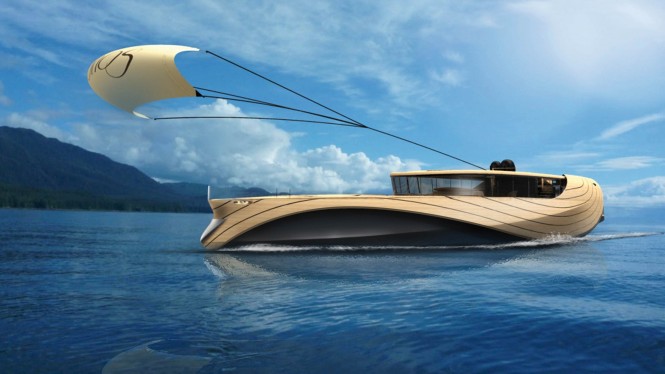 The 32m luxury yacht Cronos project orinates from a reflection focused on a contemporary boating. Nowadays super-polluting and super-fast mega yachts are always more popular, witnessing the growing trend to excess (consumption, size, engine). Moreover today boats are just considered as vehicles to navigate or as ways to enjoy the pleasure of sea: they are becoming luxurious sea-view apartments (most boats remain moored in harbours all the time). All of these cause discontinuity and incoherence between interiors and exteriors. Basing on these thoughts, Madella and Berselli tried to realize something different, beyond the concept of luxurious transport, with the goal to create something able to involve the owner in boat’s life and to create a connection. Designers were sure that their boat’s essential feature would be slowness in order to improve the pleasure of navigation, the connection with the sea and the respect of nature, but looking at most of these motorboats on the market they noticed that there is no harmony between internal and external living spaces. The 32m Cronos yacht project is meant to reach that harmony, that connection, so as to create a unique and ventilated place.

Considering the modern slow boats Madella and Berselli think that it is possible to reduce the already low consumption of petrol, using the sailing boat’s hulls that partially reduce the internal livings (two engine with 250 hp each) but also guarantee a better aero-hydrodynamics and less imposing superstructure. In this way they can realize their idea of what a good performance is: optimize consumptions and emissions for the same power.

In Madella and Berselli’s opinion, modern inclination of sailing-engineering is not enough faithful to its tradition, so they decided to get inspiration from a noble boat of the past: the galleon. Their goal was to fuse together traditional and innovative concepts in building boats: volumes and architectures of the galleon (paying attention to the partition hull-deck, taking the ship owner’s cabin back to the stern, trying to adapt the role of the quarter to their needs, emphasizing the stern’s highness as a private balcony). 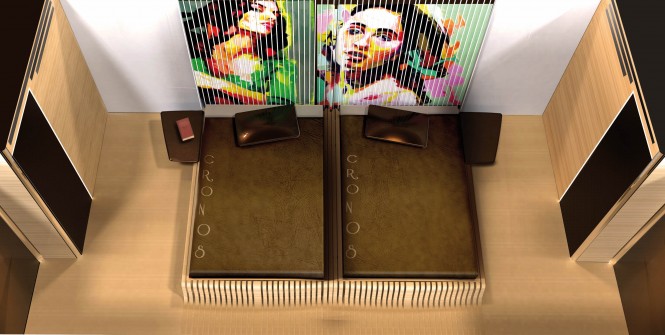 In order to reach their aim, Madella and Berselli never forget their mantra: the link between perfomance and slowness, supported by the new technologies, rarely installed in modern slow boats. The result of this temporal union is the 32m superyacht Cronos concept (from the ancient Greek “Chronos”). 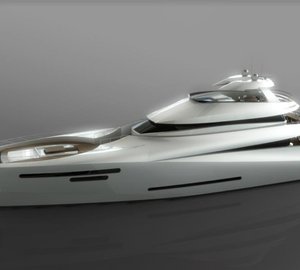