RORC Transatlantic Race 2014 to kick off this month

There are 11 days to go until a highly competitive fleet participates in the ...
Browse News Section

RORC Transatlantic Race 2014 to kick off this month

There are 11 days to go until a highly competitive fleet participates in the first RORC Transatlantic Race 2014 from Lanzarote to the fabulous Grenada yacht charter destination, nestled in the Caribbean. The race across the Atlantic will be a very different experience for the crews from 12 different countries taking part. Whatever the size of boat, or whether or not they have crossed the vast Atlantic Ocean before, all have one goal: to make a safe passage and to get to Grenada fast. 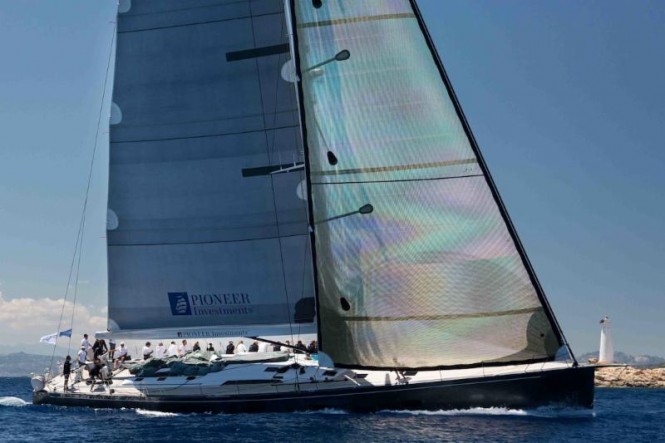 The 94ft (28m) Southern Wind superyacht Windfall will be trying their best to keep up with the largest boat in the fleet, the 100ft (30m) Finot Conq superyacht Nomad IV, and pushing the crew hard all the way across the Atlantic.

Chartered by passionate Russian sailor, Igor Katalevskiy, some of his High Spirit Sailing Team – a group of Russian friends and sailors – will compete in the RORC Transatlantic Race as the final goal to achieve their Ocean Yacht Master certificate; all part of a special Southern Wind Sailing Academy training program in collaboration with the VMB RYA Training centre that began in Genoa in May and has run throughout the year.

Tim Goodbody is the Boat Captain and he is looking forward to racing across for the first time: “Windfall is an interesting boat with plenty of potential. We have seen over 20 knots of boat speed downwind, but we have a lot of work to do if we are going to beat Nomad as they will be quick off the breeze. Nomad looks like a really cool boat and should go like a rocket, but we will try our best to stay with them. Personally, although I have delivered yachts across the Atlantic, I have never raced across, so that is very exciting because you don’t get too many opportunities to do this. It should be a lot of fun and in a big boat, very comfortable as well.”

Originally from Dublin, Goodbody represented Ireland in the Finn Class at the 2008 Summer Olympics in Beijing and has been successfully racing in one design classes all over the world, becoming a well-known figure on the Maxi Racing circuit: “Windfall was built three years ago as a cruiser/racer and is the most high performance boat that Southern Wind have produced in the last four years: designed by Reichel Pugh and Farr Yacht design, it is a fully carbon yacht with carbon mast and boom and EC 6 rigging. But Windfall hasn’t been raced much in the past  (Loro Piana Superyacht Regatta twice and a Maxi Yacht Rolex Cup in Porto Cervo) and the current crew has only been together for a few months, so we are on a learning process. We have made a few modifications, but we are still using cruising sails and it will be a year or so before we are fully up-to-speed. Our downwind speed is relatively good, but upwind we definitely need to improve. We’re hoping for a downwind run across the Atlantic – that would be a lot more fun! Getting 10-11 days of solid ocean racing in will certainly help us to improve her performance,” comments Goodbody.

“We will have 19 crew in total, which includes some top Italian sailors such as the legendary America’s Cup and Admiral’s Cup sailor, Lorenzo Mazza. The charter guests are a group of Russian sailors who recently competed and finished a very tough Rolex Middle Sea Race. They are great fun and keen to learn as a number of them are taking their Yachtmaster Ocean examination during the race. They are very much in control of the boat and we are there to give them a hand if they need us. It is a great combination.”

Luxury yacht Windfall hopes to take part in the RORC Caribbean 600 in February and is available for luxury yacht charter once in the Caribbean.

Dependent on what the weather gods throw at them, two French 40ft (12m) contenders, with experienced offshore sailors on board, could be in the running for the impressive solid silver trophy awarded to the overall IRC winner of this first RORC Transatlantic Race. Seasoned racers, Frank Lang’s X 40, Optim’x (FRA) and Yves Haudiquet’s Pogo 40, Bingo (FRA) will have to make some good tactical decisions and keep the crew fully focused for the entire 2,700nm crossing as other similar sized boats will be hot on their heels as they surf the tradewinds to the West Indies and the finish port of Grenada: Nigel Passmore’s J/133, Apollo 7, Denis Villotte’s JNP 12 Biquille, Serenade, and the young graduates on the newly donated Class40, Oakcliff Racing.

A member of the historic Cercle Nautique (CNBPP) yacht club in La Baule, Frank Lang’s X40, Optim’x, arrived in Puerto Calero, Lanzarote from southern Brittany. This will be Lang’s fifth race across the Atlantic, having competed in the Transquadra Two-Handed race and also the ARC. The Veteran Fastnet campaigner will race with four experienced crew: Christian Normand and David Lebec have notched up several Atlantic crossings between them, but for Philippe Gouard and Grégoire Bestaux it will be their first transatlantic experience.

“I wanted to participate in this new RORC adventure and to share the experience with sailing friends. We’re looking forward to some fun racing and competition and to the long spinnaker surf rides bought on by the tradewinds. It will be interesting to compare our result on corrected time with the big boats in the fleet. The most challenging part will be making sure we lay the best course and to find the tradewinds. Last time I crossed, it was very light,” says Lang, who says he has been practicing sailing for more than 55 years!

Optim’x will stay in the Caribbean to compete in the RORC Caribbean 600 and Les Voiles de St Barth in April.

The Pogo 40, Bingo, is at the other end of the size spectrum from the largest yacht in the race, the 100ft (30.48m) super yacht Nomad IV, but it is also from the same stable of top French architects, Finot-Conq.

Parisian owner, Yves Haudiquet: “I’m a lucky man with a 40ft boat able to surf day after day with the alizé (tradewinds) and with a motivated crew.” Haudiquet has already completed an Atlantic circuit, having sailed across on a catamaran and two years ago with his own boat, Bingo, from the Caribbean to Brittany where he is a member of the Centre Nautique Paul Vatine in Le Havre.

“My boat is built for this sort of ocean racing and I’m hoping for a long tradewind surf ride and to increase the average boat speed from my last Atlantic crossing,” says Haudiquet, who will take part in the RORC Transatlantic Race with his wife Isabelle, Pierre Crepin and Jean François Haupt. 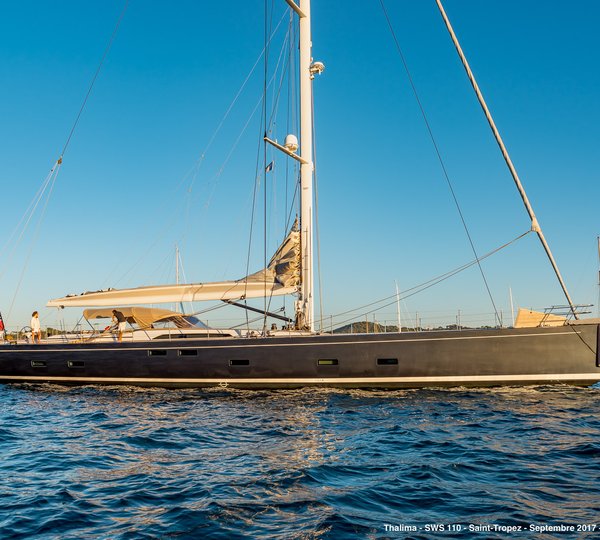 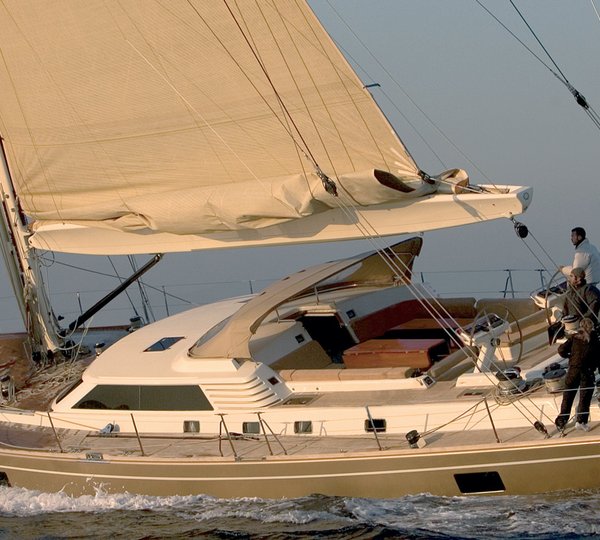 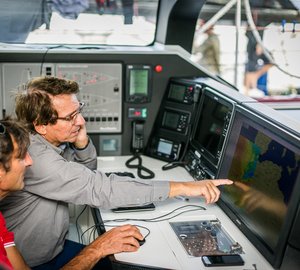 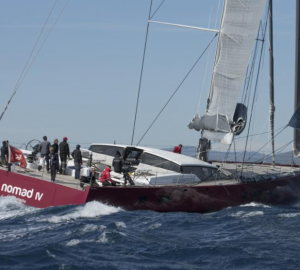