Another Record Fleet of Racing Yachts for Sardinia

Another record sized fleet for Sardinia. A large number of the world’s largest ...
Browse News Section

Another Record Fleet of Racing Yachts for Sardinia

Another record sized fleet for Sardinia. A large number of the world’s largest performance sailing yachts have entered the race and their crews are now keenly readying their yachts in Porto Cervo, Sardinia in the Mediterranean for next week’s Maxi Yacht Rolex Cup. 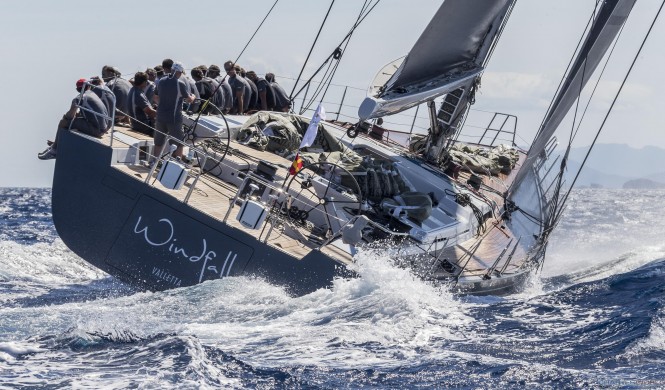 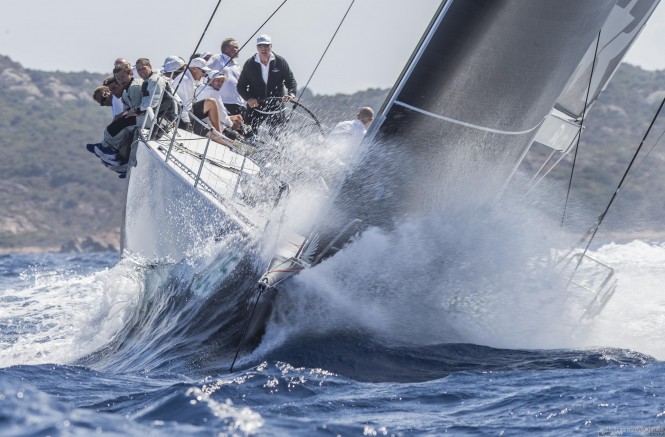 Press Release: Organised by the Yacht Club Costa Smeralda and the International Maxi Association (IMA) with Rolex as title sponsor, this year’s event takes place over 4th-10th September and has 52 entries. Of these, 25 belong to members of the IMA, the body which since 1979 has been guiding and structuring maxi yacht racing globally, in collaboration with the world’s leading yacht clubs.

In terms of length, the fleet spans the giant 49.7m Ohana to entries at the shorter end of the IMA’s permitted size range – 60 footers such as Gérard Logel’s Swan 601 @robas and the Wally 60 Wallyño.

The biggest class at the Maxi Yacht Rolex Cup will once again be the Wallys (an associated class within the IMA), which features 13 examples of the modernist high performance luxury yachts. Leading the charge off the Costa Smeralda will be the two Wallycentos, Sir Lindsay Owen Jones’ Magic Carpet Cubed and the latest example launched last October, David Leuschen’s Galateia, plus the elongated version, (now 32.7m) Open Season of International Maxi Association President, Thomas Bscher. 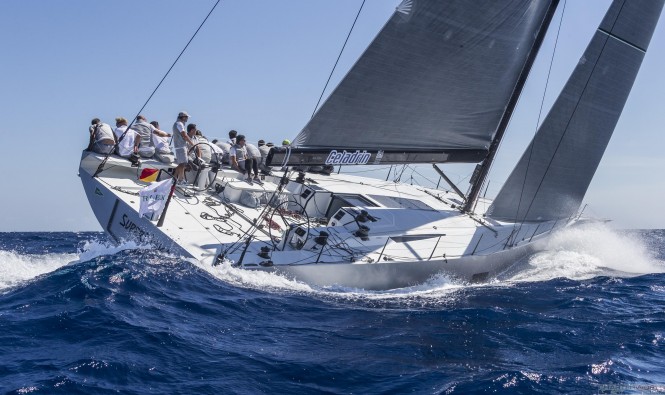 The Js are back this year. Lionheart and Velsheda will match race their way around the race track.

The Maxi class (79-100ft) will see two high profile yachts making their Maxi Yacht Rolex Cup debuts. Best known for her offshore program, Mike Slade’s Farr 100 Leopard 3 has travelled to the four corners of the earth to compete in races such as the Rolex Sydney Hobart, the RORC Caribbean 600 and the Fastnet Race, in which she has twice scored line honours victories.

Despite only being two years old, George David’s Juan Kouyoumdjian-designed Rambler 88, also has notched up thousands of sea miles. This year alone she has won the IMA’s annual Volcano Race (from Gaeta, Italy, south around the volcanic Aeolian Islands off northeast Sicily) and last week claimed line honours in the Palermo-Montecarlo race, the fourth and final event of the IMA’s inaugural Mediterranean Maxi Offshore Challenge. 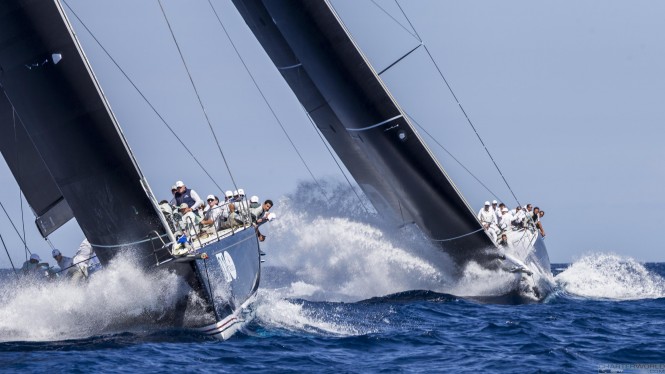 As ever a major feature of the Maxi Yacht Rolex Cup is the Rolex Maxi 72 World Championship. This year six examples of the ultra-competitive, owner-driven, grand prix racers will be lining up, their challenge being to dislodge Hap Fauth’s dominant Judel Vrolijk design, Bella Mente. The reigning Rolex Maxi 72 World Champion goes into this year’s Worlds straight from victories at Copa del Rey MAPFRE and the inaugural Maxi 72 North American Championship held in Newport, RI in June.

“This is our favourite regatta,” commented Fauth, who is President of the Maxi 72 Class, which is affiliated to the IMA. “There will be six 72 footers and competition will be fierce. It is always challenging conditions both for the around the buoys and the coastal race. It is normally all you want.”

As to Bella Mente being favourite for a third World title, Fauth added: “We have the oldest boat and I am the oldest helmsman, but we have got a very good team. Our execution over the course of a regatta has been good and if there is one reason why we might have a small advantage it is because of that. But it is a very small advantage: The margin of victory in this fleet is two or three seconds – the boats are very close.”

The Mini Maxi class (60-79ft) also has a strong line-up. Roberto Lacorte’s Mark Mills 68 Supernikka returns to defend her title, while she will be up against another Mills 68, the more thoroughbred racer, Prospector, which as Alegre and then Caol Ila R was one of the most competitive boats in what is now the Maxi 72 class. Also to be watched will be American Bryon Ehrhart’s Reichel Pugh 63, Lucky. Winner of last year’s Transatlantic Race, Lucky in her previous life was Loki, winner of the 2011 Rolex Sydney Hobart.

In 2015 the Mini Maxi Racer-Cruiser class had one of the tightest finishes and the top four boats return this year, including winner, Riccardo de Michele’s Vallicelli 80 H2O, which finished on equal points with Giuseppe Puttini’s Swan 65 Shirlaf (which this year will face stiff competition from new IMA member Marietta Strasoldo’s Swan 651 Lunz Am Meer.)

Andrew McIrvine, Secretary General of the IMA commented: “It will be an exciting year with a number of new boats competing, especially in the SuperMaxi division where a new generation of more race-oriented boats are appearing. The challenge of manoeuvring these huge craft around the tight courses around the islands of the Maddalena makes for a great spectacle and keeps so many sailors coming back year after year.”

Racing will take place over a mixture of windward-leeward and coastal courses. As usual there will be a magnificent social programme including the annual International Maxi Association Dinner and parties sponsored by Rolex and Audi. 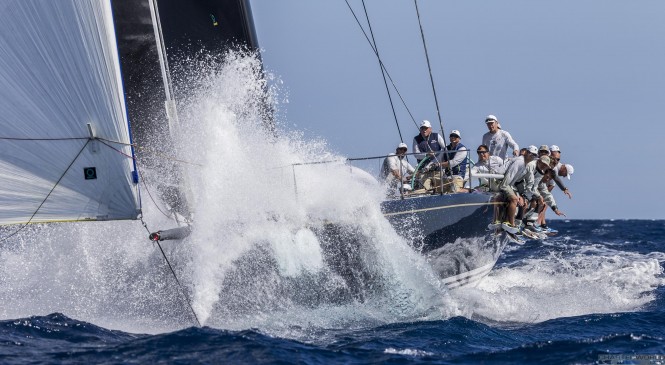 The International Maxi Association (IMA) represents the owners of Maxi yachts from all over the world. Recognised in 2010 as the ISAF international class of Maxi yachts, the IMA is uniquely entitled to organise World and European championships for Maxi yachts. 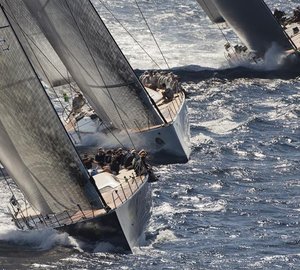 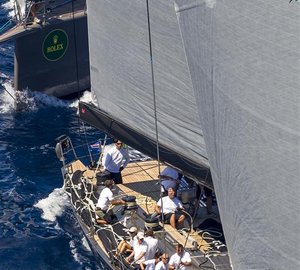 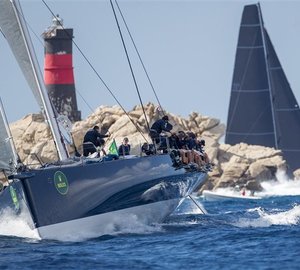