This year’s Marine Equipment Trade Show (METS) saw Carla Demaria, President of Monte Carlo Yachts, Board member of Italian Yachting Federation (UCINA) and the Board of Bénéteau Group and General Manager of Bénéteau Brand, give an amazing keynote speech at the opening ceremony of event. Maritime industry leaders from around the world gathered in one of the lecture halls in the Amsterdam RAI congress centre during the METS 2014 Breakfast Briefing to hear Demaria describe how the philosophy of adaptive evolution has paid dividends for her company. 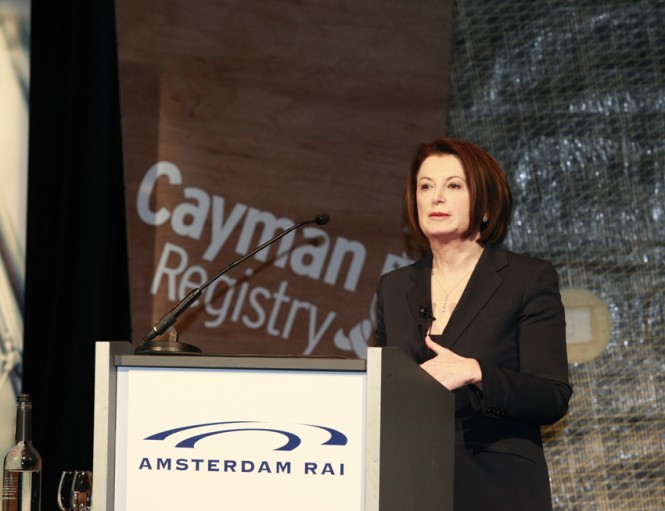 Demaria began her presentation by reminding the audience of how innovation and creativity had guided the Bénéteau Group’s expansion over the last 130 years and enabled it to become the second-largest boat manufacturer in the world and number one sail manufacturer. “You cannot last so long in this business without having the right recipe for success,” she stressed. “Bénéteau has been able to make the tough and even revolutionary decisions required to guide the group through the years.”

Taking the famous words of Seneca as her template – ‘there is no favourable wind for the sailor who does not know where to go’ – Demaria reflected on how the third generation of people at the helm of the Bénéteau Group had maintained a clear vision. “But vision alone is insufficient,” she warned. “You also have to convert that vision into a coordinated strategy and a structured plan on how to reach your goals. And in a rapidly changing world such as ours, these strategies then have to be adjusted accordingly.”

Pointing out the near impossibility of making specific predictions for the future of the yachting sector, Demaria stressed that adaptation was the only strategy that could be sustained in the long term. “Rapid change makes fast actions to those changes indispensable. In the Bénéteau Group we call this process adaptive evolution – the ability to reduce the time taken to act to changes in the market. We have devised the capability to anticipate the meaning of changes and to continue to deliver the adaptive response required.”

Demaria illustrated her point by looking back over the past six years. Just before the recession hit in 2008, the Bénéteau Group’s turnover was € 1.015 billion, but this fell to € 659 million in 2009. By taking rapid decisions that faced the reality of the new market, the company was able to return its turnover to € 921 million by 2011. “We were able to recover from a very sticky situation and keep turnover reduction to the short term and to the minimum,” she added. “Although we had to take difficult decisions that required laying off employees, we now employ more people than in 2008 as short-term decisions have bought long-term gains.”

According to Demaria, a philosophy of adaptive evolution must impact all parts of a company, and the establishment of Monte Carlo Yachts gave the Bénéteau Group the chance to maximise its potential. “We have left behind the philosophy of ‘make and sell’ (which is fine when there are more customers than boats) to one of ‘sense and respond’, whereby a fast action is assured to rapid change. In management terms, this translates into a customer-driven approach that is a genuine priority, not a slogan.

Organisationally speaking, Monte Carlo Yachts operates a hierarchy of outcomes rather than a hierarchy of authorities. All managers are functional to the outcome, which is the needs of the customer. We have moved from a typical strategic plan of actions to a strategic plan for actions, whereby we have learned to listen and explore before responding to whatever is occurring.”

Demaria is convinced that the old adage that the best product requires the best process is truer than ever. She explained how the team had spent a number of days studying the manufacturing procedures at Porsche. “The inspirational benchmark set by Porsche serves as an excellent case study for a lean transformation and continuous improvement. At one time this iconic company was declining and radically needed to reduce the number of hours spent on each car. Today it has a high content of externally added value, with 80% of every car being provided by equipment suppliers.”

Of particular interest to Demaria and Monte Carlo Yachts was the requirement for well-functioning partnerships, robust company processes, professional network management and integration of suppliers. “We have learned how to share know-how with suppliers and integrate them into production development at an early stage. This in turn enables suppliers to control costs so that builders are not required to constantly seek lower costs.

“At Monte Carlo Yachts we have experienced a similar process breakthrough, practicing innovation via lean transformation and taking a fresh approach to the supply chain. This enabled us to create the MCY 76 which, despite being our very first motorboat, built from scratch, has become the most awarded boat ever. This did not happen by chance: it is the result of the best product being made by the best process. Construction is carried out in different phases, saving us almost 50% on production time, and we have a deep integration with the designers who know our process inside out and maximise the design proposals they make accordingly.”

Quoting Albert Einstein, Demaria ended her speech by urging the marine industry to see the crisis as an opportunity for progress. “Be open-minded, flexible and always ready to act to changes,” she concluded before moving on to be interviewed on the new Innovation Stage in the RAI and give a spontaneous talk to the METS Young Professionals Club. Ms Demaria has a message to spread… And it is going down very well indeed at METS! 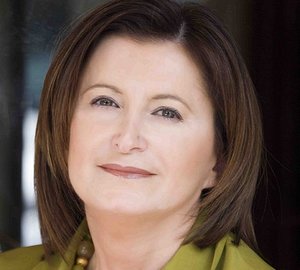 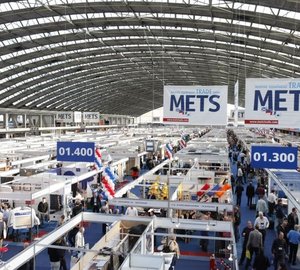 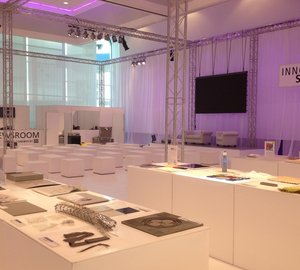 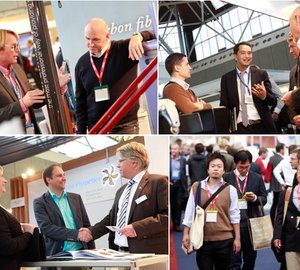