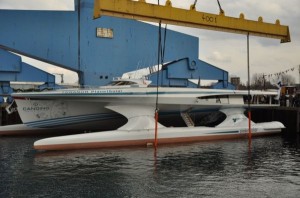 Catamaran PLANETSOLAR which is the world’s largest solar powered yacht designed to circumnavigate the globe was launched to celebration on the 31st of March 2010.  The PlanetSolar catamaran was designed by Raphael Domjan and built by Knierim Yacht Club in Kiel in northern Germany.

Super yacht PLANETSOLAR – the largest solar-powered catamaran in the world touched the water for the first time on the 31st of March. An enormous and very imposing crane tower over 110 metres, removed the massive 60-ton PlanetSolar from her hangar and placed her delicately into the Baltic Sea where she will remain for a test period of several months before she is shipped to the Mediterranean. The manoeuvre took over an hour and guests enjoyed the spectacle of the “flight” of PlanetSolar in the skies over Kiel in Germany.

The yacht PLANETSOLAR expects to undergo tests and use the propellers for the first time in April. From the 5 to 10 May 2010 the first voyages and celebrations will be held in the port of Hamburg.

We will keep you updated on developments regarding PLANETSOLAR. Contact the CharterWorld team for further information or to enquire about chartering a yacht for your own private world tour! 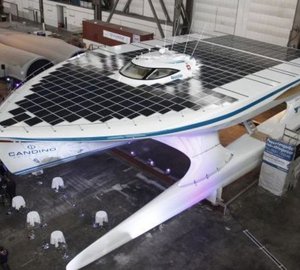 The Blue Coast 95 Custom Catamaran to be launched this summer. 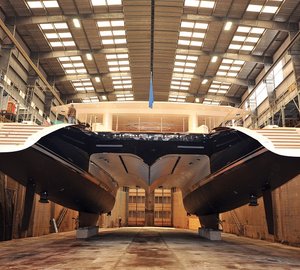 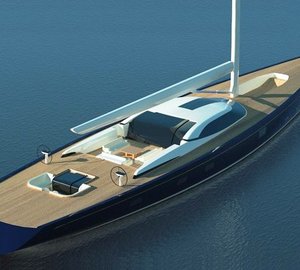