In Pictures: Superyacht LONIAN from Feadship

After cruising for a year free from publicity, the Owner of 87m/285ft motor ...
Browse News Section

In Pictures: Superyacht LONIAN from Feadship

After cruising for a year free from publicity, the Owner of 87m/285ft motor yacht LONIAN has released close-up images of her exteriors and the top quality amenities integrated into her surroundings. 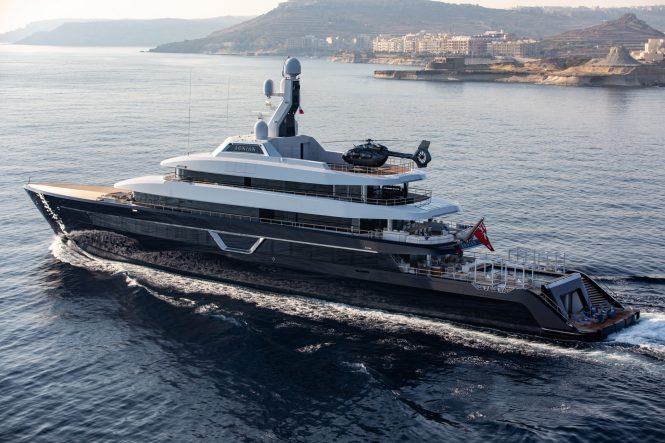 Running shot of LONIAN yacht with a helicopter onboard – Photo © Feadship

M/Y LONIAN was designed for Owners who like to spend a lot of time away from marinas, dropping anchor in secluded bays for hours exploring the location on the water toys. The exterior styling is the work of Sinot Exclusive Yacht Design, who also worked on the interiors in collaboration with Richard Hallberg Interior Design. 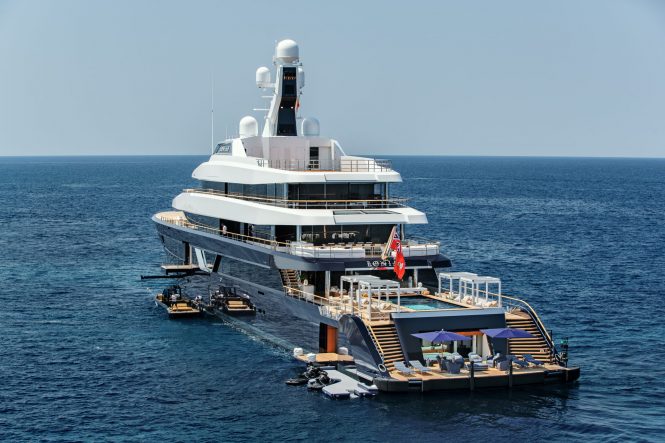 At anchor with opened beach club and toys – Photo © Feadship

The midnight blue hull paint and gloss finish create an imposing character further accentuated by strong horizontal lines, liberal use of stainless steel accents, a contrasting white superstructure and a raked bow. Although on first glance she may seem traditional in appearance, subtle contemporary touches such as large windows around the perimeter of each deck make a world of difference to how life onboard is experienced.

There are 22 different hatches, openings and terraces on board which grant guests close access to the surrounding environment, whether dining indoors, unwinding in the beach club or waking up to breakfast alfresco in the Owner’s cabin.

The highlight of the main deck aft is its central swimming pool, placed 50cm above the deck height and designed with a glass bottom to illuminate the beach club below. The swimming pool has a wide cinema screen integrated into the end of the pool so that guests can watch a film with surround-sound audio while resting on the surrounding cabanas or while taking a dip. 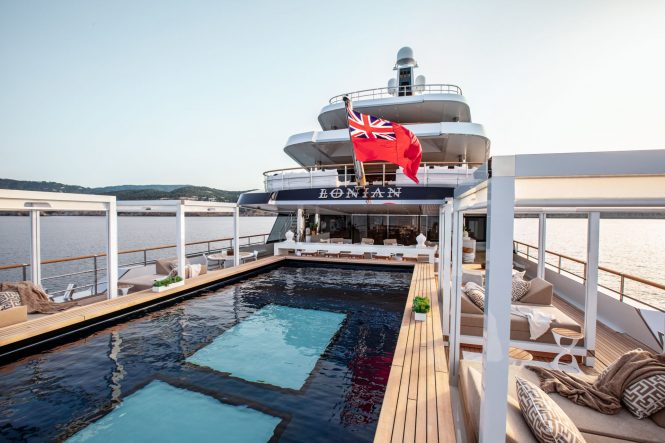 Amazing pool with seating and relaxation area around – Photo © Feadship

Access to the beach club is simple with two large staircases leading down to a transom hatch which opens and closes much like a convertible car and transforms into a flush swim platform, leaving no visible signs. The beach club also has hatches to port and starboard, and to avoid flooding these alfresco terraces and the area within, they have been built a certain height above the waterline.

The Owners’ deck comes with a Jacuzzi that has a custom heating and cooling function, allowing its occupants to choose from a range between 10 and 38 degrees – perfect for cooling off on a hot day or as a plunge pool after a workout session in the bridge deck gymnasium. 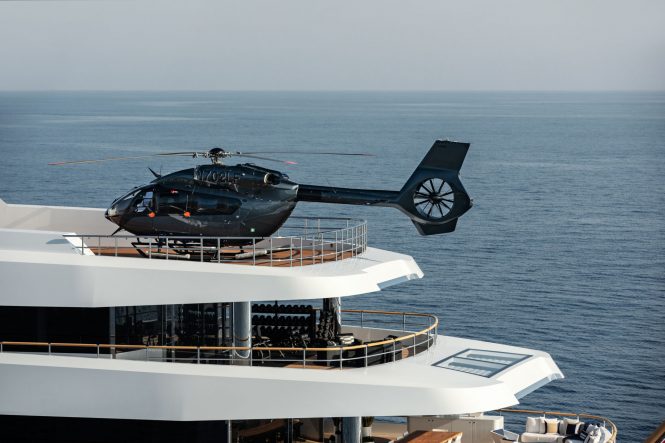 Detail of the helideck – Photo © Feadship

In addition to boarding by tender, guests can also fly in by landing on the sundeck aft, which is fully equipped for an AW169 helicopter.

The accommodation sleeps up to 14 guests over seven en-suite cabins consisting of a Master suite, two VIP staterooms and four other guest cabins, while a crew of 31 will ensure that guests are well taken care of wherever they travel.

More information about the interiors has yet to be revealed, but an earthy contemporary palette has been used to create tranquil living spaces and for ease of access a glass lift/elevator connects all five decks. 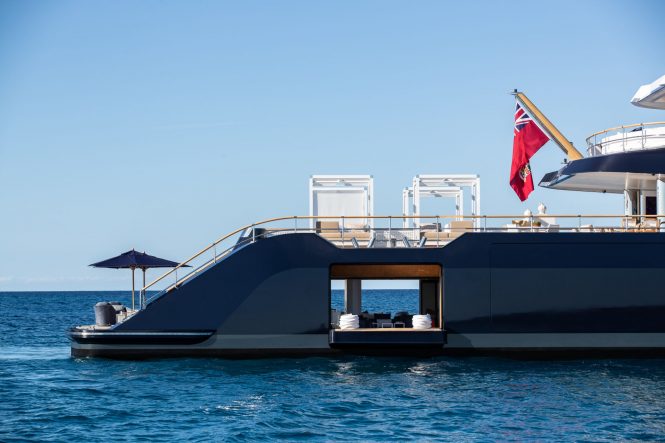 Luxury yacht LONIAN is capable of a top speed of 18 knots, a cruising speed of 12 knots and a range of 5,000 nautical miles that allows her to cross the Atlantic with fuel to spare using a full hybrid diesel-electric engine.

Following M/Y LONIAN on her adventures is a 66m/216ft support vessel that can carry an additional 20 crew plus a variety of water toys and vehicles such as a personal submarine. 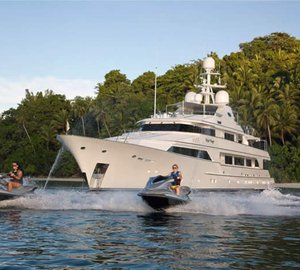 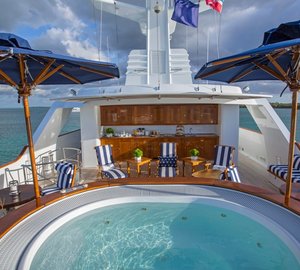 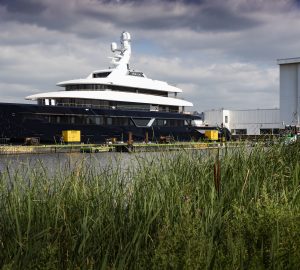