Before the 34th America’s Cup kicks off, crews of youth sailors will have their ...
Browse News Section

Before the 34th America’s Cup kicks off, crews of youth sailors will have their chance in the spotlight. The Red Bull Youth America’s Cup will start on September 1, 2013, and today ORACLE TEAM USA presented two U.S.- based teams to earn a spot in the final. Team America Racing will represent the USA, while American Youth Sailing Force will represent San Francisco. For the upcoming nine months, both teams will train for the Red Bull Youth America’s Cup under the tutelage of ORACLE TEAM USA. 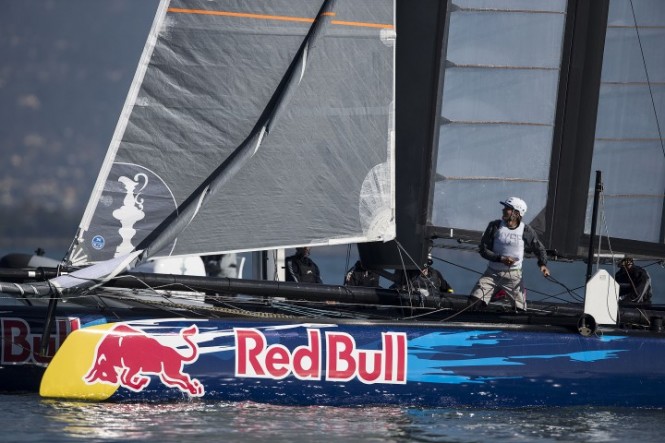 “It’s honestly the most amazing feeling ever,” said Team America Racing trimmer and team manager Jacob La Dow (San Diego, Calif./St. Mary’s College of Maryland). “It’s a dream come true, and at first I couldn’t really believe we had done it. In the beginning of this process, we weren’t as organized. But, with a lot of practice and communication we really came together as a team.”

Six crews entered the team selection trials, which included two-day training sessions at the ORACLE TEAM USA base in San Francisco. The trials featured physical training and instruction both on and off the water, and the teams sailed onboard an AC45 for the first time under the supervision of ORACLE TEAM USA sailors – the same class of wingsail catamarans raced in the America’s Cup World Series.

“It’s a massive stepping stone toward getting involved with the America’s Cup,” said ORACLE TEAM USA coach Darren Bundock. “We were looking for a variety of things – mainly potential – and finding those teams that gelled together and that we think can go forward and win the Red Bull Youth America’s Cup.”

The teams were evaluated on several factors, such as boat handling, trimming skills and crew communication. All were mentored by ORACLE TEAM USA sailors and coaches, Philippe Presti along with Bundock, throughout the team selection process, and they will continue to receive coaching and guidance through to the finals.

“Our team is very honored – it means we performed well in the selection and are on the right track, and that they feel we have what it takes to do well in the Red Bull Youth America’s Cup,” said Team America Racing skipper Charlie Buckingham (Newport Beach, Calif./graduated Georgetown University). “To be able to learn from ORACLE TEAM USA is going to be so huge for our team. Now we can keep getting better with some expert help.”

The youth sailors are ages 19-24 and hail from around the U.S., including many from the San Francisco Bay Area. The crews are made up of collegiate All-Americans, youth World medalists and members of US Sailing’s Development Team. Six sailors are onboard for each crew, one more than America’s Cup World Series teams as the youth sailors are, on average, 40-50 pounds lighter than a Cup sailor.

“I grew up sailing on the San Francisco Bay, so I feel very comfortable in the Bay and have sailed in pretty much any condition. Everyone on our team has sailed there at one point or another,” said American Youth Sailing Force skipper Michael Radziejowski (San Francisco, Calif./UC Santa Cruz). “Sailing a catamaran on the Bay is definitely going to be a huge challenge, but I feel confident with our team, and I think everyone has the same appreciation for the Bay.”

Many sailors on both Team America Racing and the American Youth Sailing Force will now balance training for the Red Bull Youth America’s Cup with attending university and competing on their university sailing teams, while others will balance daily professional work schedules. They will make periodic trips to train with ORACLE TEAM USA in the coming months, with more extensive training to take place next summer.

“It’s a huge weight lifted off our shoulders to be selected,” said Ian Andrewes, American Youth Sailing Force team manager. “But, now going into this next step, it doesn’t mean it’s going to get easier. I think everyone on the team realizes how much we’ve all been working towards this goal, and we’ll continue to push hard through to the finals.” 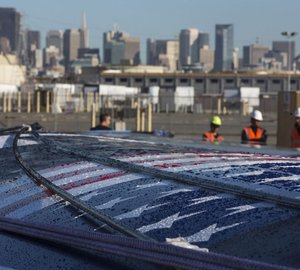 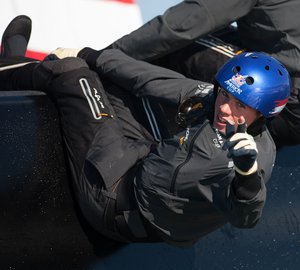 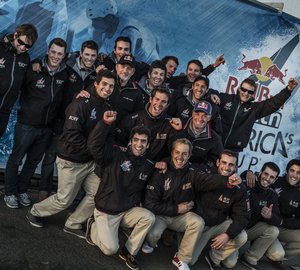 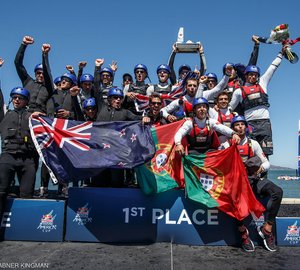