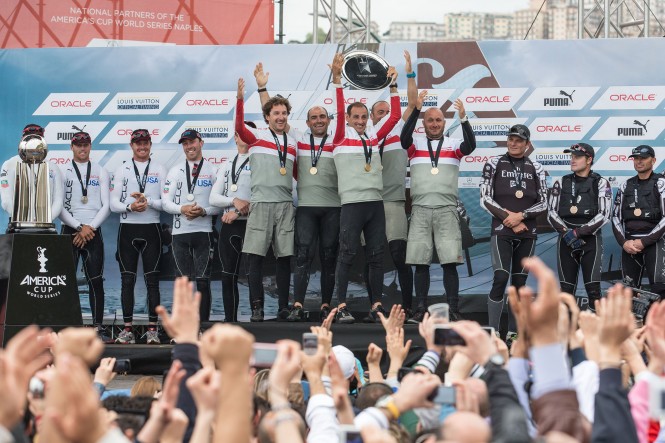 Bruni posted a thrilling win in the fleet racing finale, coming from behind on the final run in a race that saw the lead change hands three times.

The win was cathartic for the emotional Italian helmsman. Earlier in the day Luna Rossa Swordfish lost the match racing championship to ORACLE TEAM USA SLINGSBY. Bruni was critical of his performance in the loss after leading the match early on.

“This win was the only way to forget our mistake in the match racing,” said Bruni, who will be the tactician aboard Luna Rossa Challenge’s AC72 in the upcoming Louis Vuitton Cup, America’s Cup Challenger Series (July 4-Aug. 30).

“The fleet race win really means a lot to me. We had an opportunity for the double win, but just missed out. I can’t thank my crew enough, Paul Campbell-James, Max Sirena, Xabi Fernandez and Manuel Modena. They did a great job today.” 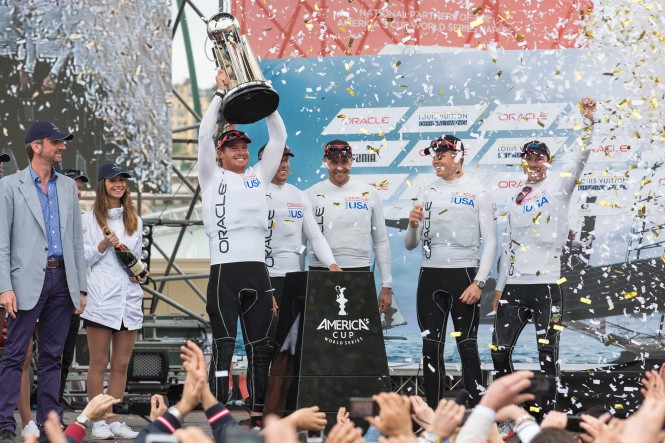 Slingsby delivered on his stated goal: to secure the overall 2012-2013 America’s Cup World Series season championship for ORACLE TEAM USA, the defense team in the upcoming 34th America’s Cup (Sept. 7-21). He wrapped up that championship yesterday and today added the match racing title as well.

“I’m really proud to be getting the America’s Cup World Series trophy for ORACLE TEAM USA,” said Slingsby. ORACLE TEAM USA also won last year’s championship. “Jimmy Spithill and his team set it up for us. We just had to come here, do our best and luckily he gave us enough of a lead to take home the trophy.”

The second America’s Cup World Series Naples surpassed last year’s event in terms of spectators. Local event officials estimate that more than 1 million people have turned out along the Naples waterfront and in the Race Village to enjoy the week-long event.

The crowds began coming out in force last Sunday with some 100,000 people estimated to have lined the shores of the Bay of Naples for the informal coastal race. The fans kept returning, lured by close racing yards from the shoreline and nightly entertainment at the Race Village. 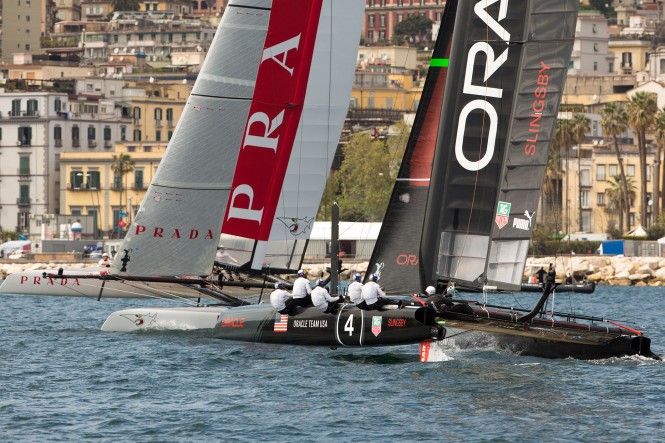 Slingsby won the match racing championship by overtaking Bruni on the second upwind leg. After trailing by 22 seconds at the leeward gate, Slingsby showed the moves that have earned him the nickname “the wind whisperer” due to his ability to sniff out wind shifts and puffs.

“It was so shifty that I honestly thought we had a good chance,” said Slingsby. “I knew if we could get them out of phase on the shifts and we were in phase, huge gains could be made. We said we could catch them and I’m so glad that we did.”

Slingsby passed Bruni when the Italian failed to cover. Until that moment, Bruni had sailed a brilliant match. He showed great patience in the pre-start, stuffing Slingsby and holding him off the course.

“We did everything perfectly until that moment,” said Bruni. “We made a couple of big mistakes on the last upwind leg. The wind was shifting a lot and we had a couple of bad tacks where boat completely stopped.” 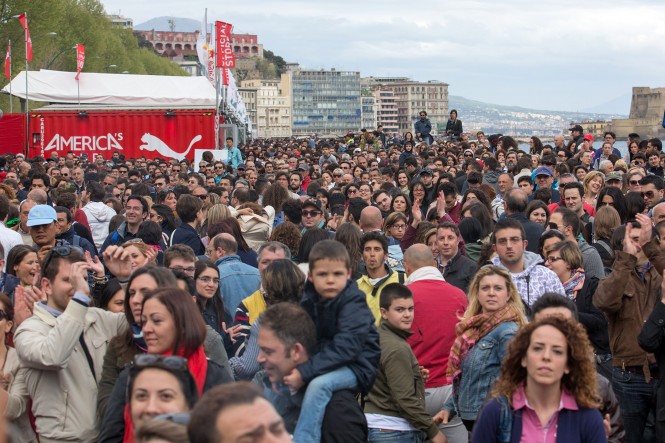 “I think we were going so well just before event, we probably got a little bit expectant and ahead of ourselves,” said Draper, the helmsman of Luna Rossa’s AC72. “But we’re pleased to place second overall in the series. There are a lot of good teams out here.” 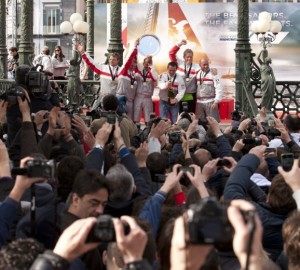 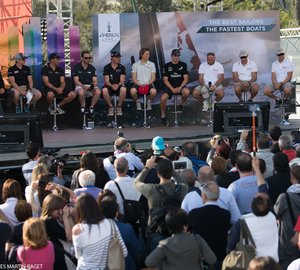 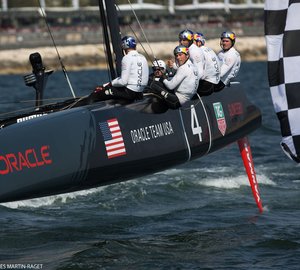 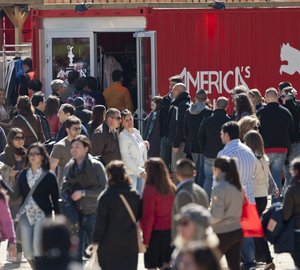