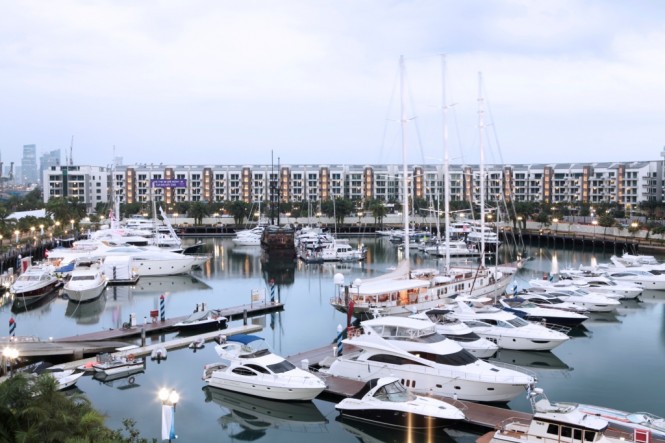 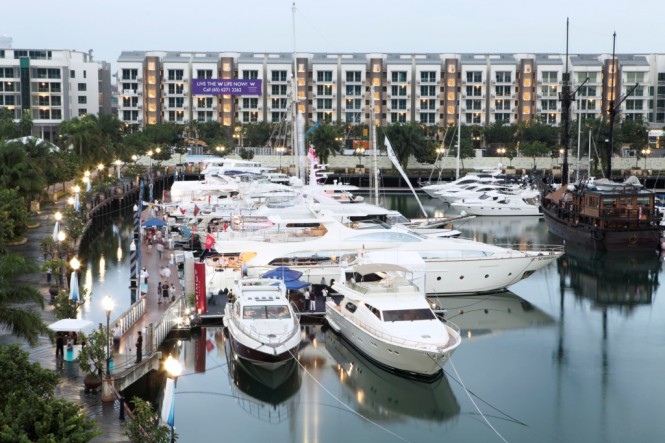 The excellent turnout and the exceptionally positive response from the exhibitors underlined the tremendous potential for the large yacht business in  South East Asia and the region’s ambitions to become the “third destination” for the global cruising fleet, said organisers Informa Yacht Group (IYG). By the end of the show, at Sentosa Cove’s ONEº15 Marina Club, excited exhibitors reported that a number of multi-million dollar deals were subsequently under negotiation. 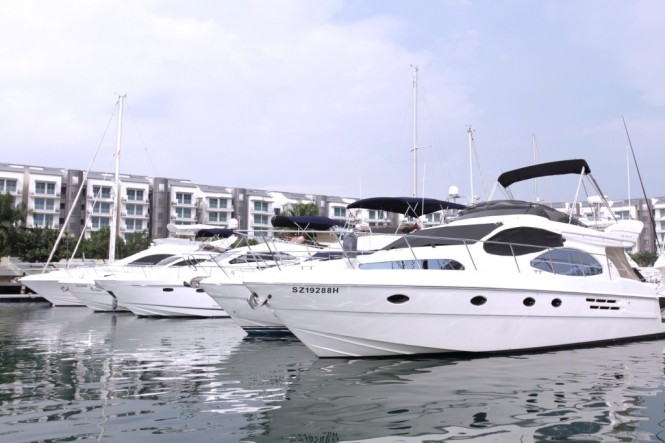 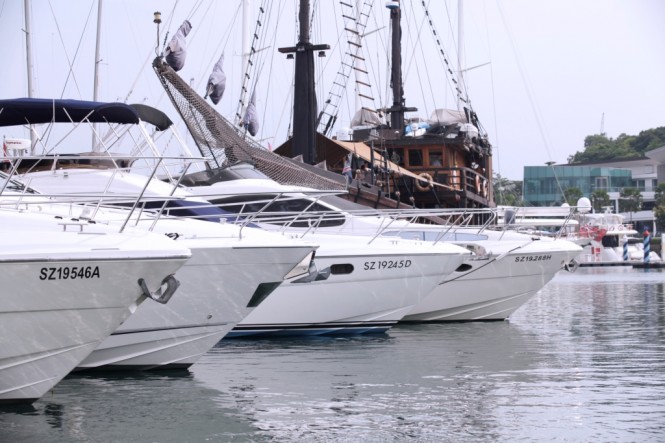 Boats in the Marina at the Inaugural Singapore Yacht Show 2011 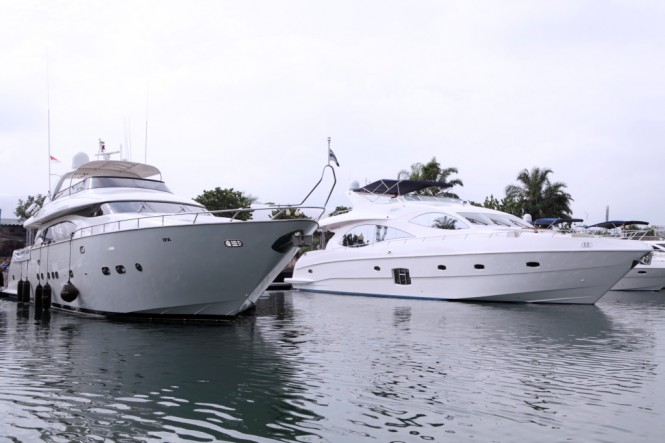 Asia’s elite rubbed shoulders with 30 or more superyacht builders, brokers and suppliers at the highly successful preview event.  Exhibitors welcomed the new Singapore Yacht Show as a perfect platform to promote and develop the industry in Asia.

Jeff Partin featured Jade Yacht’s flagship Jade 95 motor yacht and he was very impressed with the show and visitor profiles: “We are very excited and pleased to be here. I think the Singapore Yacht Show has been very thoughtfully organised for an inaugural show and I can’t wait to come back next year.” 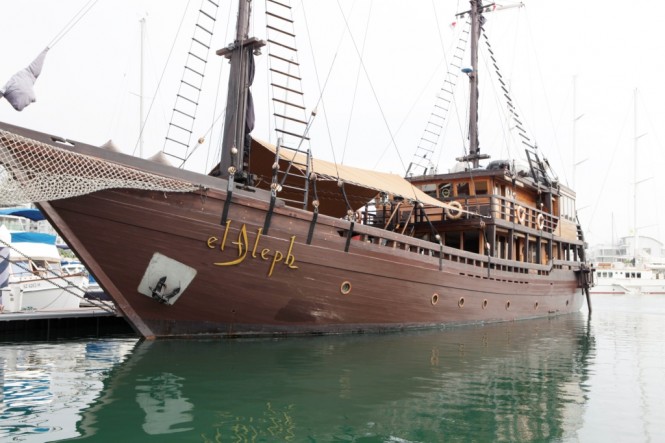 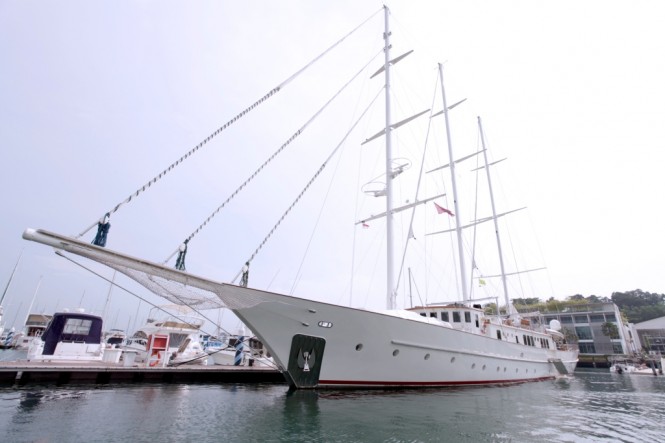 Russell Morris, Sales and Marketing Director for US builder Palmer Johnson, was equally as impressed: “We were unfortunately not able to bring one of our boats down here at such short notice, but we most certainly will next year, and we still had a lot of high-quality visitors to our stand leading to some exceptional enquiries,” he said.

United Arab Emirates superyacht builder, Gulf Craft, also had great success with their Majesty brand, and undertook sea trials in the days following the show for several buyers. More than just yachts, the Singapore Yacht Show was about all that the yachting lifestyle has to offer.  Lippo Realty sold a multi-million dollar waterside apartment located in the Oneo15 Marina precinct and BMW’s deals on their sports range, M Car, and 5 and 7 series were well received by the high net worth individuals visiting the show. 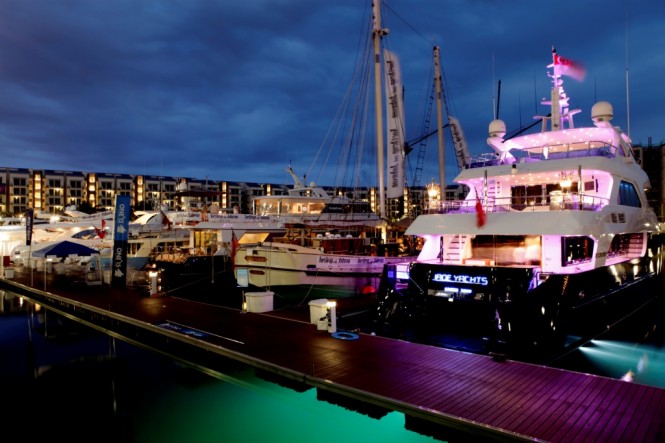 The show’s diverse social programme provided the final element to the successful event.  After an official opening by Senior Minister of State for Trade and Industry, Mr S Iswaran, visitors and exhibitors alike convened to the Capella Hotel for a glamorous and entertaining Gala Dinner supported by Rolls-Royce Motor Cars Singapore and Remy Martin.  With a change of pace, Saturday evening was buzzing with numerous parties on board the yachts, giving VIP visitors the opportunity to fully experience owning a superyacht.

The show closed on Sunday in high spirits as the region had really demonstrated its appetite for the world of luxury yachting and the potential for doing business here. Andy Treadwell, IYG’s Managing Director said, “The tremendous feedback we have received from the exhibitors, the genuine interest from the visitors and the number of serious buyers that attended has been extremely encouraging. I think all our exhibitors have confirmed their intention to return for next year’s SYS.”

He added: “All the team, including our partners, sponsors and exhibitors have worked hard and collaboratively to make this a successful show for all. Furthermore, it is the foundation of Singapore’s future and leadership in driving the superyacht industry in this fantastic region.  We are already working towards 2012 and we have great plans for a show to really impress!”

The Singapore Yacht Show was supported by the Singapore Tourism Board and the Superyacht Singapore Association, with ONE°15 Marina Club as the official venue partner, as well as BMW Group Asia and Bank Julius Baer as the show’s main sponsors.

The Singapore Yacht Show will return to ONEº15 Marina Club in 2012. 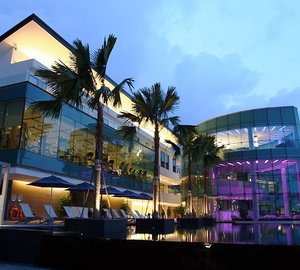 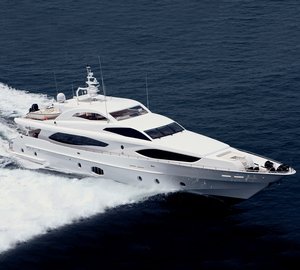