The 62m/203ft luxury yacht ATHOS has returned to her Owner after an extensive ...
Browse News Section

The 62m/203ft luxury yacht ATHOS has returned to her Owner after an extensive refit inside and out at the Royal Huisman Huisfit facilities in Amsterdam.

Designed by Hoek and built by Holland Jachtbouw in 2010, S/Y ATHOS has undergone an extensive series of changes – some obvious, some almost unnoticeable – to improve the quality of life on board greatly. Hoek returned as a naval architect for this project, creating the changes to the majority of the interior layout. Peter Mikic Interiors provided the new interior styling as well as the layout for the new deckhouse. 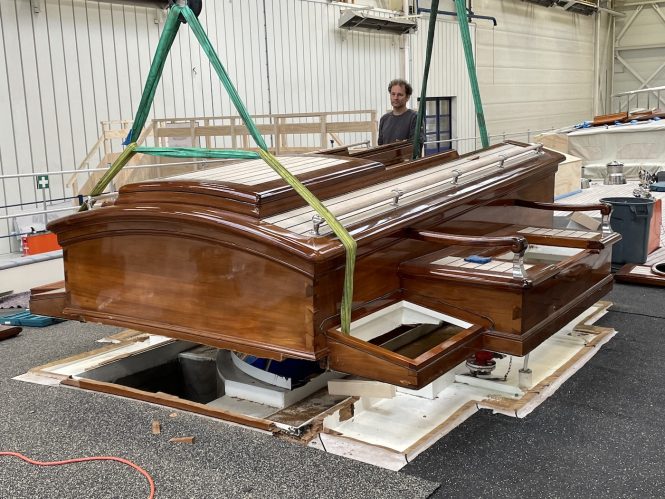 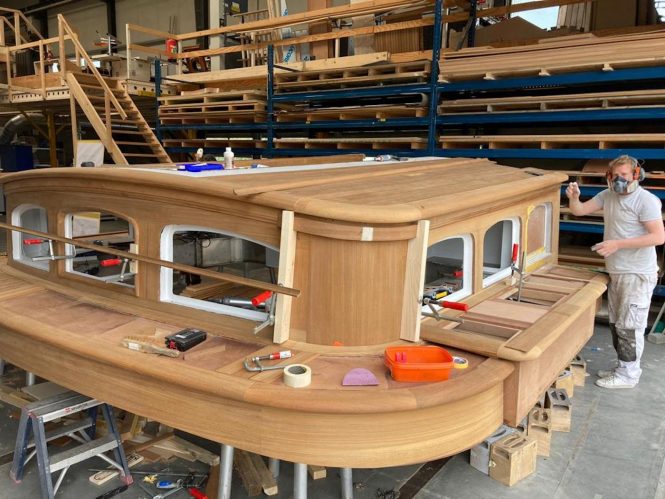 For the external changes, the stern overhang has been extended by 1.25m/4ft to accommodate new sunbeds. The Owner’s cockpit leading down to the Owner’s suite has been reconfigured to include a fridge and ice maker, with improved access going down below deck. 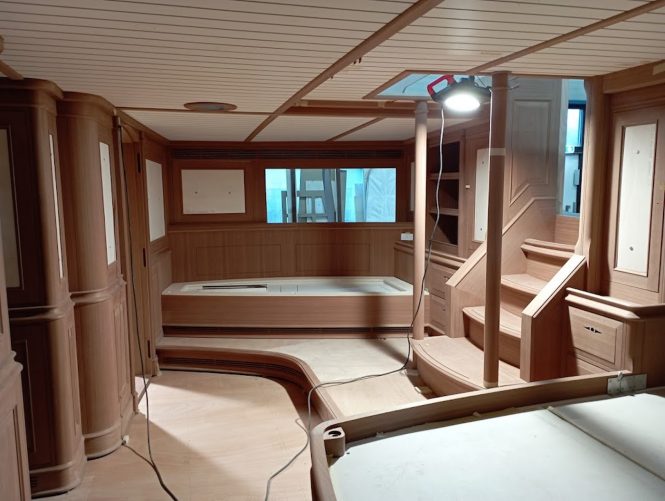 Athos interior during conversion by Huisfit – photo by Wynne Projects

The main cockpit is now capable of seating up to 12 guests for alfresco meals, while the surrounding sides have been fitted with a seating and adjustable tables that can be used for casual coffee mornings or more formal, larger meals.

A new forward navigation deckhouse was added, along with new booms, sails and carbon rigging for better performance and sail management. The main deckhouse has been raised up by one level for improved views for both the Captain and guests. A new design layout has increased the natural light able to penetrate within, improved traffic flow and created the sense of a much larger environment. 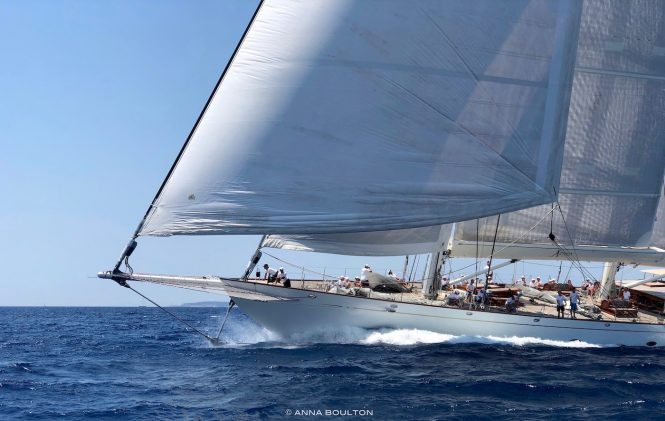 Forward, what was once the crew companionway has been removed and replaced by a third deckhouse, which has given the crew an additional social area while at the same time improving ventilation to the engine room, thereby significantly reducing the generated noise.

The crew quarters below have new floors, a crew mess with new countertops, plus a laundry with new appliances. The Owner’s suite aft has been completely stripped out and redesigned, giving an additional porthole on both sides and a sofa/daybed underneath. Other changes include two bathrooms (one of which has a bathtub and the other a shower) and a walk-in closet.

Forward of the Owner’s suite, a lower deck day head has been removed and the recovered space has been incorporated into the port guest cabin, allowing for a fixed queen bed and a sofa. The other guest cabins have been reupholstered, as well as the corridor, which has a new chandelier to complement the new walls and flooring.

Athos yacht after conversion at Huisfit Amsterdam © by Guy Fleury

Lastly, the galley and salon beneath the main deckhouse have undergone a layout improvement: While the starboard social area has been refurbished, the port galley now has the latest equipment and a stewardess station, enhancing the working area for the chef. The fireplace in the salon was removed and a wall has been added between the two spaces, creating a more intimate ambience for films and conversation.

S/Y ATHOS is now ready for the festive season, where her modifications are sure to please her Owner for an improved living experience aboard a cherished yacht. 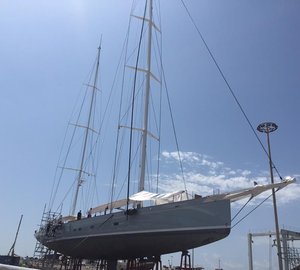 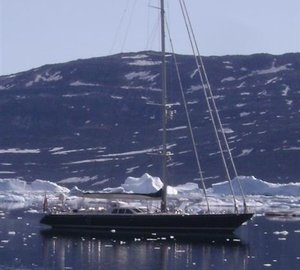 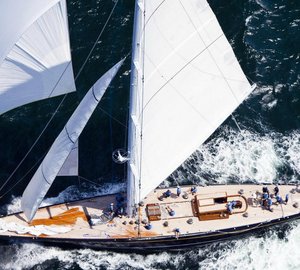 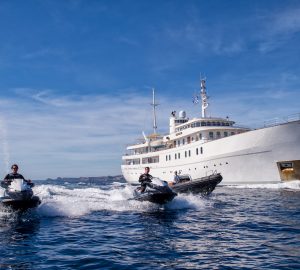 72m SHERAKHAN yacht charter special: enjoy 10 days for the price of 8 in the Caribbean 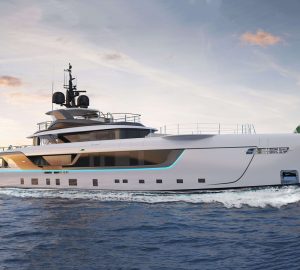 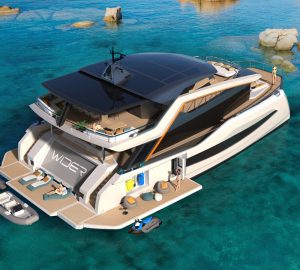 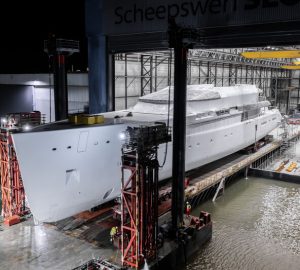 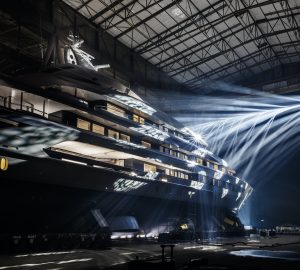 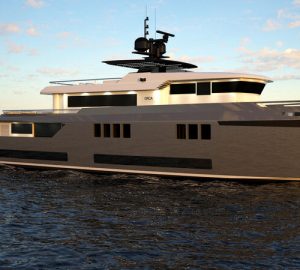 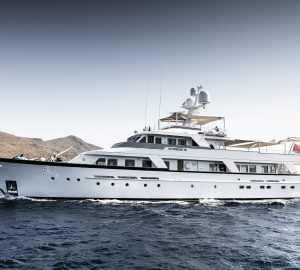