Trade Show Executive Magazine has named IBEX, The International BoatBuilders’ Exhibition & Conference  to the Fastest 50 Class of 2014. IBEX received recognition in two categories: growth in the number of exhibitors as well as growth in attendance. Plans are in full swing for the growth to continue for the 2015 event, set to be held at the Louisville Convention Center in Kentucky, September 15-17, 2015.

“We are thrilled to be recognized by the leading event industry magazine as one of the fastest growing shows in the country,” said Anne Dunbar, IBEX Show Director. “We have incredible plans for the upcoming show in September to continue to build upon our commitment to the produce the marine industry’s largest technical trade event.”

Following the 2014 event, which took place in Tampa, FL, September 30 through October 2, organizers of IBEX announced that the event attracted 6,900 attendees, a 47 percent increase compared to 2013 and that the 558 exhibiting companies represented a 15 percent increase in exhibitor participation compared to the 2013 show.

“I am so happy to announce that IBEX, The International BoatBuilders’ Exhibition & Conference has just been named one of Trade Show Executive’s 50 Fastest-Growing Shows of 2014,” said Darlene Gudea,President of the magazine. “Congratulations to the entire IBEX team – this was no small accomplishment!  The average trade show in 2014 grew only 2% in each of these three categories.” 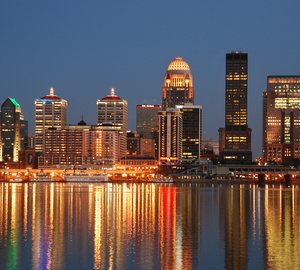 IBEX to open in one week