Yesterday, January 19, 2015, saw the Genoa International Boat Show present to the international trade press the guidelines for the upcoming edition of the Boat Show at one of the most important marine trade fairs worldwide, the boot Düsseldorf. Given the success of the 2014 format, the Boat Show aims to become a strategic hub at the centre of the popular Mediterranean yacht charter location. The new format will reinforce the traditional exhibition areas, which will be flanked by new spaces dedicated to enthusiasts of every kind of water sport. Boaters from all over the world are invited to come to Genoa and discover what is new in the boating world, making Italy their first stop to give free rein to their passion for the sea. 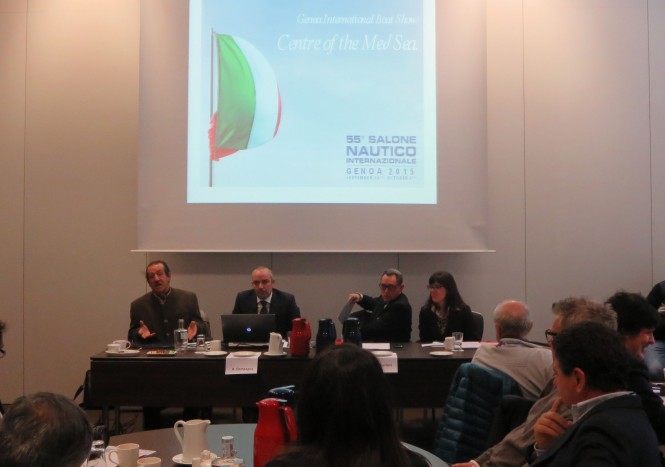 The results of the 2014 Genoa International Boat Show, considered more than satisfactory by its organisers, confirm the success of the direction taken with the new development plan launched in 2013. Moreover, they encourage the organisers to strengthen strategic product areas and develop new ones.

Over 109,000 visitors registered for the event in just five days, making it the most popular boat show in the Mediterranean, and the first in terms of the range of product categories represented.  To quote a few figures: 1000 boats were on display both in the water and on land; 760 exhibitors presented over 100 new products; 1300 navigation trials were conducted, with a total of around 3000 people engaged in testing the most innovative ‘jewels of the sea’. Other impressive figures include potential turnover and the opinion of the exhibitors, 53.8% of which – according to the Italian Nautical Observatory – were more satisfied with the quality of the contacts made compared to the previous edition. And again, the event was attended by 1450 journalists working for 410 publications from 30 different countries. These are encouraging results, especially considering the none too positive economic situation currently facing Europe.

A parameter that is not so easy to measure, but that the organisers consider essential, is the atmosphere perceived and the renewed passion of visitors, who not only learn about the latest innovations in boating, but who are also given the opportunity to live new experiences connected with their passion for the sea.

The natural consequence of these considerations is the desire to strengthen and develop the three-year strategy launched last year, rooted in the organisation’s new structure. The 2014 Genoa Boat Show was the first organised by the newly established private enterprise, I Saloni Nautici SpA. The company has UCINA Confindustria Nautica as its shareholder and can move nimbly on the market, which it knows inside out.

“Our industry, our market, our production skills need their own show-window” stated Lamberto Tacoli, who, as vice president with greater seniority, took over the office of President in UCINA Confindustria Nautica after Massimo Perotti recently resigned. “That’s no secret that discussions during the last few months confirmed October for the Genoa Boat Show. The season opens with the project for the 55th edition  that UCINA entrusted to I Saloni Nautici, as  for the last year’s one,  the first with a new formula: President of I Saloni Nautici, Anton Fancesco Albertoni, and Boat Show Manager, Alessandro Campagna, started with an innovation project according to the changed market requirements.”

“The project for the 55th edition of the Genoa International Boat Show is  already ahead “ confirms President Albertoni. “The dates have been decided, the organization structure is  definite, rent contracts for the exhibition ground have been already clinched, contacts with main partners started; and all this well in advance. The exhibition layout aims at strengthening some of the  distinctive aspects of our Show: first of all the range of products represented. Dividing the Show into four main areas – outboard motors and inflatables, powerboats and motor yachts, sailing, accessories and components – works well for the target audience, and each sector will enjoy new tools tailored to their specific needs so as to better meet the expectations of both visitors and exhibitors alike. One big innovation is the expansion of certain areas – fully-fledged worlds for sea lovers and water sports enthusiasts in general – with the aim of attracting and engaging a large number of ‘new fans’, especially among the young, from all over Europe.

Most worthy of note are diving and recreational fishing, two sports practised by 250,000 and 1,300,000 people respectively in Italy alone. Then come all board-based sports, from windsurfing to kite surfing and water sports.”

The Genoa Boat Show is increasingly becoming an exciting and adrenalin-pumping experience: not only spaces set up to highlight certain categories of goods, but also major events offering visitors the opportunity to get to know products directly and test them personally, enjoying truly unique experiences.

During the first “Big Game Tournament”, to take place during the 55th Genoa Boat Show, participants will be hosted on fascinating fishing boats, and may make use of the latest equipment and test their navigational skills in the beautiful waters of the Ligurian Sea.

“The charm of the sea and the region’s potential: these are two strategic elements for the future of the Italian Boat Show; elements that we are working on to ensure a positive and long-term impact not just in the nautical field,” comments the Boat Show manager, Alessandro Campagna. “Italy is the leading tourist destination for visitors from outside Europe, with 56 million nights a year spent in hotels by Chinese, Brazilian, South Korean, American and Canadian citizens.  It is also the nation with the greatest number of UNESCO world heritage sites*. Recent laws reducing VAT for stays in marinas from 22% to 10%, combined with 8,000 kilometres of dream-like coastlines, are an important incentive for nautical tourism.

The year 2015, in Italy, is also about the EXPO. Twenty million guests are expected from around the world, and although the event is centred in Milan, it overlaps for a certain period with the Genoa Boat Show, situated just an hour and a half away by car or train. To seize this unique opportunity, the managers of I Saloni Nautici are already hard at work to establish synergies and develop ties, also of a logistical nature, between the two cities and the two events.”

This year’s edition will pursue a number of visitor-centric initiatives commenced last year, including positive partnerships with Italian brands of excellence. First and foremost, there is Eataly, a brand that promotes high quality Italian food and wine, and that in 2014 was entrusted with the entire catering at the Genoa Boat Show.

The significant work carried out last year to ensure a greater internationalization of the Fair will continue in 2015: investments for missions of operators and foreign journalists are, in fact, confirmed in the framework of the funding cost by Italian Ministry of Economic Development – Italian Trade Agency (ITA). 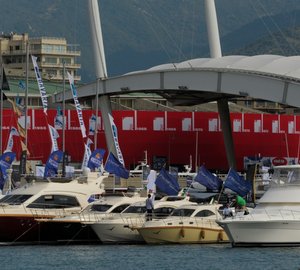 Video: Highlights of the 54th edition of the Genoa International Boat Show 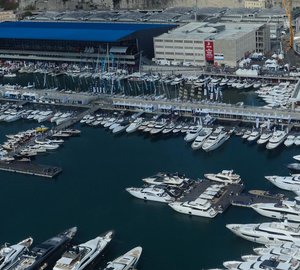