Friday, April 4, in the popular Caribbean yacht charter destination – Tortola in the British Virgin Islands, saw the first day of competing at the 2014 BVI Spring Regatta and Sailing Festival, with 82 yachts set for one of the three courses. Waves of rain squalls as well as winds gusting more than 20 knots kept racing exciting and fun for all those who attended. 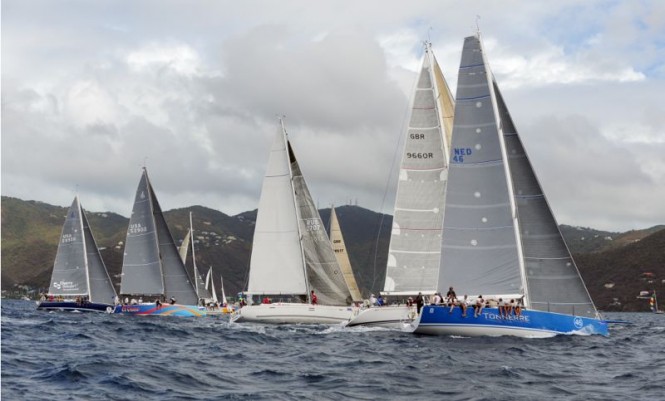 “It was all sorts of conditions – we had big rainy squalls, we had light spots, we had holes, big puffs and knock-downs,” said Michael Meyer from St. Thomas – a trimmer onboard the J/122 El Ocaso who is sailing in his 10th BVI Spring Regatta. “We did very good the first two races – a first and second – and in the third race we kind of had a meltdown with the weather and some equipment failures, so didn’t do too well. But, overall it was a great day.”

El Oscaso saw breeze up to 24 knots and as low as 12 out on the SOL Course. The boat currently sits in second place in the Racing 2 division behind Team McFly / Quokka’s Grand Soleil 43.

In the other two racing divisions, Tonnerre de Breskens 3 (Ker 46) collected three bullets, building upon a strong start to the week in the Nanny Cay Cup Round Tortola Race on Tuesday. In Racing 3, the local yacht Windemon (Tartan 10) leads with two first-place finishes and a second.

For the performance cruisers, Spririt of Venus (Beneteau First 40.7) won both of the day’s races to lead the division, and Sparti Vento (X-382) and Shamrock VII (J95) share the top of the Performance Cruising 2 division.

A crew of young, Royal BVI Yacht Club members are leading the IC 24s on the One Design Course onboard INTAC. The boat is skippered by 16-year-old Jason Putley, who is racing in his sixth BVI Spring Regatta and is used to the rain and squalls.

“We had a long distance race for the first race where we just went bow down to get speed, then went around Dead Chest with a long downwind to the finish. We finished second in that race – that was good for us,” Putley said. “We had good starts off the line always, and good boat speed. And at the end of the day we finished strong.”

Also on the One Design course was a four-boat fleet of Melges 32s. The Puerto Rican yacht, Smile and Wave leads the division, crossing the line in front two times. All four Melges 32 entries completed five races on the day.

Out on the Norman Island Course, the Sunsail 515 Ferry Tale / Mary Jewell had a fairy tale day, finishing first in both races in the Bareboat 1 division.

“We had a nice race this morning. It was a bit difficult at the beginning with the wind shifts. But we managed to round the islands – I think we were first or second,” said Ferry Tale / Mary Jewell skipper Willem Klomp. “In the second race, we lost our first place position after the start, but gained it back. There was a lot of rain, and it was difficult to see at times, but we enjoyed it and never mind the weather.”

In the Bareboat 2 division, The Whalers / Tortola Moon (Sunsail 41S3) leads with two bullets. For the Jib & Main 1 division, Hotel California Too (Cruising Santa Cruz 70) jumped from third in the first race to the top in the second and sits in the lead. Two local yachts – Red Stripe / Reba (C&C 41 CB) and Girasoli (Jeanneau 40) – are battling for the lead in the Jib & Main 2 division.

For multihulls, Boss Lady II (Moorings 4600) and Triple Jack (Trimaran) are ahead in the first and second divisions, respectively.

Similar breeze and clearer skies are forecasted for Saturday’s races. First starts are scheduled for 10 am.

On Saturday in the Regatta Village, the bar and food vendors begin serving at 2 pm. The evening will be highlighted by a Trèfle Swimwear Show poolside at 5:30 pm, along with an encore performance by aerialist Nichole Raab and lighting of Aragorn’s fire sculptures at 7 pm.

Raab is also racing onboard Peter Mapstone’s Beneteau First 47.7 Freedom of Humble with Team WAVE. The crew is raising awareness and funds for BVI Family Support Network throughout the week. 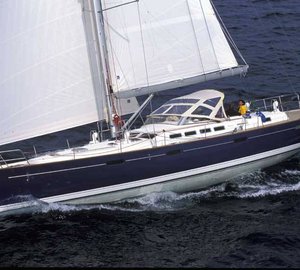 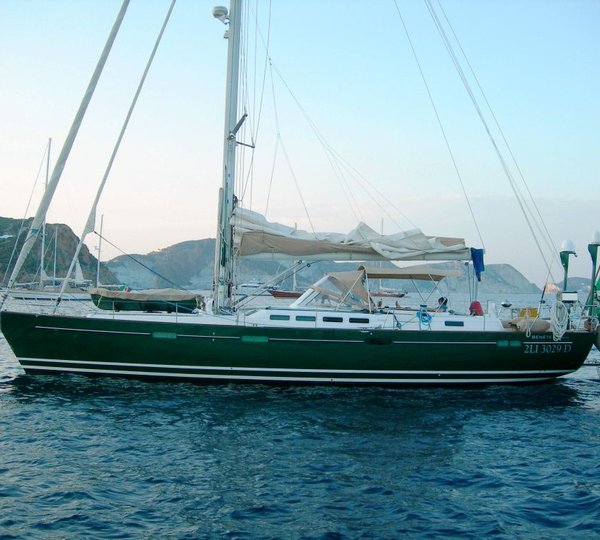 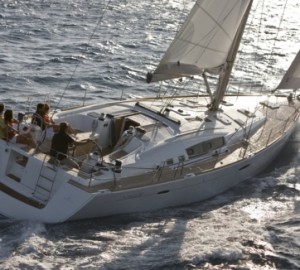 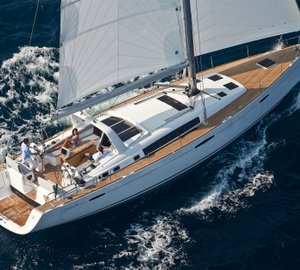 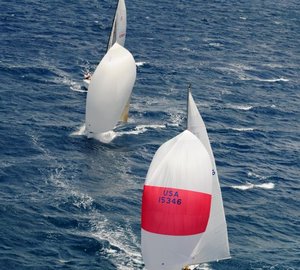 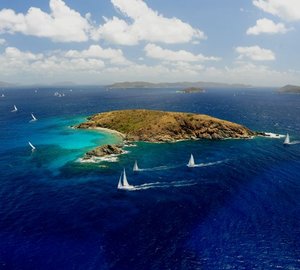 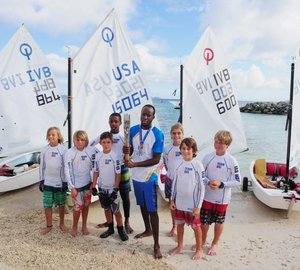 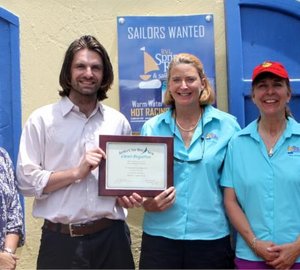