New Boeing private Jet now a ‘Superyacht of the skies’

Is it a bird? Is it a plane? Well, no, not exactly – It has been described as a ...
Browse News Section

New Boeing private Jet now a ‘Superyacht of the skies’

Is it a bird? Is it a plane? Well, no, not exactly – It has been described as a flying superyacht! 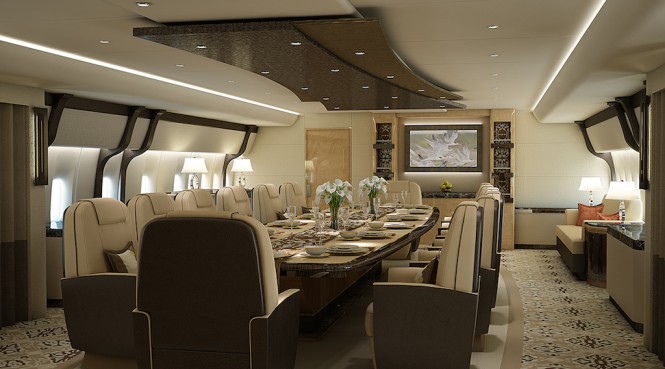 Although it’s not actually a luxury superyacht, of course, the amazing new Boeing 747-8 private jet is certainly not your typical airplane either. What in the heck is a flying superyacht, you ask? A yacht with wings? A yacht attached to a huge hot-air balloon? You’re not even close. 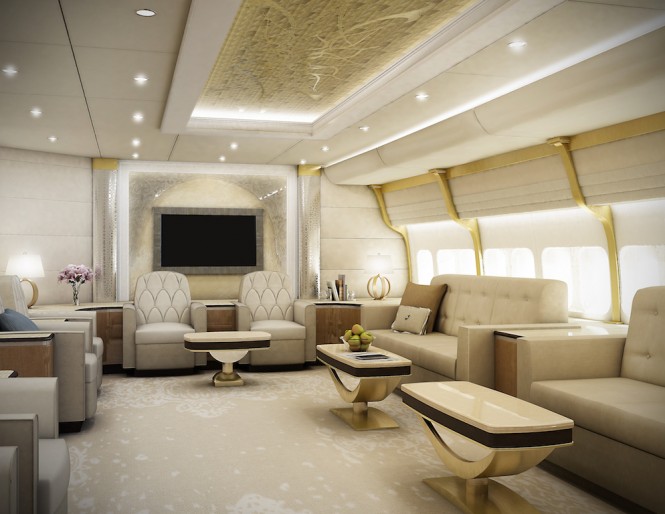 Imagine what you think a state-of-the-art luxury yacht might contain–enough comfortable cabins to accommodate a dozen people, a heated swimming pool, a full kitchen manned by four-star chefs, a movie theatre, stocked bar, entertainment area complete with plasma TVs and even spa facilities. 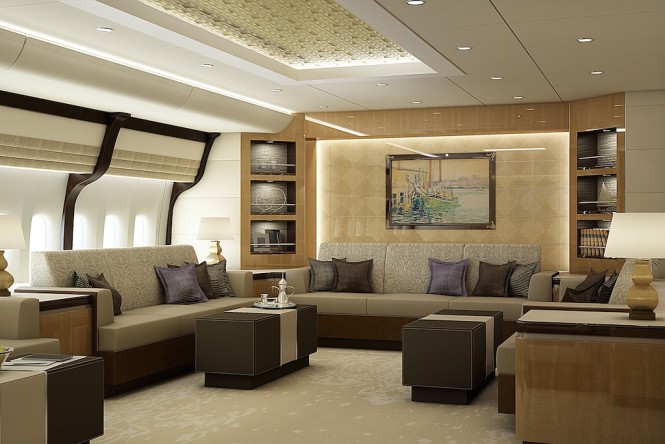 Now imagine a Boeing 747-8 airplane refurbished to be twice as luxurious as the most ostentatious, mega yacht in existence and you’ve got the “superyacht of the skies”. 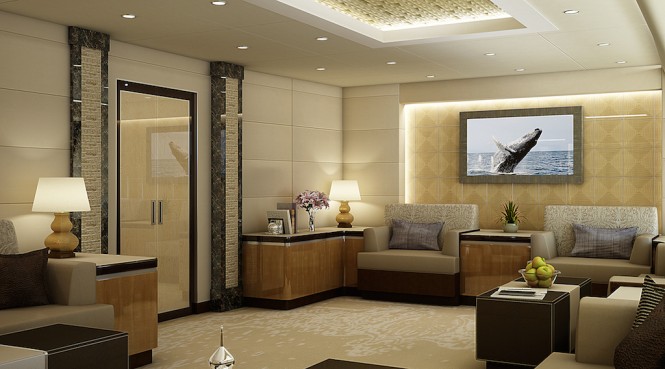 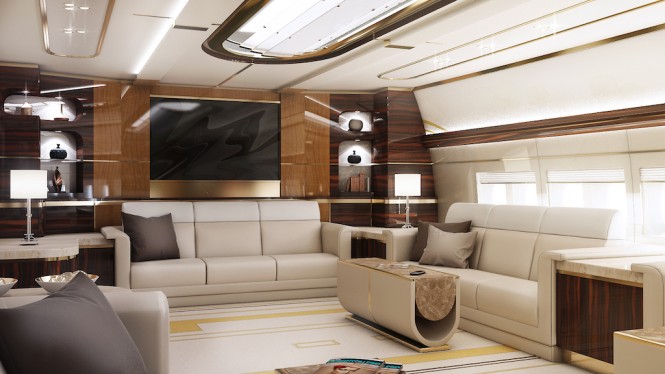 Converted by Greenpoint Technologies, a BBJ (Boeing Business Jet) completion company that provides interior renovations for VIPs and even heads-of-state, this flying luxury yacht plane cost over $600 million to develop and has already been bought by an unidentified buyer. 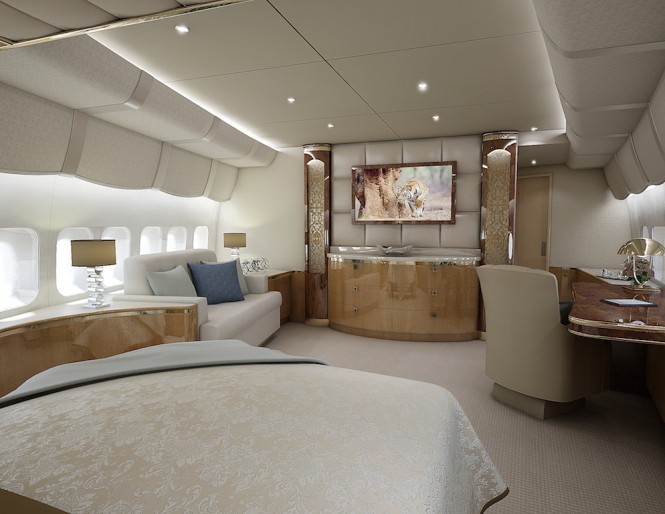 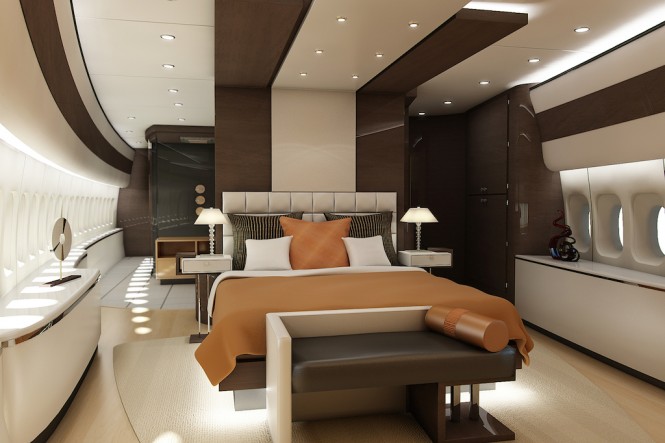 Launched in 2005, the Boeing 747-8 is a third generation 747 airliner capable of carrying 450 passengers. It has modified wings, an extended fuselage and significantly enhanced efficiency. It is also the largest commercial airplane constructed in the U.S. and the longest passenger plane in the world. So what makes this bursting-at-the-seams, air-friendly superyacht so special? A few features of the Boeing 747-8 luxury yacht aircraft include luxury bedrooms, a conference room, a restaurant and an “Aeroloft” that offers exclusively private areas for sleeping and relaxing along with customized interior furnishings and a conveniently located, entry staircase. 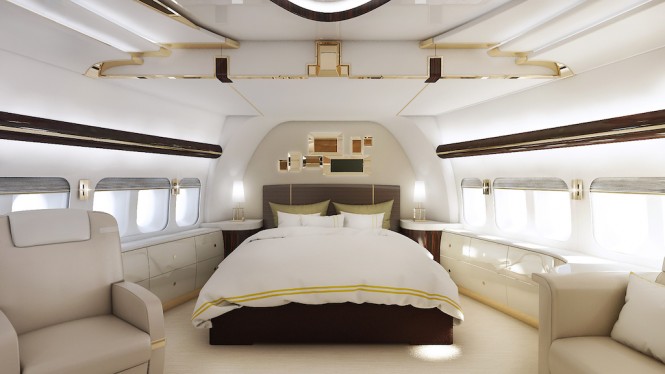 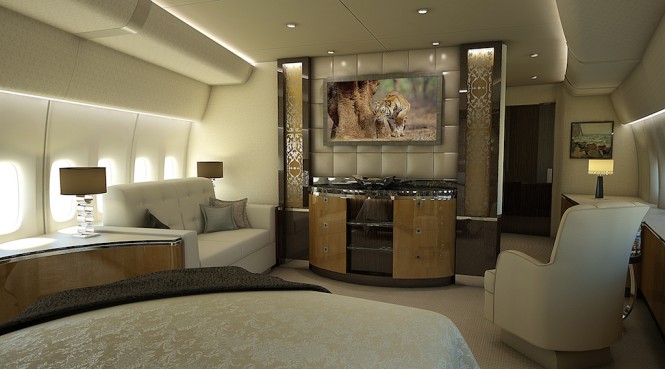 There’s actually more to tell but Greenpoint Technologies isn’t releasing much info yet on their wunderkind. Greenpoint Aerospace, a division of Greenpoint Technologies, is an MRO (maintenance, repair and overhaul) company which works on Gulfstream, Challenger, Beechcraft, Learjet, Citation, Pilatus and Piaggio aircraft. Greenpoint Aerospace offers clients (who have the cash!) refurbishment of aircraft that includes nose-to-tail maintenance repairs–and the ability to transform a simple aircraft into a corporate dream – a ‘luxury yacht‘ with huge, aviation turbine-fuelled engines. 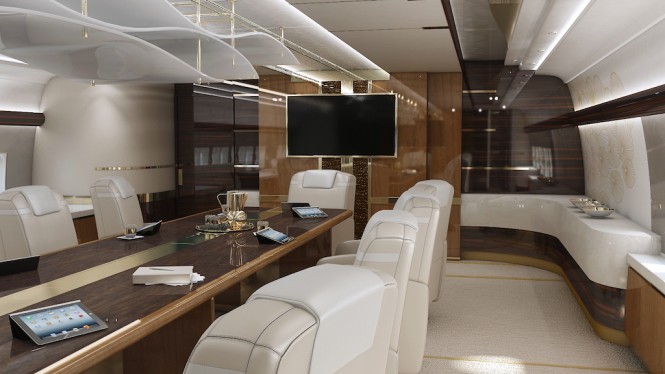 The Boeing 747-8 private jet superyacht must be a really special airplane since the Air Force announced it would replace the aging Air Force One with a 747-8. The previous Air Force One was a Boeing VC-25, or a heavily modified version of two 747-200Bs. However, the secretary of the U.S. Air Force Deborah James said that the Boeing 747-8 is the only airplane built in the U.S. that, “when fully refurbished, meets the necessary capabilities established to execute the presidential support mission” This “superyacht of the skies” has garnered so much attention globally that South Korea is interested in procuring a Boeing 747-8 to carry their own president and other VIPs in luxury and style. Seems like Greenpoint Technologies may be on to something–as long as they can continue finding buyers who have the funds to purchase such an expensive yacht-like “airbus” and who won’t settle for nothing less than flawless excellence in an aircraft. 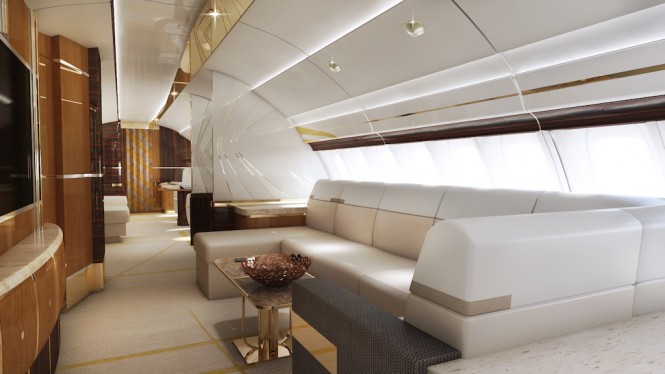 This plane would make an excellent charter opportunity, so keep posted as to whether one comes on the market so that it can be rented as a luxury charter plane. Now, that would be some way for your family and friends to arrive at your destination, and perhaps even then slip onto your superyacht charter boat for more decadence and luxury and the vacation of a lifetime. 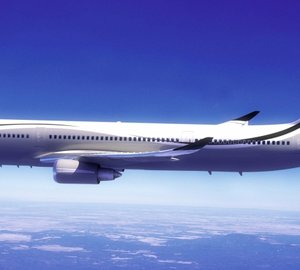 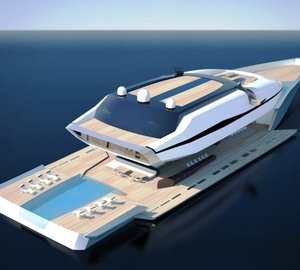 Adam Voorhees is the Winner of the Young Designer of the Year Award 2010 at the World Superyacht Awards. 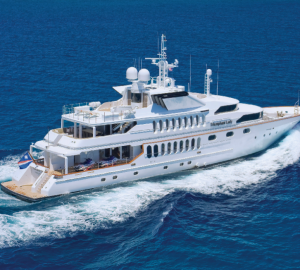 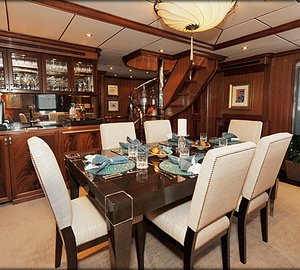