Italian shipyard Benetti has announced the delivery of the fourth hull in the ...
Browse News Section

Italian shipyard Benetti has announced the delivery of the fourth hull in the Mediterraneo 116 line, superyacht GOOD DAY, as well as the fifth Delfino 95, luxury yacht BAYA. 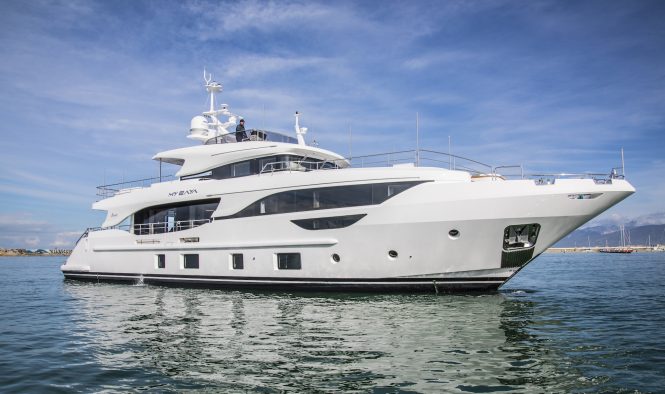 The deliveries took place during the Versilia Yachting Rendezvous which took place from the 9th to the 12th of May in Viareggio when Benetti displayed three luxury yachts from the Class category.

Both M/Y GOOD DAY and M/Y BAYA have exterior styling from Giorgio M. Cassetta and both interiors were created by the Benetti Interior Style Department.

M/Y GOOD DAY measures 35.5m and covers four decks, providing Owners and guests with balanced indoor and outdoor living areas. Her most notable features include a lift (elevator) and broad windows that allow natural lighting to enhance the natural materials that produce a chromatic effect throughout each room. Tay, Tanganyika and Elmwood varieties were used for the lower deck while the upper deck uses Elm and Tanganyika. Travertine, Shara Noir, Port Laurent, Ermosa and Blue Sea colour the en-suite bathrooms in marble and mosaic patterns, adding a sophisticated touch of colour to the interiors. 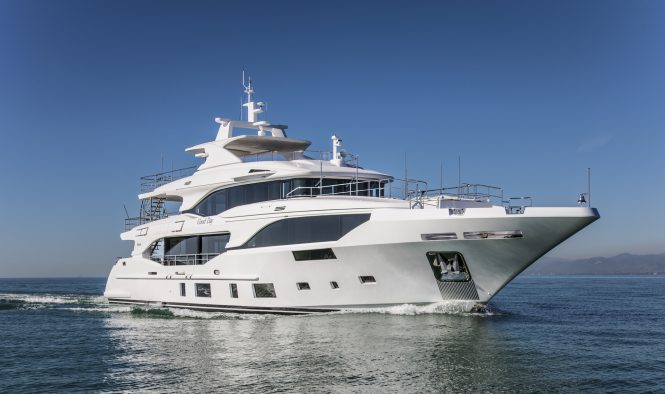 M/Y BAYA receives a similar interior treatment in Ash, Eucalyptus and Tay wood varieties, in addition to polished brass accents. A large wine cellar takes up the amidships area, and the Master suite within the bow has a king-sized bed with headrests decorated in leather as its centrepiece. 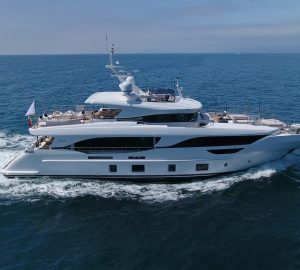 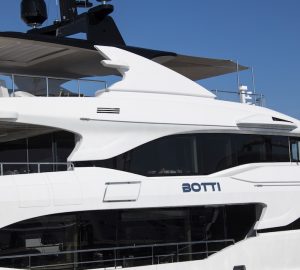 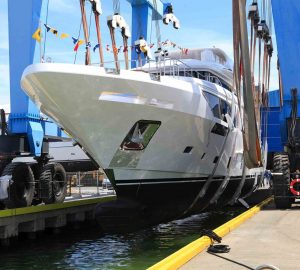