The American based GILL SCHMID DESIGN of New York has released details of their ...
Browse News Section

The American based GILL SCHMID DESIGN of New York has released details of their incredible new superyacht design which features extensive and innovative use of glass, a product perhaps not traditionally associated with boats, til now. Not to finish there, the yacht design called HALYCON 110 metre also features a floating waterfall. 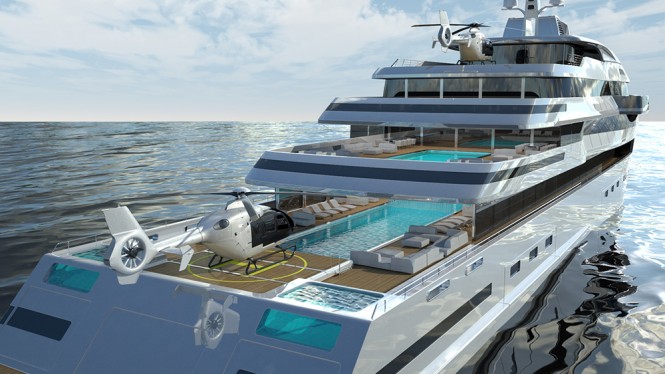 PR: The 110m HALYCON super yacht project is the newest in a series of innovative designs by  GILL SCHMID DESIGN.

The project is the result of focused investigations and elaborate design studies, offering a new direction in yacht design, exploiting possibilities in the use of glass/glazing. 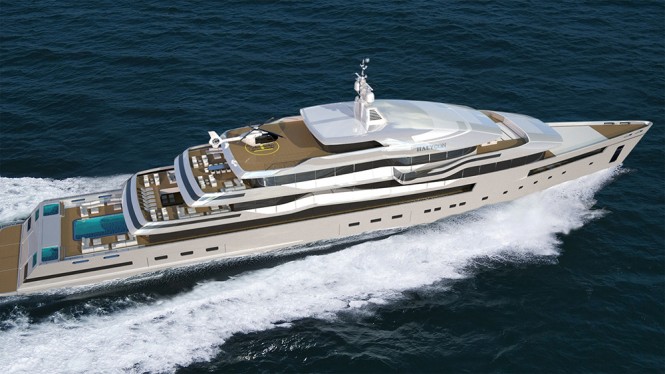 The yacht from above

The superstructure comprises of floor to ceiling undulating glazing (a combination of white glass and reflective glass) with the aim to provide maximum privacy for the owner and guests.  The white one-way glass is transparent from the inside and opaque looking from outside. The  white glass panels on the observatory deck above the wheelhouse and on bridge deck above  the VIP suits blend in seamlessly with the white superstructure, giving an overall monochromatic effect. The idea is to blend superstructure and glazing into one entity. 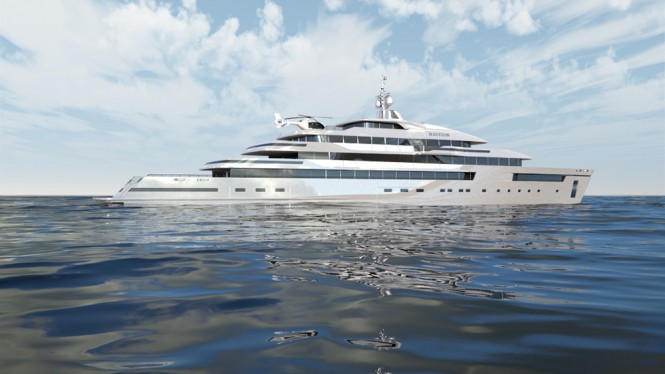 Some of the key features of this vessel are the two glass bottomed swimming pools, one on  the main deck and one staggered in section on the upper deck. They are connected with a  waterfall flowing between the two levels, which is framed by a generous rectangular opening in the deck. This creates the effect of terraced aft deck spaces or a somewhat landscaped  tiered arrangement, offering physical and visual sectional connections. 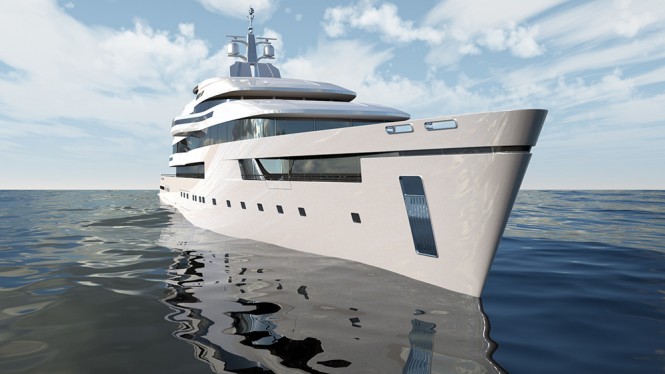 This space is further enhanced or framed by the louvered ‘gill’ glass doors on the main deck,  creating a deep inside/ outside space around the main pool area. 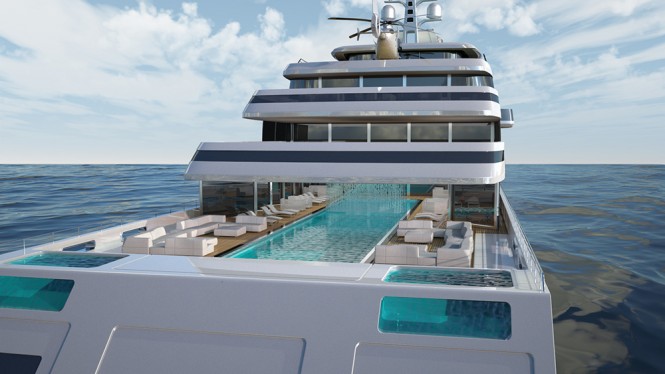 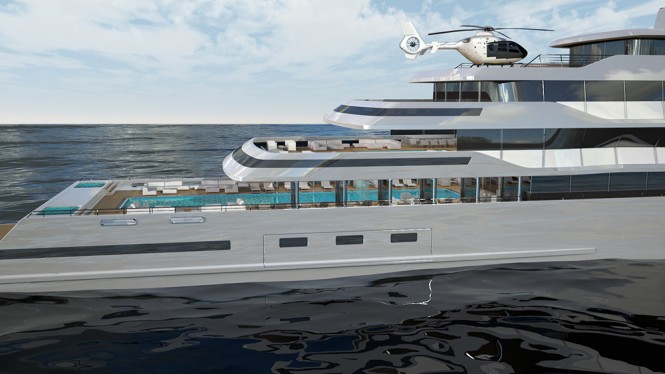 GILL SCHMID DESIGN (formerly Impossible Productions Ink LLC, established in 2009) is a  New York based design company, led by Alistair Gill (UK) and Veronika Schmid (AUT), specializing in Yacht Design, Architecture and Art Services. The studios design philosophy is to  develop contemporary intelligent cutting edge designs. Alistair Gill, born and raised in the UK. He is a trained architect and has worked in world renowned yacht design and architecture offices (including Martin Francis Design) for 15+ years  before relocating and establishing GILL SCHMID DESIGNin New York. He has served as a  professor at some of the most prestigious architecture schools, including the Architectural Association in London and Columbia University (NYC). 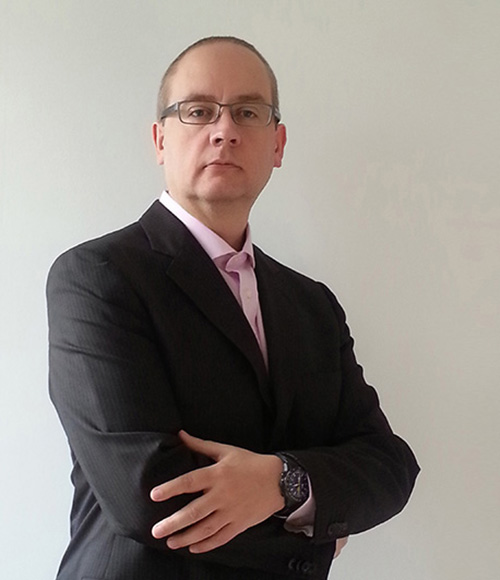 Veronika Schmid, born and raised in Austria, Germany and the US. She is a trained architect  and has worked in world renowned yacht design and architecture offices (including Martin Francis Design) for 15+ years before relocating and establishing GILL SCHMID DESIGN  in New York. She has served as a professor at some of the most prestigious architecture  schools, such as the Architectural Association in London, Harvard University and RISD. She has been collaborating with world renowned artists on the design, manufacturing and project  management for sculptural work since 2001. 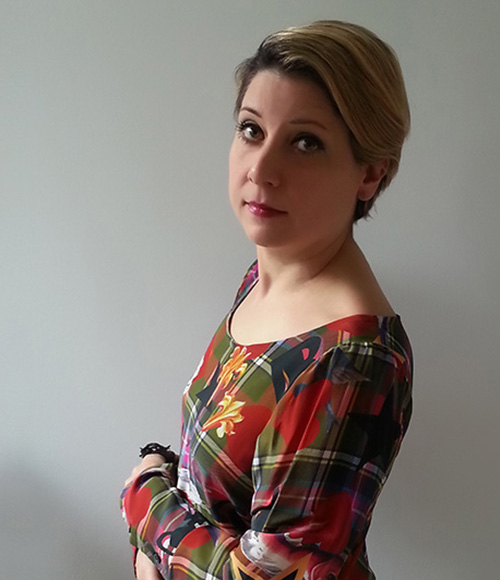 Some other interesting projects by the American based luxury yacht designer: 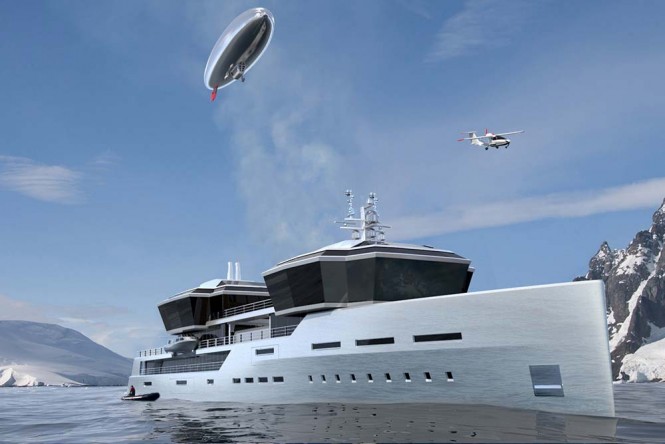 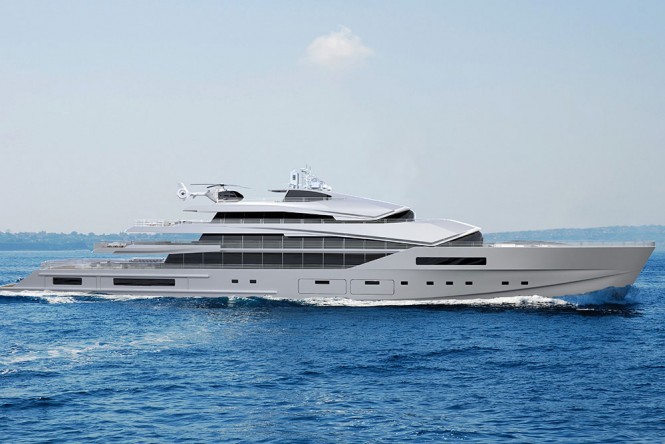 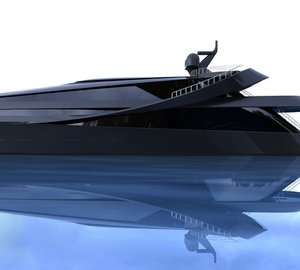 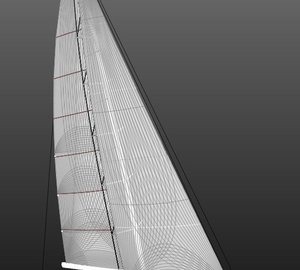 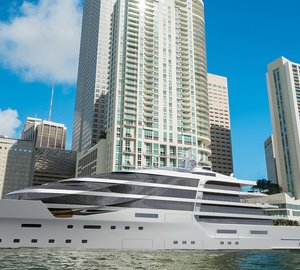 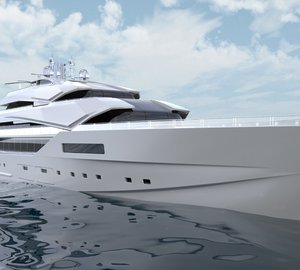