Thanks to the Australian International Marine Export Group’s established relationships with the newly elected Coalition government of Australia as well as their policies for Manufacturing, Export, Trade & Investment, AIMEX & Superyacht Australia believe that the new government is more likely to favourably address the key barriers to growth in these sectors and those facing the superyacht sector. 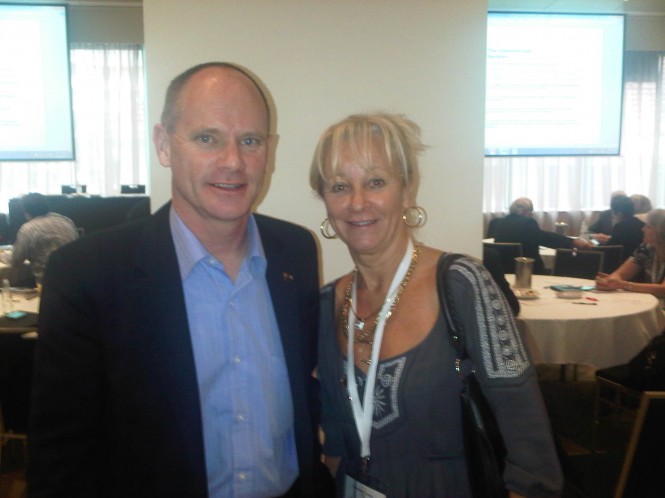 The Coalition’s Policy to Boost the Competitiveness of Australian Manufacturing is seen as a very positive step forward for the Australian marine manufacturers and exporters who received little support with the previous government. The coalition’s policy states that manufacturing is an important contributor to the Australian economy, detailing that the government intends to undertake a review of the Export Market Development Grant with a view to boost this programme with an initial $50million. It also states that incentive regimes for innovation and R&D investment will be addressed and that they will look to abolish the carbon tax. All of these policies recognise the significance of the manufacturing sector of Australia.

AIMEX & Superyacht Australia CEO MaryAnne Edwards stated that “the Coalition’s policies will certainly give some confidence to the marine export and superyacht sectors. We now have a government that thinks of facilitation not regulation. It is great to see that this new government is taking a far more positive view of the importance of the EMDG scheme and we hope to work closely with them to ensure industry starts to get the support needed to drive export markets.”

The Australian Industry Group Manufacturing Futures document is quoted in the Coalition’s policy stating that “every $1 generated from the manufacturing sector flows through to an additional $1.25 in the rest of the economy,” further to this the South Australian Government estimates there are 2.8 jobs are created for one job in manufacturing which demonstrates the significant economic impact of a healthy manufacturing sector.

Superyacht Australia already has submissions awaiting review and will now be driving these with the new government with recommendations for removal of the barriers to development of this sector. Removal of these barriers will have direct economic impact and drive growth in the superyacht sector. Superyacht Australia’s submission with Treasury regarding a request to review the current charter regulations demonstrates how this industry sector could grow exponentially with removal of red tape and review of regulations.

The persistent communications Superyacht Australia has had with the Queensland Government’s Premier Campbell Newman has paid off resulting in the Premier submitting a letter to the federal government’s Treasurer supporting the review of the charter regulations currently placed on foreign superyachts visiting Australia.  This support confirms that the Queensland government recognises that the superyacht sector is a significant contributor to the Queensland economy.

The Hon. Bob Baldwin MP who addressed the Australian Superyacht and Marine Export Conference (ASMEX) earlier this year in Sanctuary Cove also understands the marine sector and its importance to the nation’s prosperity. “I believe that Australia’s marine environment is one of our greatest assets. The marine sector makes a large and valuable contribution to the Australian economy” said Baldwin. The Minister spoke to conference delegates about their concerns around legislation and the ways in which this could change if the Opposition were elected to government come September. He agreed attention needed to be given to rules prohibiting superyacht access close to the Great Barrier Reef, as well as customs legislation around yachts in dry dock.

AIMEX and Superyacht Australia are working with the government and key stakeholders to maximise every opportunity for growth in the marine export and superyacht sectors. 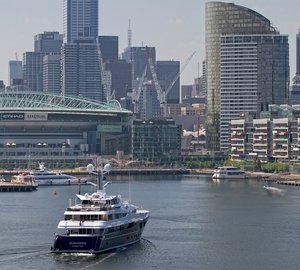