It has been a sensational year 2015 for Hydro Tec. The Italian superyacht ...
Browse News Section

It has been a sensational year 2015 for Hydro Tec. The Italian superyacht design and naval architecture studio turned 20 years old, and saw a successful delivery of a total number of six new projects, five of these entirely built according to their design. 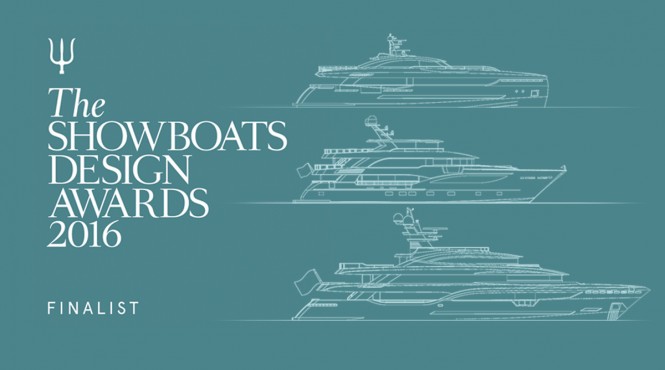 Moreover, three of the studio’s projects have been announced as finalists for the ShowBoats Design Awards 2016, all for the naval architecture. These include King Baby by IAG, as well as Divine and Taiba, both built by Columbus.

King Baby has been entirely designed by Evan K Marshall, with the naval architecture and engineering by Hydro Tec. The semi-displacement hull has been optimized by adding a bulbous bow and designing deep tunnels for optimal propeller working conditions and in order to limit draught. The vessel was showcased at the Fort Lauderdale International Boat Show (FLIBS) with a huge success.

Divine represents the second 40 M Columbus Sport Hybrid. Built as a sister ship to the multi-award winning “40”, she bears naval architecture, engineering and exterior design by Hydro Tec. The hull is a semi-displacement type and has been extensively optimized using CFD and tank tested at Krilov in St. Petersburg. Her performances are outstanding and fuel consumption at 14 knots is only 160 ltrs/h. In Diesel Electric mode she can develop a speed of about 8 knots with both generators running.

With naval architecture, engineering and exterior design by Hydro Tec, Taiba was built by Palumbo and has a full displacement steel hull, with bulbous bow. She is a high volume (1030 GT) 56 meters long yacht, with a highly efficient hull design that proved to be extremely seaworthy.

Hydro Tec is currently working on eight new projects that will be delivered between 2016 and 2017. 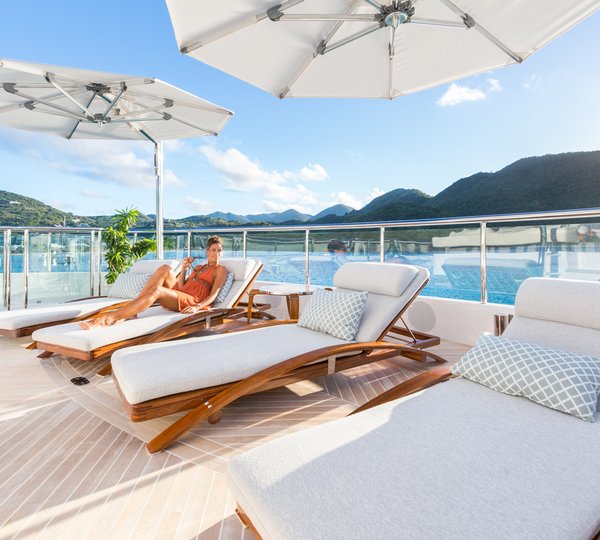 She is managed by an impeccable crew of 9. The exterior living is well-appointed over 3 spacious ... 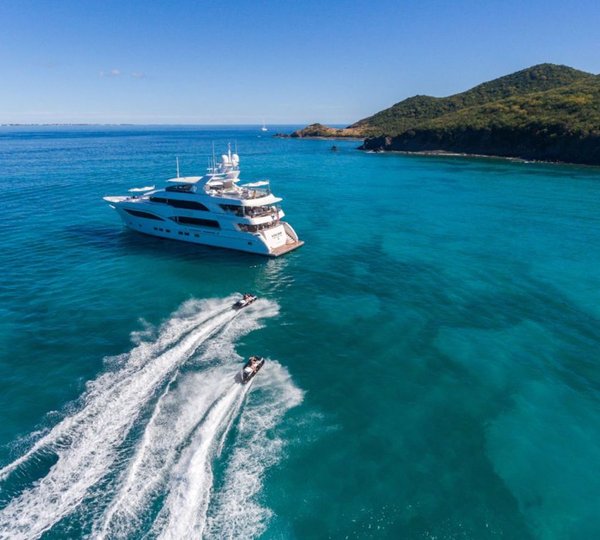 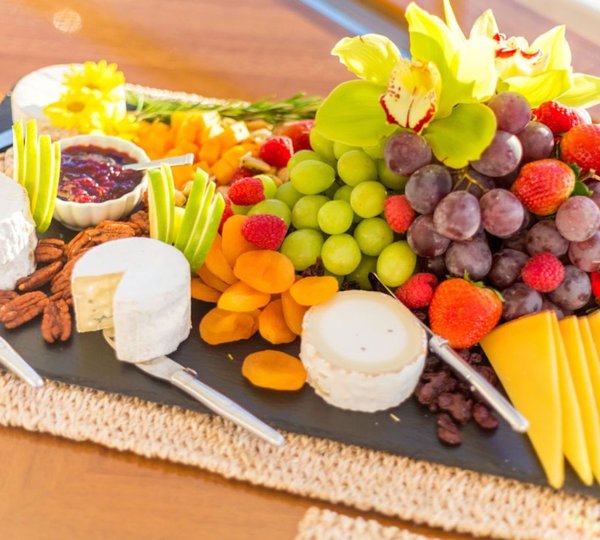 On the port side is a white onyx bar with custom oversized leather chairs. In a contemporary open ... 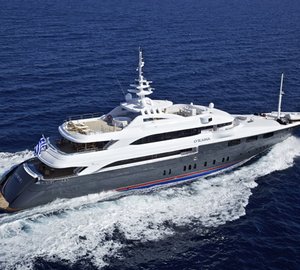 The skylounge gives way to a shaded aft deck, wet bar and additional alfresco dining option. For an ... 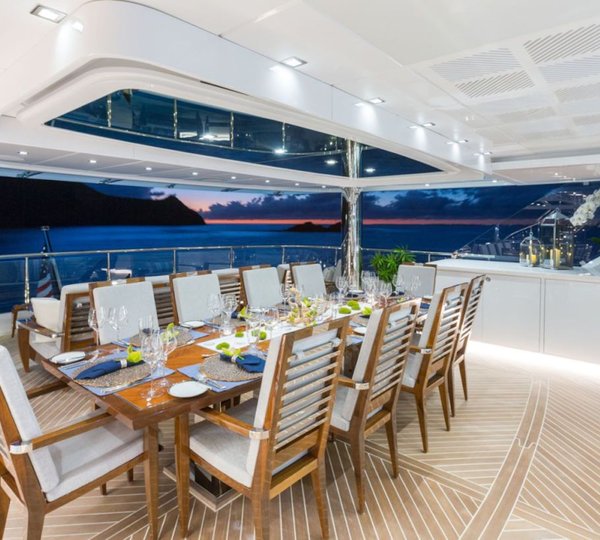 Throughout the yachts interior and exterior are state-of-the-art audio and visual systems, ensuring ... 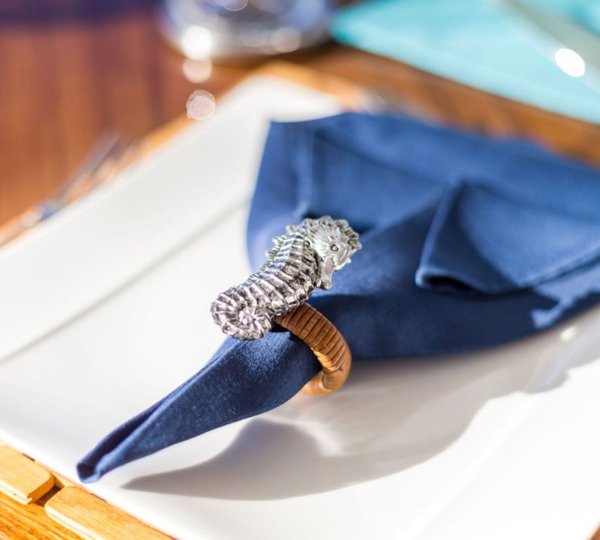 CITIZENS WHILE IN U.S. WATERS</h4> The yacht's interior from the main living areas, to the guest ... 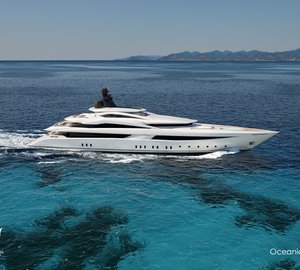 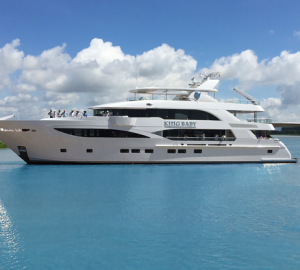