The Rolex Swan Cup is a traditional sailing regatta that is organised in one of ...
Browse News Section

The Rolex Swan Cup is a traditional sailing regatta that is organised in one of the most beautiful sailing venues in the world and a fantastic yacht charter destination – Porto Cervo in Sardinia in Italy. A fleet of 93 sailing yachts is made up of teams from 21 different nations and today the hundreds of sailors were taking care of last preparations at the Yacht Club Costa Smeralda (YCCS) for the racing, which is due to begin on Tuesday. 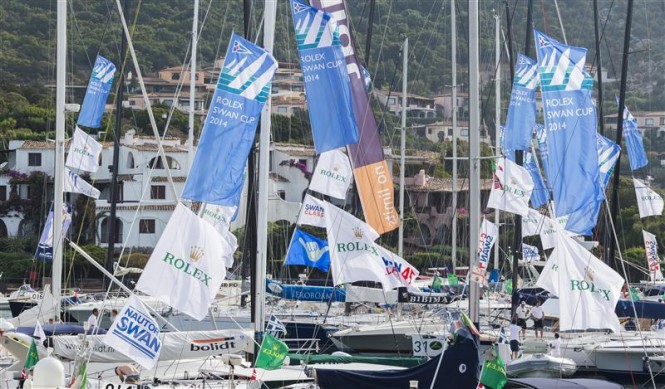 The high number of entries demonstrates the enduring success of one of the great partnerships in sailing – the 2014 edition marking the 30th anniversary of the collaboration between Rolex, Nautor’s Swan and the Yacht Club Costa Smeralda.

For the time being however, the sailors are focused less on the great legacy of the event and more on the ‘here and now’, with a few teams going for a run along the roads of northern Sardinia in a bid to get down to race-weight before the final weigh-in; or measuring in new sails; going through safety checks (you may not think you need a fog horn on the Costa Smeralda, but the regulations demand that every boat carries one!); or going for a final shake-down sail, testing equipment and practising the vital choreography that will ensure race-winning crew manoeuvres. 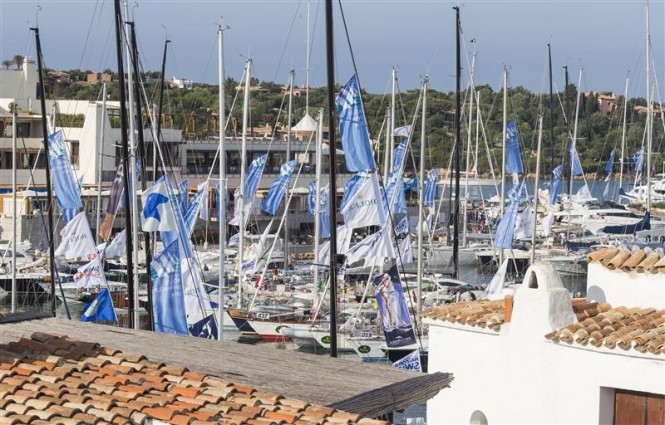 This evening the 93 skippers sat down to a skipper’s briefing led by principal race officer Peter Craig, who reminded the navigators of the hazards on the race course and briefed them on what’s expected for the next six days of competition. Among those skippers is Tomek Ulatowski who took part in the first Rolex Swan Cup 30 years ago. “We were racing a Swan 39 called Desai, a Ron Holland design,” he recalls. “It was a great event with a lot of fun on the water and at the parties afterwards.”

Now sailing aboard his Swan 100 sailing yacht Varsovie, even today Ulatowski and his co-owner Ygal Ozechov cannot resist the charms of the Rolex Swan Cup. “We have taken part in every event since we took delivery of our boat in 2008, and we participated in others on our previous Swan, a 77-footer also called Varsovie.” Asked to reveal the secret of their successful partnership, Ozechov says: “I bring the cigars, Tomek brings the expertise.”

The beauty of the Rolex Swan Cup is that it remains a gentleman’s regatta – great competition on the water but with all rivalries left at the dock. In the evening it’s about having fun, sharing stories over drinks and dinner. Some owners are racing with their children, some with their parents, some with both. There are plenty of big-name competitors here from the professional world too, America’s Cup veterans such as Tommaso Chieffi, Paolo Cian, Hamish Pepper and Jochen Schümann.

In the case of the three-time Olympic Champion from Germany, Schümann is looking to help Earlybird regain her Swan 45 world title which she last won here two years ago at the previous Rolex Swan Cup. Other winners from two years ago include the Swan 60 Bronenosec from Russia which has enjoyed a stellar racing season thus far in 2014, and the Swan 42 OD Natalia from Romania which can expect some stiff competition from three visiting American 42 ODs, not least Phil Lotz’s Arethusa which won the 2013 Rolex Swan Cup Caribbean.

The 93 boats are divided into six racing categories, Maxi, Grand Prix, Swan 60, Sparkman & Stephens, Swan 45s vying for the World title, and Swan 42 OD. Courses will be a mix of coastal and windward/leeward, and a long race. 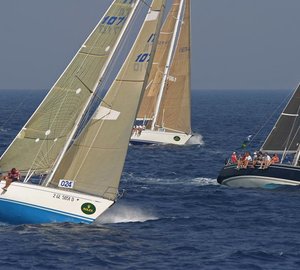 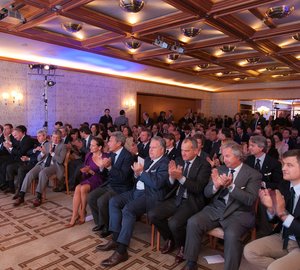 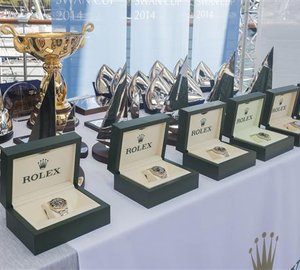