Nobiskrug has celebrated the start of construction on 77m/252.6ft luxury yacht PROJECT BLACK SHARK (a.k.a. PROJECT 793) with a keel-laying ceremony in Kiel, Germany in the presence of her Owner, shipyard staff, project members and international press.

Winch Design and Sinot Yacht Architecture & Design have come on board as interior and exterior designers and naval architects respectively, having established a relationship with Nobiskrug in previous projects.

The keel laying ceremony placed the first section of the steel hull upon a special coin, which will remain in place until PROJECT BLACK SHARK is complete when the coin will then be removed and presented to the Owner for good luck.

It is rare for northern European shipbuilders to open up about their builds during their construction, however, PROJECT BLACK SHARK is breaking with the pattern to reveal details from the start of her construction through to her delivery, which is expected in 2021.

Among her, on board amenities, there will be an on-deck whirlpool, beach club and spa and room for two tenders. Her technical specs are expected to be just as impressive and she is being built to IMO Tier III regulations for eco-friendly cruising across the world.

“With two remarkable teams of designers and an experienced superyacht management company, we are truly excited to realise this bespoke project.” commented Nobiskrug Managing Director Holger Kahl. “With that in mind, we have decided to open our doors and give exclusive behind-the-scenes access. The build process is often cloaked in darkness and secrecy, so on this occasion, we are enormously happy to be able to share our innovations and processes.” 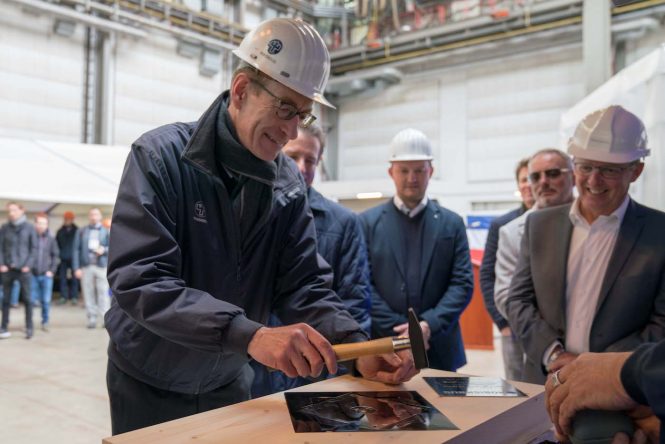 Current Nobiskrug projects include the 80m/262ft superyacht known as ARTEFACT, which is expected for launch later in 2019. 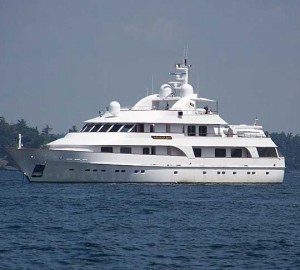