The new Sealegs  7.1 metre RIB will come with the option of twin 90hp E-Tec Evinrude outboards. The Sealegs fans have been waiting for this feature, which is now on prototype going through International compliance. In order to maximise valuable space inside the boat, Sealegs have added an extra extended transom pod for the dual outboards. 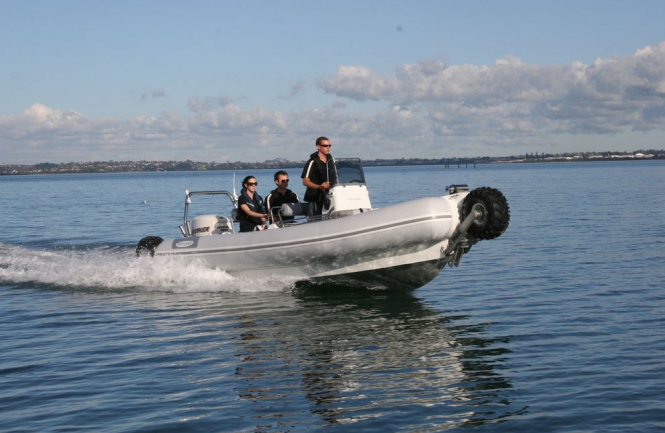 The company has received many enquiries asking them what the advantages of twin outboards are. These can be summarised as follows:

1. Safety – should one engine fail you have a backup to get you in … reassurance when far from shore … plus the boat can still plane while on a single engine. Each engine is wired separately with its own independent battery. This is great for reliability as if you encounter a problem with either battery as you can just switch over to the 2nd battery for a jump start, as well as recharge while at sea.

2. Enhanced control and manoeuvrability – allows better turning ability at slow speeds by simply using the controls from the throttle binnacle. This is especially useful when there is limited space, such as around marinas or if you’re up a creek!

3. With two props in the water, there is more blade area and less slippage giving greatly improved hole shot performance (gets on the plane faster).

James Harlock, their Sealegs ‘test pilot’, has this to say: “With the smooth dual throttle control and extra manoeuvrability the boat could be driven safely into any spot, despite the howling side wind, with ease. The boat looks great and handles the rough sea conditions amazingly”.

Another new option available is the All Wheel Drive (AWD) which adds a wheel motor to the front wheel of a Sealegs amphibious boat.

Recreational owners with marginal beaches or those just wanting to increase the range of beach destinations will enjoy the greatest advantage from AWD, as well as the obvious advantages for commercial and rescue applications.

The AWD hydraulic circuit allows the operator to flick a switch on the console to select either rear wheel only (for high speed) or AWD (for greater traction).

For really demanding terrain an AWD diff-lock button is located on the top of the hydraulic joystick.

Here are the upcoming events, where you can talk to Sealegs: 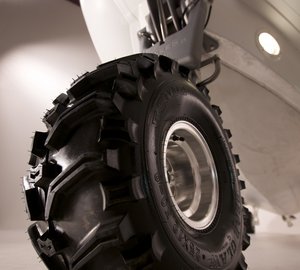 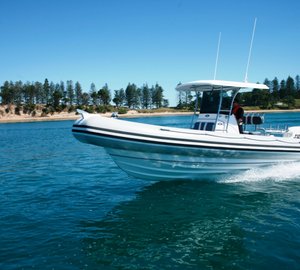 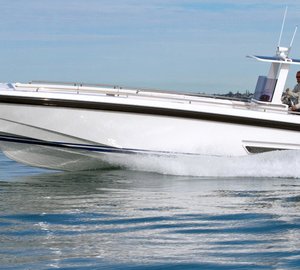