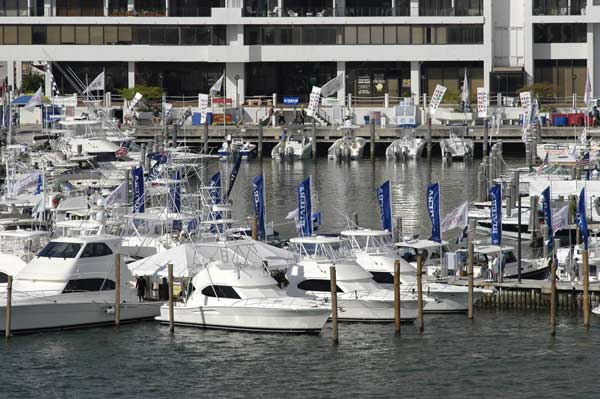 1,970:   Number of exhibitors in 2010
35%:   Percentage of Florida-based exhibitors
50:   Number of exhibitors at the first Miami International Boat Show, held in 1941 under a tent at Miami’s Bayside Park
91,415:  Number of attendees in 2010
45%:  Percentage of visitors who travel to the show outside of Florida
100,000 +: Number of attendees expected in 2011
$817.8 million: Dollars the show generates annually in gross sales and wages in Florida
9,030: Number of full-time jobs the show supports annually in Florida
2,500:  Number of watercraft on display at the 2010 show
$4,500: Cost of least expensive powerboat at the 2010 show
$7.5M:   Cost of most expensive powerboat at the 2010 show
6 feet:   Length of smallest powerboat in 2010
83 feet: Length of largest powerboat in 2010
2.5 million square feet: Gross amount of exhibition space at the Miami Beach Convention Center
1 million square feet: Amount of carpet used at the Miami Beach Convention Center – enough to cover 20 football fields
1,500 +:  Number of workers required to move exhibitors in and out of the Miami Beach Convention Center
5 days: Length of time required to transform the Miami Beach Convention Center into the world’s premier boating event
14 days: Length of time required for electricians to complete the show’s temporary power plant; a permanent installation with the same electrical requirements would require six months to build 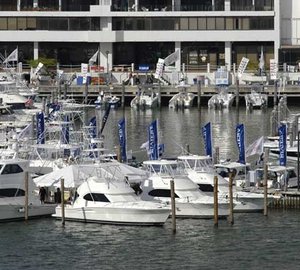 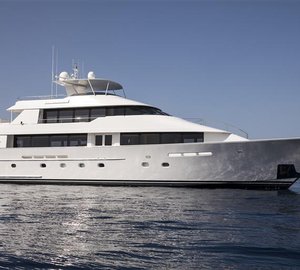