The breath-taking 65-metre Illusion yacht concept has been designed by Jonathan Peace, a 4th year Transportation Design student at Art Center College of Design (ACCD) in Pasadena, California, USA. He has developed the Illusion superyacht concept for the ShowBoats Design Awards “Young Designer of the Year” 2013 competition, ranking among the top 10. 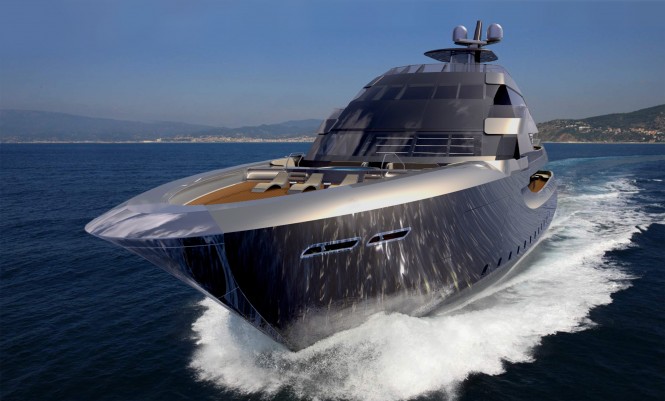 The Illusion superyacht is design with its’ name in consideration. Much like how a magician or illusionist captivate their audience, this yacht does the same with the design and features that Jonathan holds. 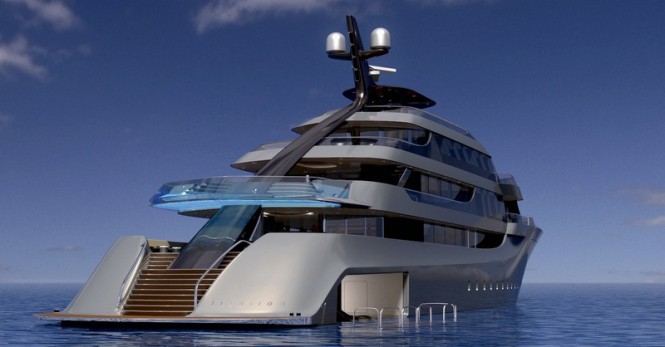 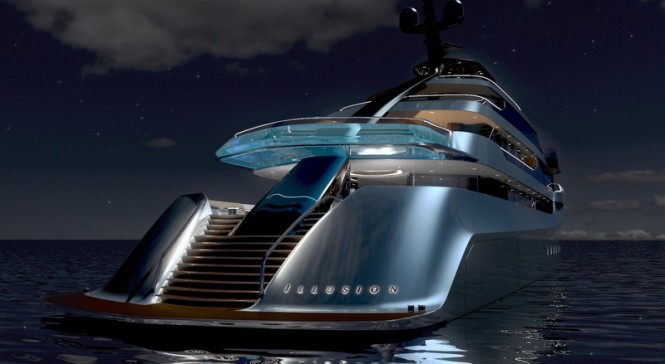 From the exterior, the Illusion yacht design is sleek with a distinctive character line that runs down the shear line of one side and continuously wraps around and up the other side. As the guests board Illusion yacht from the rear platform, they are captivated by the all glass, floating pool that hangs out over the aft of the vessel. This theme is carried throughout the entire boat continuing to the interior where sculpture is used. Rather than having sculpture that just looks pretty, this interior uses structural sculpture as design features within the interior.

Continuing to the beach club, the theme doesn’t stop. This area features a walk-in-water beach club platform that lowers below the waterline to simulate a real sandy beach for easy water access and in-water lounging. 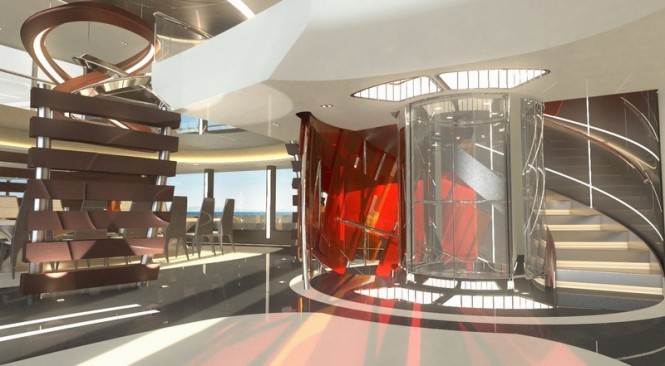 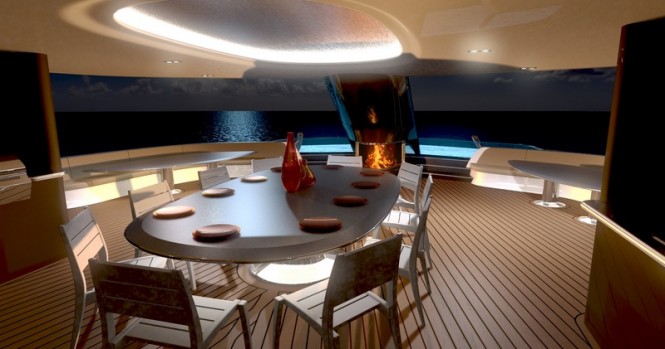 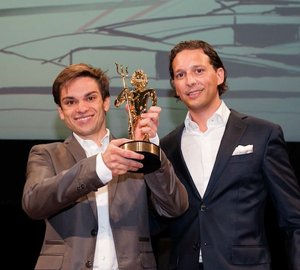