A 49.9m/163.7ft superyacht known as PROJECT DRD is nearing completion at the ...
Browse News Section

A 49.9m/163.7ft superyacht known as PROJECT DRD is nearing completion at the Tuzla shipyard in Turkey. 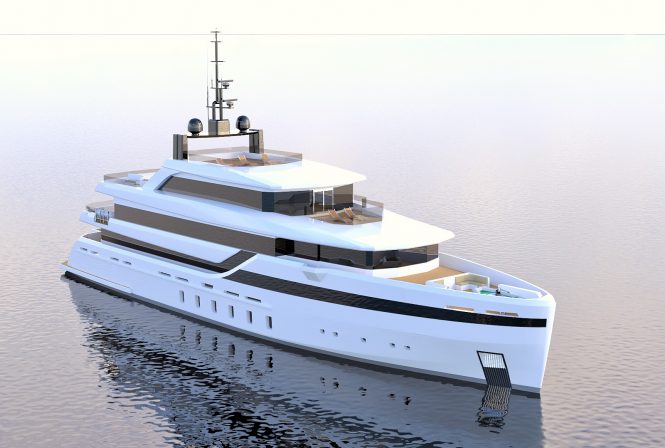 Built by Derindere Tur. Oto. A.S and designed by Turkish studio Adeo Marine with naval architecture and exterior and interior styling also from the same company, PROJECT DRD is believed to be for the Owner of the  34m/111ft motor catamaran DRD, launched in 2013 and built by another Turkish shipyard, Mengi-Yay.

The latest motor yacht is built to RINA class with a steel hull and aluminium superstructure, an 11m/36ft beam and a 2.7m/8.8ft draft, and fitted with twin 1450 HP MTU engines for a top speed of 17 knots and a cruising speed of 12 knots. 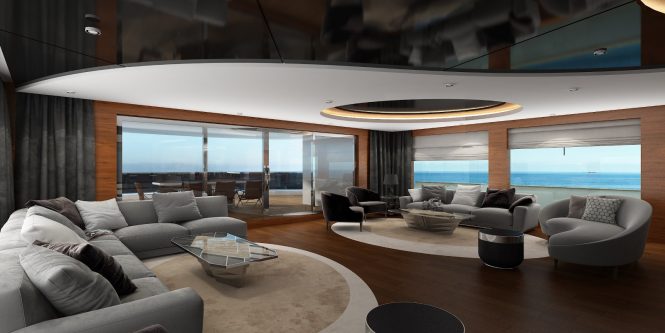 Concept images show a total of five decks, and an upper deck above the bridge deck places a large Jacuzzi and sunpads to the aft. The sundeck offers sweeping views of the surroundings, while on the foredeck in front of the bridge there is chaise-lounger seating for afternoon cocktails and alfresco dining. Additional space on the bow is used for tender storage, leaving the lower deck stern free for other amenities or even more water toys.

The upper deck forward has glass sliding doors leading into the interior, which is yet undisclosed, however, concept images also show a spacious contemporary lounge, with the broad beam allowing for two plush seating areas to either side as well as plenty of space for guests to flow between entertainment spaces.

Motor yacht PROJECT DRD is expected to be launched within the first quarter of 2019. 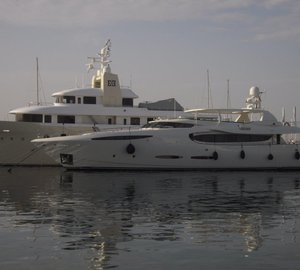 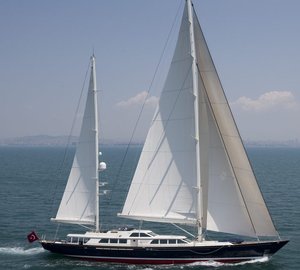 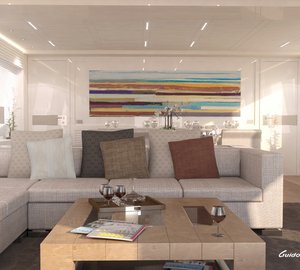