With one month left until the first start guns fire to open an exciting 2011 ...
Browse News Section

With one month left until the first start guns fire to open an exciting 2011 Audi MedCup Circuit, the Circuit organizers and the race teams are finalizing preparations to unfold the seventh successive year of Circuit racing, one which will see regattas returning successively to Cascais, Marseille, Cagliari, Cartagena and with the season’s finale in Barcelona.

As did the Portuguese jewel last season, Cascais by Lisbon starts the season with the Trophy of Portugal running from May 16th – 22nd. The Circuit then returns to Marseille for the fourth year in a row (June 14-19th), to the historic capital city of Sardinia Cagliari (July 19th to 24th) to Murcia where the ever-popular Cartagena hosts the Region of Murcia Trophy (August 23rd to 28th) while the Catalan capital of Barcelona, which proved such an all-encompassing venue when the Audi MedCup Circuit visited for the first time in 2010, will host the finale between September 12th and 17th.

The winning formula has changed little for this season. Each city hosts an individual stand-alone Trophy regatta, but it is the aggregate points over the entire season, for the 52 Series and the S40 Series which will determine the overall champions.

“Returning to venues that are known to us is an advantage for everyone in terms of continuity. And the cities keep building and improving on their past years’ formula. And for the organisaton and the race crews that streamlines and improves the logistics. We have also accumulated good data on weather reliability, which makes providing high quality race management and equable racing more straightforward”, says Ignacio Triay, Director of the Audi MedCup Circuit.

Cascais, Trophy of Portugal, May 16th to 22nd

Although the itinerary of venues has a familiar look, the TP52 fleet has been invigorated with a host of new boats and new faces. Among those with new boats Quantum Racing (USA) and Synergy (RUS) will campaign very similar brand new Botín Partners designs which have been built by Longitud Zero. Of course Marcelino Botín and his team have won overall honours with their winning designs in 2008, 2009 and 2010, but Rolf Vrolijk has new TP52’s for Audi Sailing Team powered by All4ONE (FRA/GER), Audi Azzurra (ITA), RÀN (SWE/GBR) and Container (GER), to two noticeably different designs. Vrolijk also designed Bribón (ESP), which was formerly Matador (ARG) and Gladiator (GBR) which was previously Artemis (SWE).

The transition to the 2011 TP52 box rule is completed with a new standardized 4800 kgs keel format which comprises a 1000kgs solid steel fin to support the 3800kgs bulb, which has made measurement of the fin and bulb more accurate and easier. Also the new 2011 rigs are no longer allowed high modulus carbon in the rig manufacture and since 2010 boats are built to the ISO Germanischer Lloyds classification, making for slightly heavier, more robust hull and deck.

Among the new faces for 2011, Quantum Racing stands out with the arrival of America’s Cup winner Ed Baird (USA) as skipper-helm, stepping into the shoes of Terry Hutchinson. The strong North-American campaign have been training hard to adapt to several crew changes but the core afterguard of Adrian Stead (GBR) and Kevin Hall (USA) remain as tactician and navigator. The core of the Italian Audi Azzurra presumably won’t need the same period to gel. They are predominantly Alberto Roemmers Argentinian Matador regulars who finished third in the 2010 Circuit, including skipper Guillermo Parada and the all Italian afterguard of strategist Vasco Vascotto, tactician Francesco Bruni and navigator Bruno Zirilli.

In its second season in the Circuit but their first with brand new boat Audi ALL4ONE is skippered Jochen Schuemann, four times Olympic medalist, who has said that “The team´s main goal will be to finish in the top three in the overall standings and to win at least one of the trophies“. Frenchman Sebastian Col will be helm again for the French-German team.

Synergy´s young helmsman Evgeny Neugodnikov is objective given his Russian team´s limited amount of training time with their new first brand new boat since their programme started out:  “Especially in Cascais at the beginning of the Circuit, we will have our new boat, it´s our first regatta with it and we will take time to get used to it”, Neugodnikov has declared.

Skype co-founder Nikklas Zennstrom´s joins the TP52 Series for the first time on the heels of string of major offshore blue riband successes. Rán, is one of the teams that has the pedigree and experience to succeed from the get-go. Under the guidance of Tim Powell (GBR) who has many years of experience in the MedCup Circuit, Gavin Brady (NZL) as tactician and Steve Hayles (GBR) as navigator.

Wieser commented recently: “The project is a great opportunity to lead the team into a new dimension, a competition with a very skilled group”.

Lastly, Tony Langley´s new TP52 programme, Gladiator, steps up to the Audi MedCup Circuit in this season after an enjoyable experience with Weapon of Choice at the TP52 Class World Championships. With the 2009 Vrolijk design (former Artemis), the British team is one of five to prepare for the Circuit´s imminent start at Palma Vela regatta in Mallorca this coming weekend.

2011 will be the debut year of the Soto 40 Series in the Audi MedCup Circuit. Iberdrola Team (ESP) and Ngoni (GBR), the first European boats have been training in the waters of Valencia over recent weeks. Noticia IV (ESP), Patagonia (ARG) and XXII (ESP) are expected to land in Spain presently.

They were built in Argentinaby M Boats, where the first Soto 40 was launched in only two years ago and 20 have already been built. The Soto 40, is the Circuit’s new strict one-design boat with of 40 feet long and displaces 4200kgs.

The Audi MedCup Circuit is the world’s leading regatta circuit.

The Circuit is made up of five events that take place over five months in four countries over southern Europe. 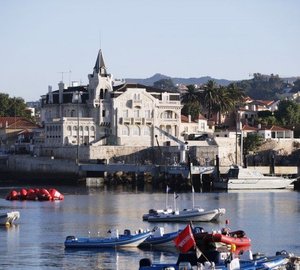