Troy Marine’s Superyacht Imbros is the largest project to date launched from this well known Turkish shipyard on the 9th January 2010. The 42 metre super yacht Imbros’ excellent performance was confirmed during her sea trials and she exceeded all expectations. 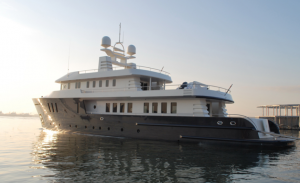 Troy Marine’s Super Yacht Imbros is Bureau Veritas registered and fully MCA compliant. She is still on the market with some possibility of interior customization.

Imbros sleeps ten guests in five cabins and can accommodate a crew of six.

She is powered by twin 750hp Volvo D16 diesel engines, providing Imbros with a maximum speed of 14 knots and a cruising speed of 11 knots; and a range of 3,500.  The super yacht possesses very high sea keeping qualities.

Troy Marine Shipyard is also at the final design stage of two new gripping projects, one of which is a new Cesaria, a sister ship to Imbros and the other will be and Ice Classed Explorer Horizon. 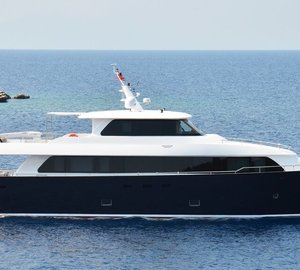 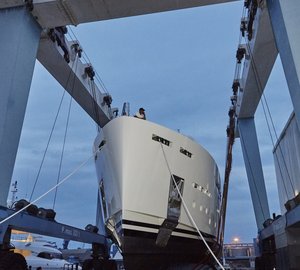