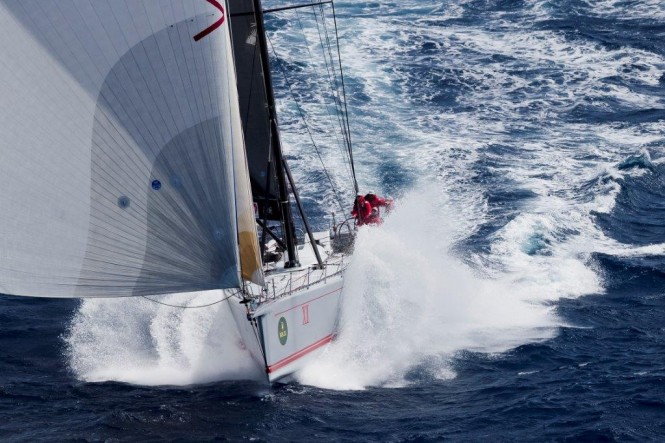 On Boxing Day Wild Oats XI yacht will set out to become the first yacht ever to claim eight line honours in the 70-year history of the Rolex Sydney to Hobart race. Then in July next year she will be racing to be first to finish in the famous 2,225 nautical mile Transpac Race from Los Angeles to Honolulu.

The Transpac Race will be a joint venture between Bob Oatley and prominent Californian yachtsman, Roy Disney.

With that agreement having been signed during the past two weeks, Disney and his high-profile sailing master, 1984 Olympic gold medallist Robbie Haines, took the opportunity to fly into Sydney from California so they could be aboard super yacht Wild Oats XI for the Cabbage Tree Island race. The crew for the Tranpsac Race will be drawn from both Oatley’s team and Disney’s famous maxi, Pyewacket.

Conditions were generally very light for the first half of the course from Sydney to Cabbage Tree Island (off Port Stephens) and return, yet 10-year-old Wild Oats XI revealed she is still in fine form. She led by more than 20 nautical miles at the island then sailed home in a building north-easterly breeze. She claimed line honours by one hour and nine minutes over arch rival supermaxi yacht Perpetual Loyal (Anthony Bell).

Wild Oats XI yacht’s skipper, Mark Richards, said he was more than satisfied by the way the yacht had performed at the weekend. “I was really happy with the way things went,” Richards said. “We were using a new high-tech mainsail which has been made especially for the Hobart race, and it certainly helped. Also, the modifications we have done to the bow, where it has been made sharper and redesigned to create less drag, is proving to be more effective than we ever imagined. We are seeing something like a four percent gain in performance, a figure that could translate to as much as a 30 mile benefit in the Hobart race.”

Richards said more improvements were planned prior to the Hobart race. The yacht will begin a period of intensive preparation and fine tuning later this month.

He added that after completing the Transpac Race the plan was to sail Wild Oats XI superyacht directly to Hamilton Island for Audi Hamilton Island Race Week in August next year. 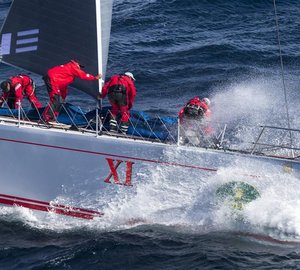 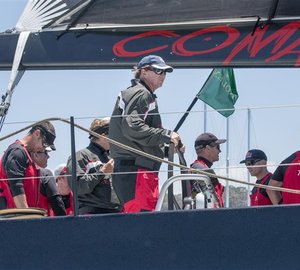 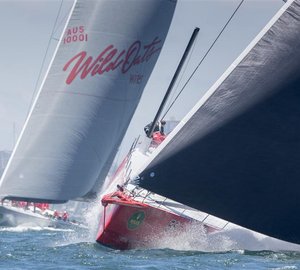 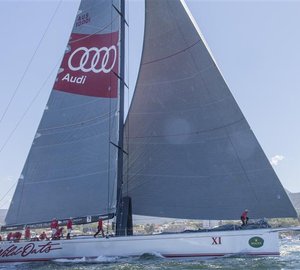