Chulhun Design has created a striking 229m/751ft giga yacht concept known as VALKYRIE, packed with luxury amenities and an exterior that has a carapace-like appearance that looks as if it has come straight out of science fiction.

The concept images show a deceptively sleek appearance for the chrome-coloured hull and superstructure, where dark glazing covers multiple floors and creates a svelte stern, concealing the large open areas with flowing forms. The mega yacht covers seven decks, with the entire top deck dedicated to the wheelhouse and the below decks boasting an array of amenities more often seen aboard a luxury cruise ship than even a mega yacht.

The exterior styling showcases three extensive foredecks that a perfect for hosting hundreds of guests at dockside events, or for outdoor exercise and relaxation while cruising.

Extensive glazing curves down the aft of the topmost four decks, providing panoramic 180 views in all weather conditions. The lower decks host a helipad, an alfresco lounge and dining area and a swim platform that acts as an extension to the beach club.

To match her incredible length, motor yacht VALKYRIE would also have an expansive beam of 30m/98ft to ensure that there is plenty of room on board for amenities such as the salon and spa, beach club, casino, restaurant, exhibition hall, three-floor theatre and secondary theatre. A performers’ waiting room is also included in the design, and that is to say nothing of the accommodation for guests and crew, which includes an Owner’s salon and suite.

A pair of 17Mw engines would give her a top speed of 25 knots, a cruising speed of 20 knots and at an economical 16 knots would give M/Y VALKYRIE a staggering range of 10,000 nautical miles. 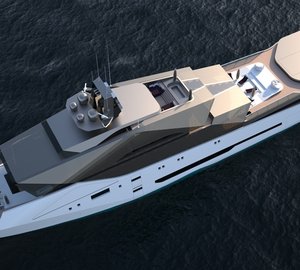 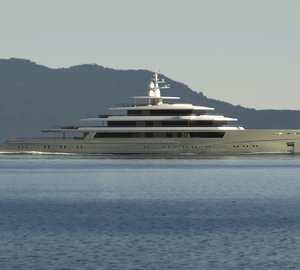 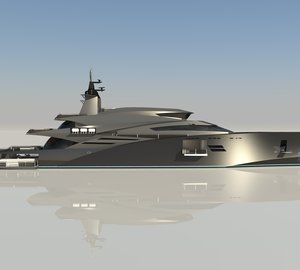 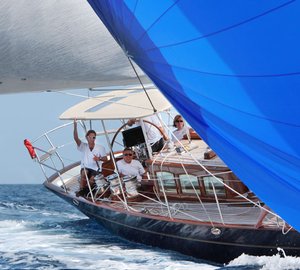