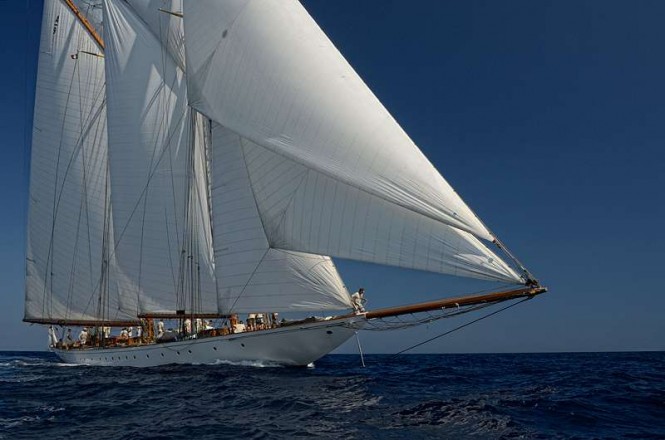 The grand dames of the sea had a short wait before the breeze filled in to 8 knots to allow them to set off towards the island of Mortoriotto, south of Porto Cervo, before doubling back and heading north to round Monaci island. The fleet then paraded past the entrance to Porto Cervo Marina before finishing off the Gulf of Pevero.

S/Y Mariette of 1915 flies the burgee of the Royal Corinthian Yacht Club and is a regular on the classic regatta circuit. Charlie Wroe, Captain of Mariette was satisfied with today’s result: “We had light air conditions today but that worked out well for us. It’s interesting to see how fast the boats sail in these conditions and I think if we get a bit more breeze in the next few days positions could change; Elena is very quick. It’s been four years since we sailed in Porto Cervo and we are very happy to be back, the sailing is always great and we are really looking forward to tomorrow’s racing.” 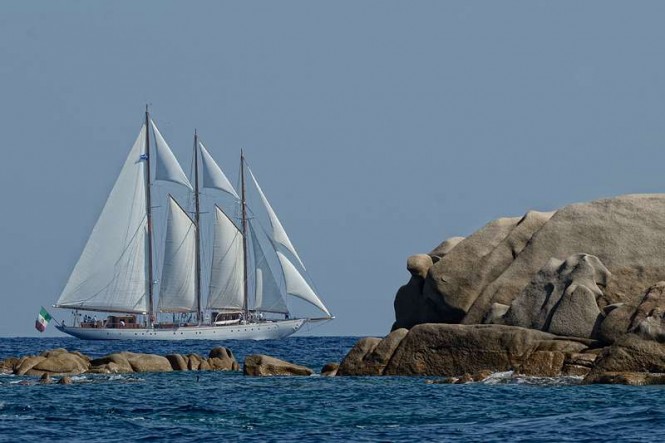 Yacht Elena was in fact the fastest yacht around the course today in elapsed time but slipped back to second place on compensated time. The largest of the competing classic boats, she is an exact reconstruction of a 1910 N. G. Herreshoff design.

Seven yachts have gathered in Porto Cervo for the Veteran Big Boat Rally and although several, such as Bruno Mentasti’s triple masted Croce del Sud and the gaff yawl Veronique, are not actively competing, they can be admired on the emerald waters of the YCCS regatta course together with the rest of the fleet. 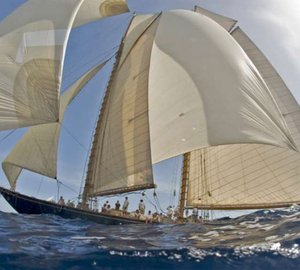 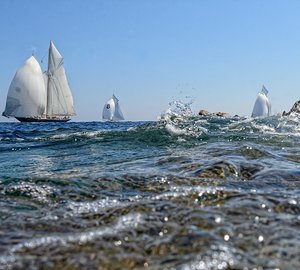 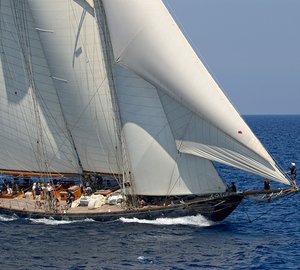