Mangusta has announced the launch of its sixth Mangusta Oceano 43 hull, luxury yacht COMO, known throughout her build as PROJECT COMO. 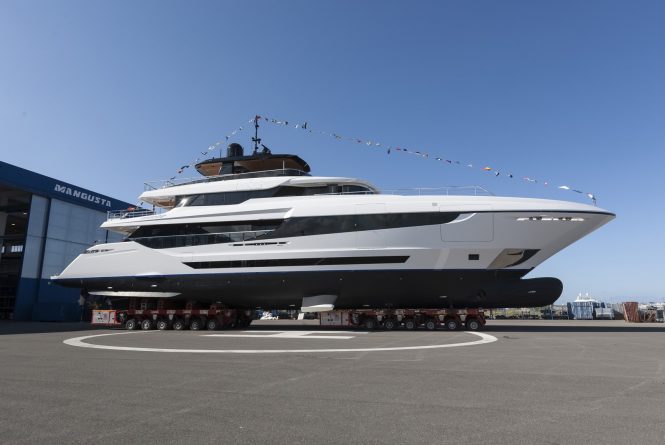 The ceremony took place on Friday the 9th of July at the facilities in the Navicelli area in Pisa with the Owner and his family in attendance: M/Y COMO received the traditional blessings for seafaring vessels before being christened and launched to the cheer of spectators.

Notable features on board include a bow infinity pool and an aft beach club which has a transom door that becomes the large swim platform. The spacious Master suite on the main deck forward has its own fold-down terrace to enjoy the outdoors in privacy. 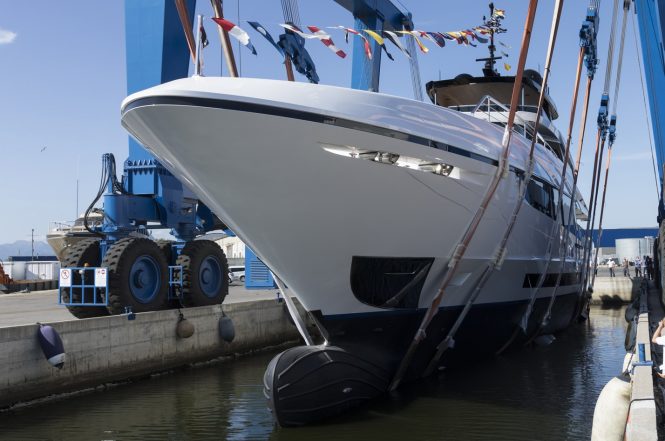 Natural light is an integral aspect of life on board and to this end, there are floor-to-ceiling windows and skylights across the decks. Not only does this increase guest comfort but also increases the connection with the world just beyond the glass.

43m/141.2ft superyacht COMO has accommodation for up to 12 guests across 5 en-suite cabins, with a trained crew of 9 to keep everything running efficiently on board.

A pair of MTU 12V 2000 M86 engines of 1,700 HP will carry guests up to 4,500 nautical miles and there is a top speed of 16 knots and a cruising speed of 11 knots. Zero speed stabilisers grant excellent stability and comfort while cruising as well as at anchor.

M/Y COMO will now undergo sea trials before being delivered at the end of August 2021. 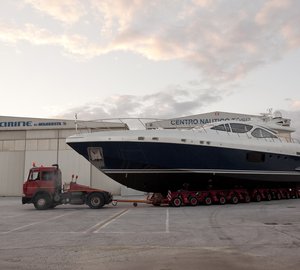 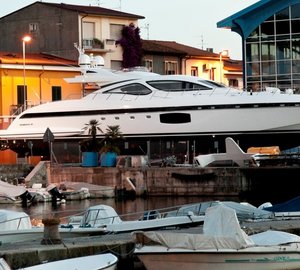 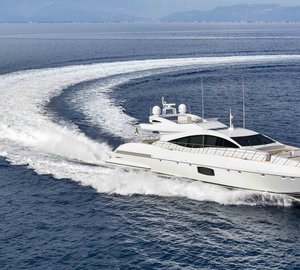 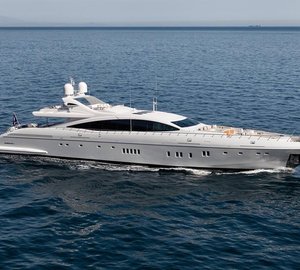