NAJIBA, a 58-metre luxury superyacht built by the respected Dutch shipyard Feadship and recently delivered to her owner has been photographed by Tom van Oossanen in the Norwegian Fjords after she underwent extensive sea trials and standard series of tests in the North Sea, which resulted in an excellent outcome from the technical point of view. 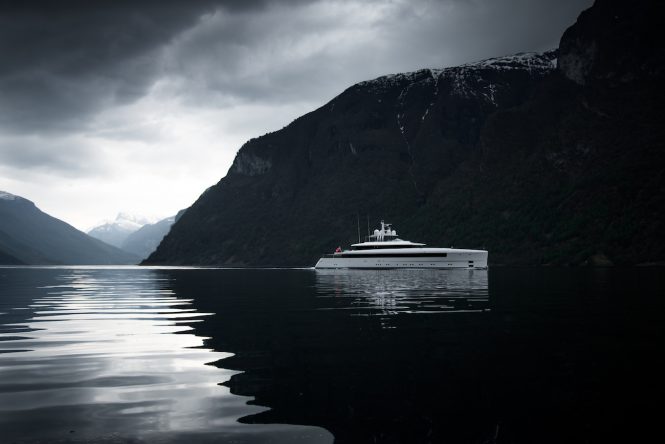 Fitted with two MTU 12V 2000 M72 main engines of 1080kW each, NAJIBA came out of the tests as an efficient performer in a number of ways, including great results during the crash stop test, acceleration tests, zig-zag tests or by exceeding her contractual speed by more than one knot, reaching 17 knots at top speed. 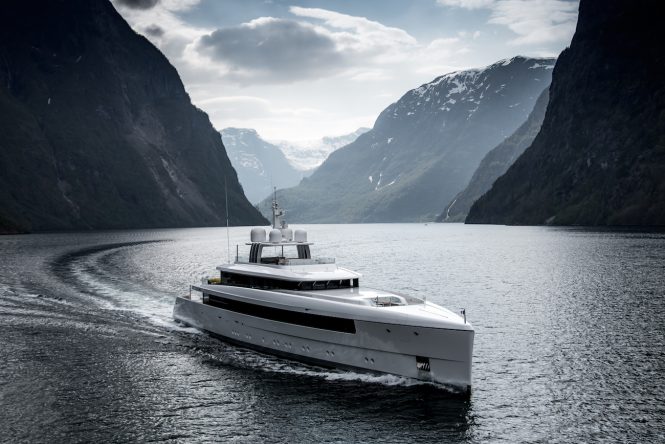 NAJIBA in the Norwegian Fjords 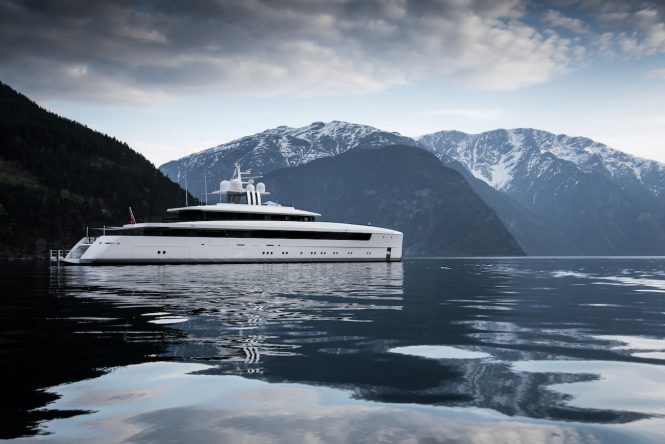 She has a fuel consumption of 183 litres per hour at 12 knots, which is equal to 11.4 litres per nautical mile or 20-25% less than other displacement motor yachts in her class. She has also proven to be very quiet, although built entirely in aluminium. Thanks to her noise and vibration package by Van Cappellen some areas of the yacht decibel levels were 25% below the originally mandated maximums. 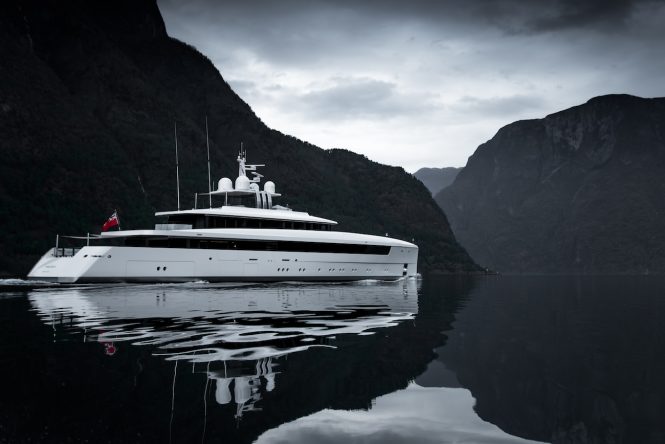 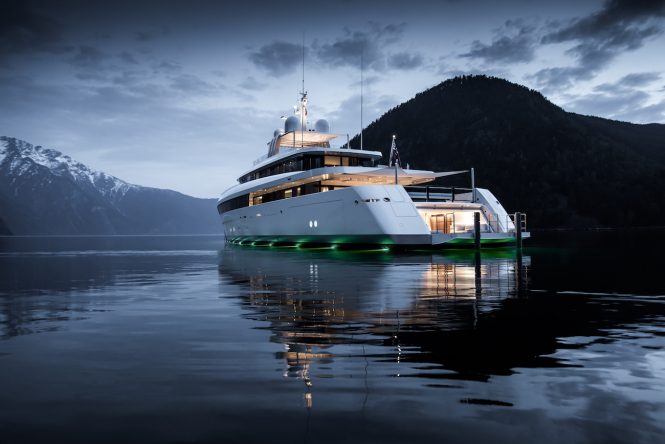 Following the sea trials in Holland, NAJIBA cruised north to Bergen in Norway to explore the stunning Norwegian fjords. She will be returning to the Mediterranean where her owner is intending on spending the summer season with family and friends. 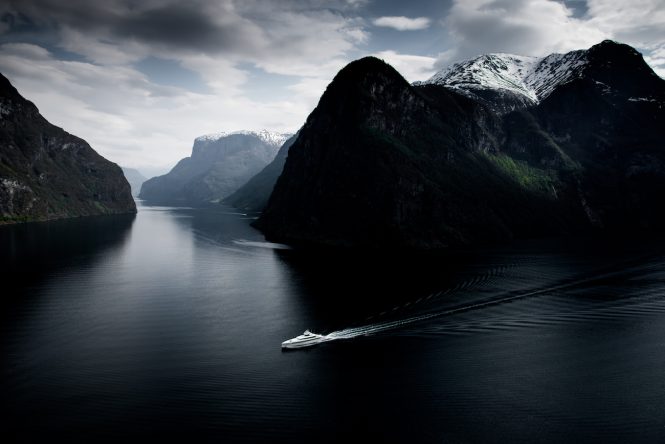 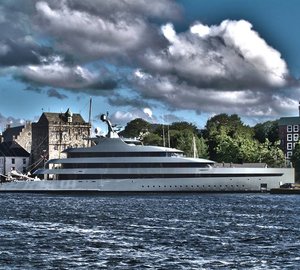 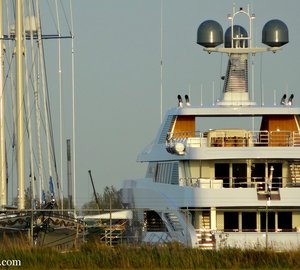 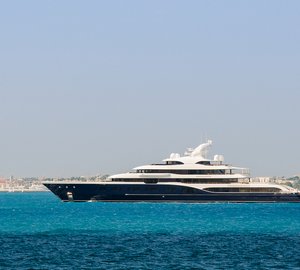