Southern Wind has announced the launch of its 35m/114ft sailing yacht, hull number SW105#01 named SATISFACTION, from its shipyard in Cape Town. 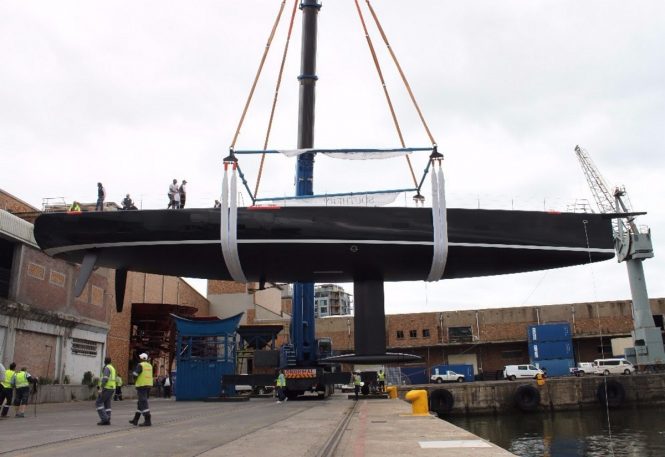 Wide aft sections combined with an open transom and twin rudder configuration create enough space for a garage that can fit a 4.2m carbon jet tender and a 3m+ jet ski – a unique feature for a yacht of this size. 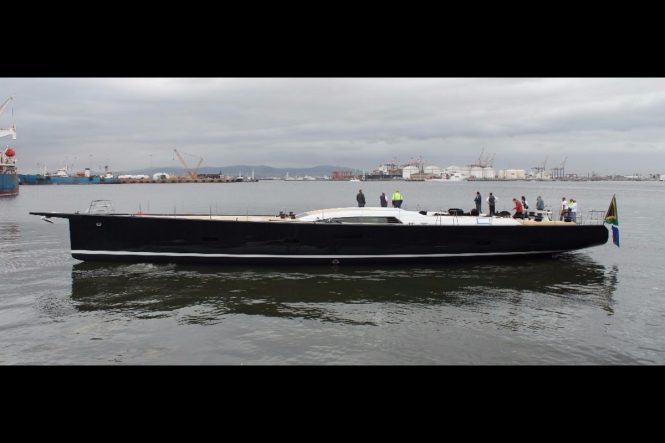 In terms of design, SATISFACTION features a single level deck for a sleek contemporary appearance that integrates the coach roof into the high ceilings, and extensive windows and hull port lights ensure that the interior living spaces are filled with natural light. The layout is Southern Wind’s most popular, placing the Owner’s suite forward with three guest cabins placed amidships, with crew quarters sleeping 5-6 and galley located to the aft. Sailing yacht SATISFACTION is designed with a telescopic keel at the owner’s request for advanced design that would not compromise the interior spaces. 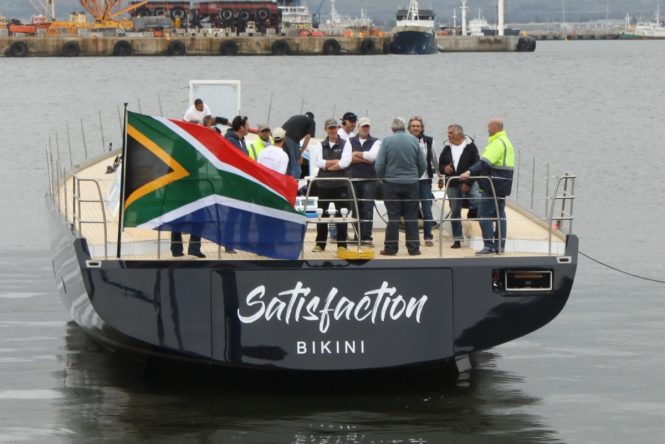 S/Y SATISFACTION is RINA Charter Class compliant and will be registered as a Commercial Yacht with a “Red Ensign Group” flag. SATISFACTION will now undergo sea trials and delivery to her owner is expected in December 2017. 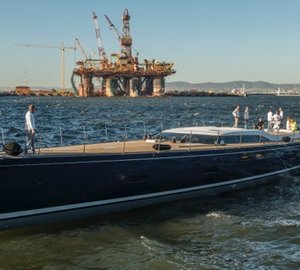 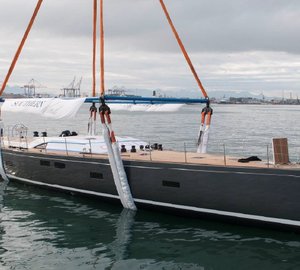 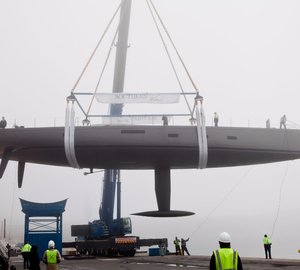