A new Maritime and Marine Innovation Quarter at the former Vosper Thornycroft shipyard site in Woolston, Southampton is set to bring approximately 700 new jobs and renewed prosperity to the city. This will complement the work already started on site at Centenary Quay, which is set to deliver 1,600 new homes and a vibrant mix of shops and offices. The new Quarter will also boost Southampton’s national reputation and potential as a hub of marine innovation. 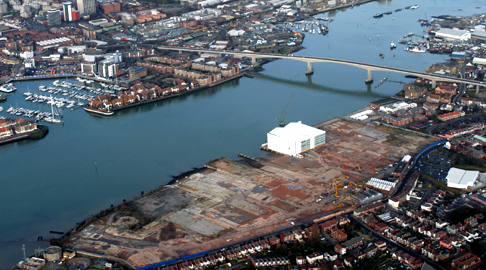 The South East England Development Agency (SEEDA) and Southampton City Council, backed by private sector finance and development, have come together in a partnership to develop the Quarter – where marine businesses will thrive by taking advantage of the best research expertise to develop innovative new products and services building.

Manufacturers have already expressed strong interest in the Quarter, bringing skilled jobs and opportunities for companies in the supply chain. A planning application for the new Quarter is scheduled for submission early in the new year and the aim is to begin work on site later in 2011.

Pam Alexander, Chief Executive of SEEDA, said: “The partnership agreement is an exciting milestone for the ambitious new Centenary Quay. As work continues on the homes and commercial space, we’ll now see a thriving hub of marine manufacturing emerging, linked closely to the higher education strengths of the city. This will help the businesses located here create innovative new products and give the new Quarter the best possible opportunity to create more jobs on the site and among supply chain businesses.”

The maritime quarter is part of the wider £500m Centenary Quay development of the former Vosper Thornycroft shipyard site. Construction work started in July when a foundation laying ceremony was attended by the Secretary of State for Communities and Local Government, Eric Pickles MP, and the Leader of Southampton City Council, Councillor Royston Smith.

The development of the Maritime and Marine Innovation Quarter will help realise the ambition of the Local Enterprise Partnership in the Solent area (Solent LEP), which was given the green light by Government recently. The Solent LEP builds on the strengths of the city of Southampton to create an environment that will better facilitate economic growth and private sector investment in the city and the Solent area, allowing businesses to grow, become more profitable, become greener and enable new businesses to form and prosper.

Councillor Royston Smith, Leader of Southampton City Council, said: “The council has always shared a vision with SEEDA to see Woolston Riverside regenerated and revitalised. With the Marine Employment Quarter moving ahead the city has just taken a giant leap towards a new era of economic growth.

“Southampton is quite rightly becoming known as a centre of excellence for marine research and business so it is only right that we should create this quarter in the city.

“Centenary Quay is a key part of Southampton’s Renaissance vision to regenerate Woolston, ultimately bringing many new jobs to an important part of the city.” 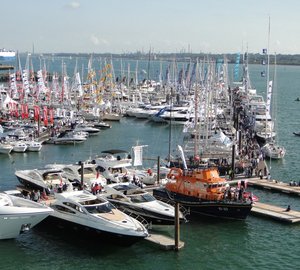