Newly launched Artpolars yacht represents the largest and by far the most ...
Browse News Section

Newly launched Artpolars yacht represents the largest and by far the most expensive motor yacht ever built in Ukraine. Designed by Ginton Naval Architects, the 40-metre superyacht Artpolars has been recently launched by Liman Shipyard in the city of Nikolaev, which has plenty of years of tradition of shipbuilding far before the Soviet Era. 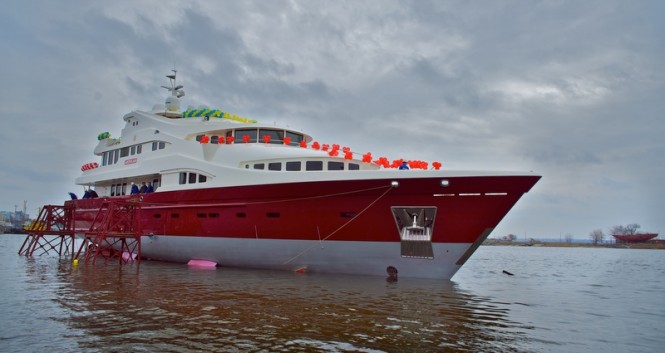 During the Soviet period, aircraft carriers, nuclear submarines and big verity of other types of ships were built there and up to now there are skilled shipbuilders utilizing there capabilities. All common to the ships built in Nikolaev: they are all strong seaworthy ships. 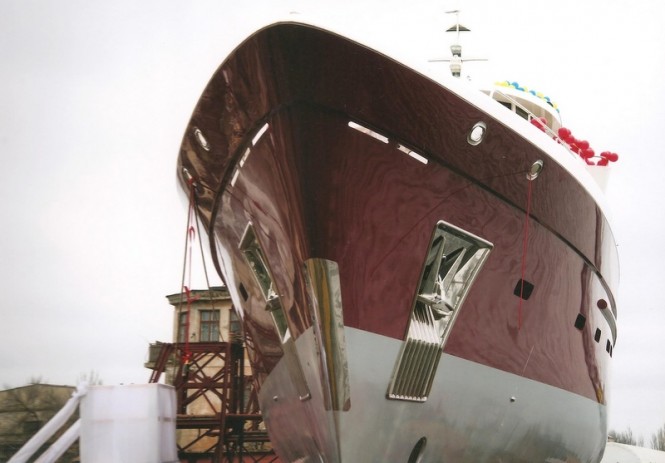 Luxury yacht Artpolars is a four deck ship, including flying bridge. She contains two owners cabins, one on the upper deck, with a privet aft deck, and one in front of the superstructure. Below there are three guests cabins and the saloon as well as dining are on the main deck. The crew accommodation can sleep 9 crew, including the captain cabin adjacent to the wheelhouse. There are two exterior whirlpools bathes, on at the bow and one at the flying bridge. 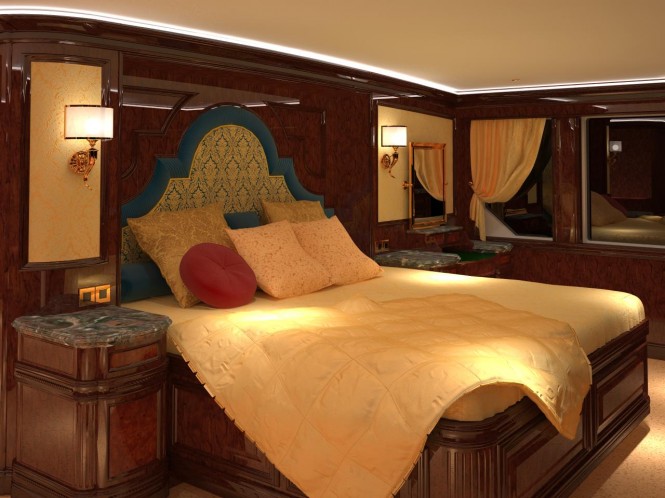 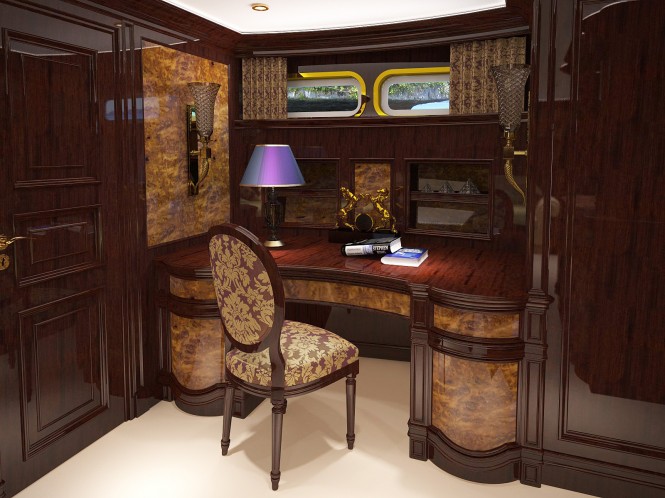 Jaron Ginton stated: “The owner have decided to build her to the required level, whatever it may cost. He bought a mountain of marble, a football field of leather, a forest of wood and veneer and a large selection of golden bath accessories. Than together with the interior designers Olga Flekey and Marina Rets from FR Design, Kiev, they experimented building different combinations of colours and material as to reach the desired result. It may not be the most economical way of choosing, but you do get the desired result without any compromise.” 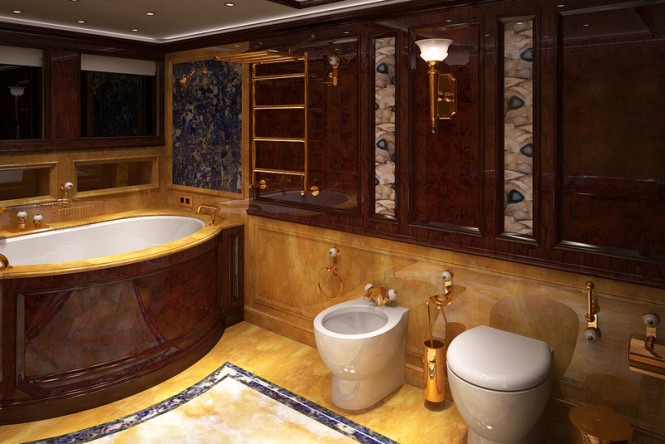 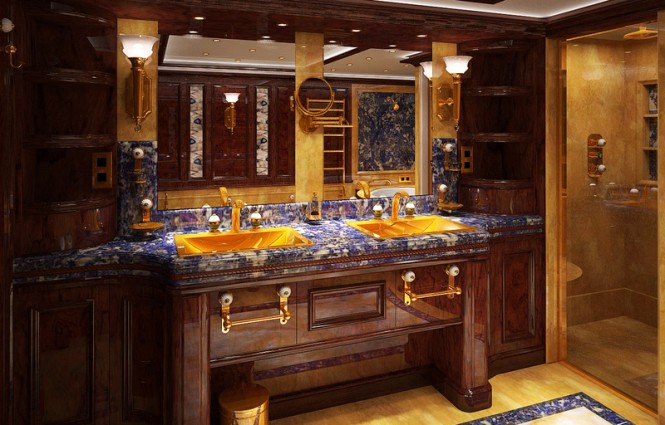 Although Artpolars yacht has already been launched, she has not been completed yet. Completion is expected in the spring of 2014. 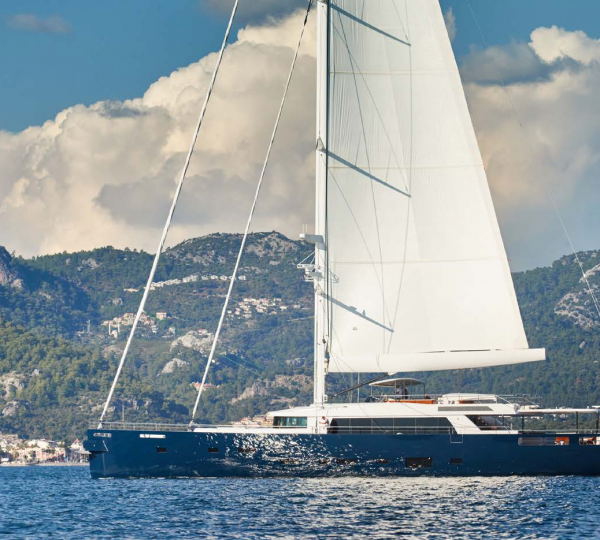 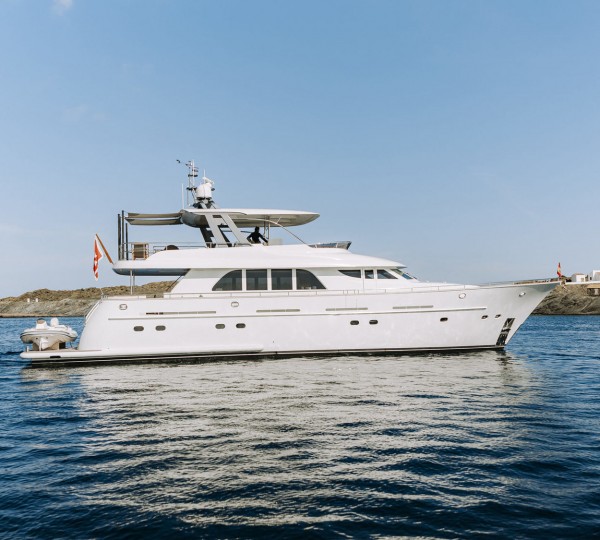 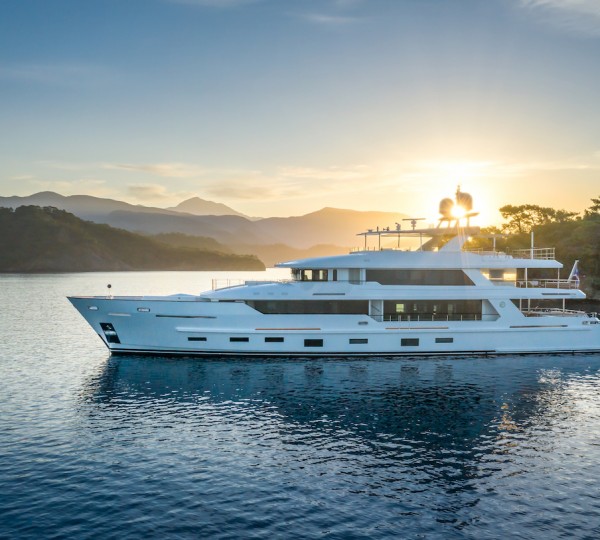 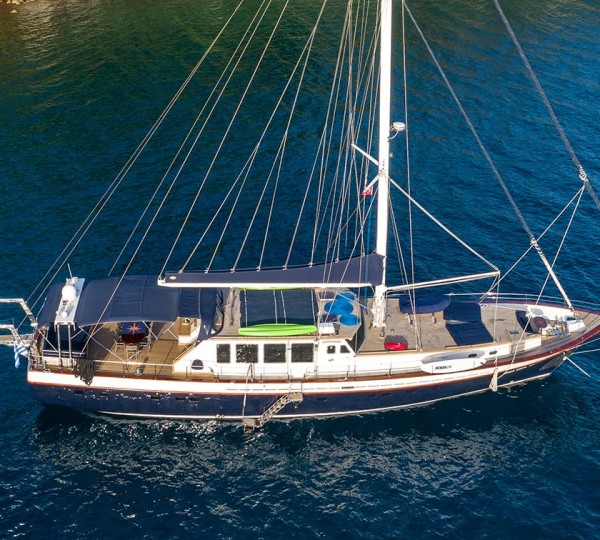 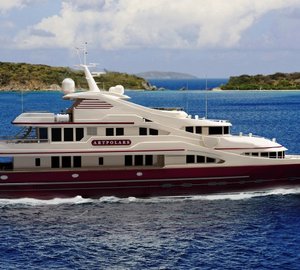 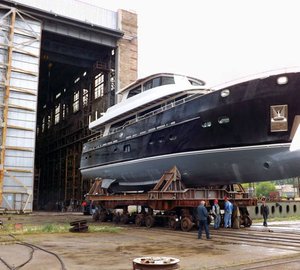 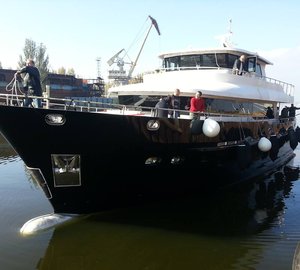