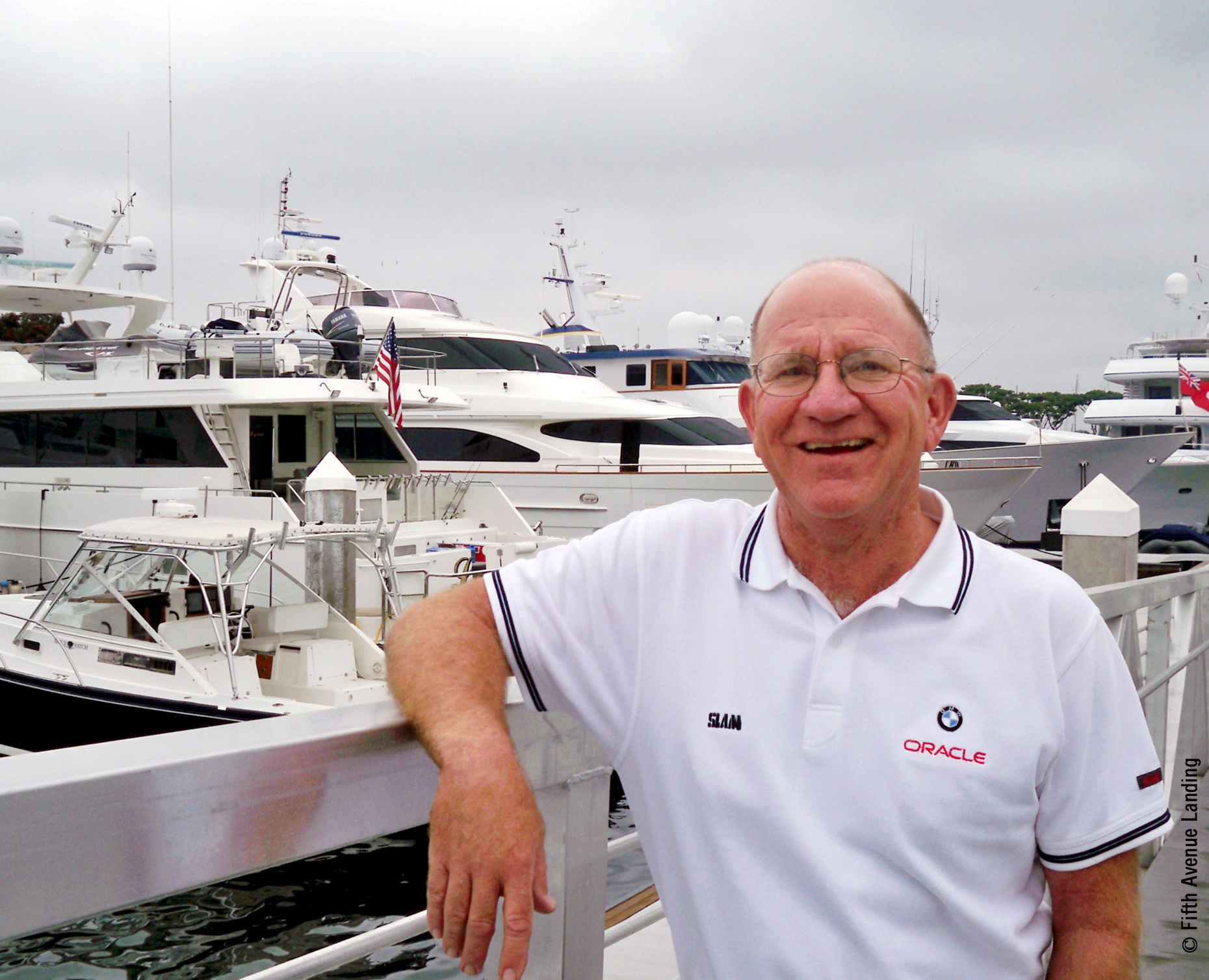 “After working in the industry for over 30 years, it’s nice to finally be able to say San Diego has the resources, proper dock space and lifting capacity for superyachts cruising the Pacific,” said Wilson.  “What’s nicer?  Two of the major resources are right at my disposal.”

Wilson’s primary focus is to build new relationships with owners and captains while helping to maintain existing ones. As marina manager, Wilson will oversee all operations at Fifth Avenue Landing. This includes managing slip reservations, building public awareness of the marina and widening the client base.  As director of business development for Marine Group Boat Works, he’ll help define scopes of work, estimate projects and ensure owner’s needs are being addressed.

“I can remember when the chief engineer of a large superyacht came to me in a panic.  The boat had a broken hydraulic plumbing fitting that was crucial to the operation of their stabilizer system. They called to Holland for a replacement and were told that it would be a minimum of two weeks to fabricate the part. I grabbed the fitting, drove to a specialty machine shop; they had the cupronickel material in stock and the metric tools to actually make the part.  Four hours later, I returned to the vessel with the new part and the crew was blown away.   I do not think that this could happen in many other cities on the West Coast,” said Wilson. 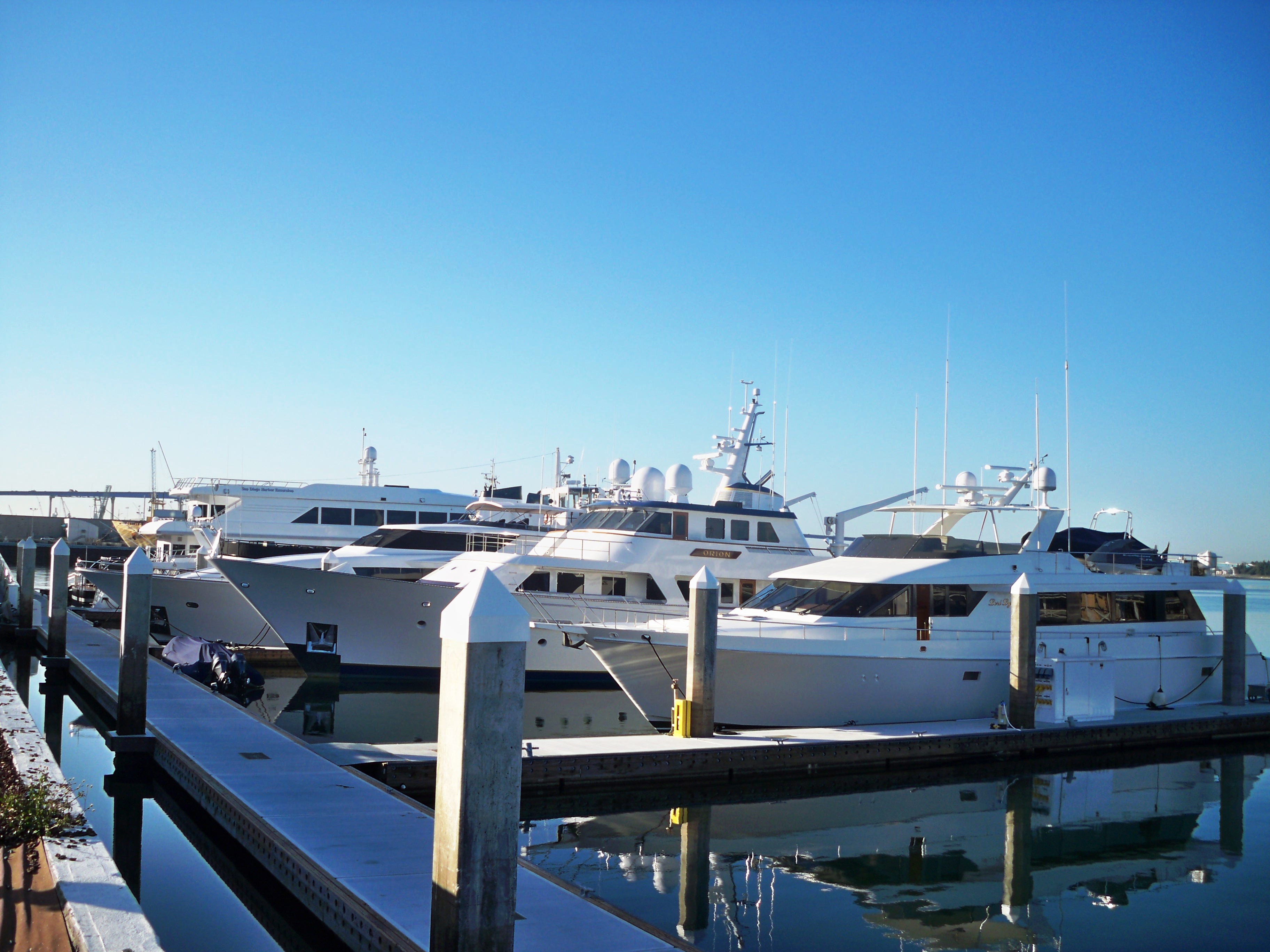 Wilson previously spent ten years working at South Bay Boatyard, the early makings of Marine Group Boat Works, as the marketing manager for attracting boats to the facility. Wilson also held a similar post at Driscoll Boatworks in Shelter Island of San Diego. He was motivated to return to Marine Group Boat Works after watching it take on a large share of the West Coast superyacht market.

“We brought Neil onboard because both Fifth Avenue Landing and Marine Group Boat Works’ growth was larger than we fooled ourselves into being able to handle,” said Todd Roberts, vice president of both entities.  “Neil has been influential in the growth of the superyacht market in San Diego, so we couldn’t think of a better candidate.”

Wilson is also excited to work with former colleagues again. After working with most of the management and staff on and off for the past 20 years, Wilson’s return served as a mini-reunion.

“Everyone in the yard extended a warm welcome.  It’s nice being part of the big Marine Group Boat Works family,” said Wilson.

Wilson, a San Diego native, lives with his wife, Rachel, in Point Loma. He is the proud father of Jennifer, who is married to BMW Oracle Captain James Spithill and winner of 2010 America’s Cup. Wilson will maintain his post at the Fifth Avenue Landing marina office on 600 Convention Way, San Diego, CA 92101.

Fifth Avenue Landing is an exclusive boutique superyacht docking and transient berthing facility located in the heart of downtown. The superyacht marina consists of 12 slips and can accommodate yachts up to 300 feet. Each berth has a black water pump out facility and proper electrical capabilities. Amenities for captains and crew include complimentary concierge service, wireless internet connection, secured 24/7 access and more. Fifth Avenue Landing has been graced by notable superyachts including M/Y ATTESSA, Motor Yacht ARCHIMEDES,  Motor Yacht APOGEE, and many others. 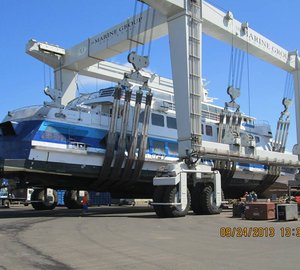 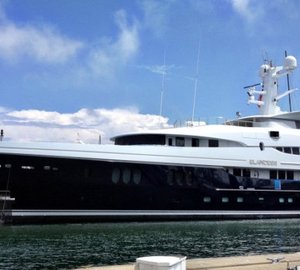 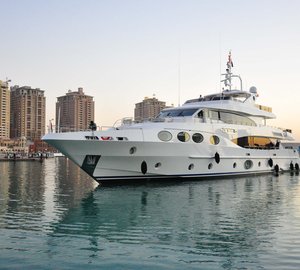 Third Exclusive Preview to be hosted by Gulf Craft in Qatar