The addition of two new piers designed and built by Bellingham Marine boosts the Marina’s berth capacity to 168. With Singapore fast gaining repute as the destination for luxury superyachts, Marina at Keppel Bay has added two new state-of-the-art piers to meet this rising demand for quality berthing space.

Designed and built by world-renowned marina builder, Bellingham Marine, the timely completion of the new berths represents the finishing touch to Marina at Keppel Bay’s third and final development phase. Marina at Keppel Bay can now accommodate 168 yachts, including superyachts of up to 280 feet.

“In recent years, we have seen an upward trend in the number of superyachts visiting Singapore, many of which are keen to explore the cruising grounds and islands around the South East Asian region,” said Mr. Trevor Fong, General Manager for Marina at Keppel Bay.

According to the Superyacht Singapore Association, more than 80 superyachts visited Singapore in 2010, which represents a 37% increase from 2009.  More superyachts are expected in 2011 and beyond.  These yachts come from all over the world including USA, France, Italy, the Mediterranean and even Asia such as Hong Kong.

Mr. Fong added, “The opening of the integrated resorts have also drawn more superyachts and high rollers to this region, which will benefit marinas in this region.   With our new pontoons, Marina at Keppel Bay can now accommodate even more superyachts, reaffirming our position as Asia’s leading marina.”

Marina at Keppel Bay is the first marina in Singapore to be fully designed and built by Bellingham Marine. John Spragg, General Manager of Bellingham Marine Singapore said, “It is an honour to be involved with this prestigious project, which has set the new standard for marinas in Asia.”

“We’ve built a strong relationship with Keppel and share a common commitment to offering yacht owners an experience at port that assures excellence and the greatest level of luxury.”

Fitted with the most advanced concrete floating pontoon system, Marina at Keppel Bay features Singapore’s first and only individual pontoon berthing system for superyachts. Some other quality features include:

Marina at Keppel Bay is the first marina in Asia to be awarded the 5 Gold Anchors rating from the Marina Industries Association Australia for excellence in facilities and services. Similar to the five-star rating system for hotels, the Gold Anchors rating serves as a reference system to help boaters and marina users determine which marinas best fit their requirements and needs. 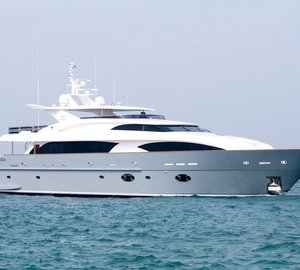 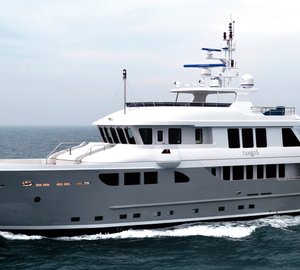 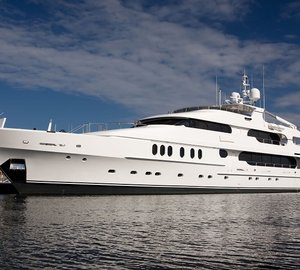 Growing popularity of Singapore as superyacht hub in Asia