Dutch shipyard Lynx Yachts has announced the launch of the second hull in the ...
Browse News Section

Dutch shipyard Lynx Yachts has announced the launch of the second hull in the YXT 24 Evolution series, shadow vessel ROE SHADOW, on the 12 of March 2020. 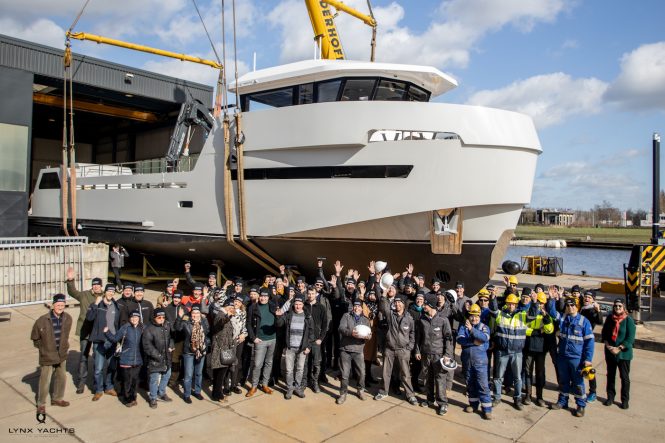 Due to the ongoing situation with Covid-19, the ceremony which would have attracted a large gathering has been postponed until a future date, when the yacht’s Owner, shipyard officials and invited guests can celebrate in style. 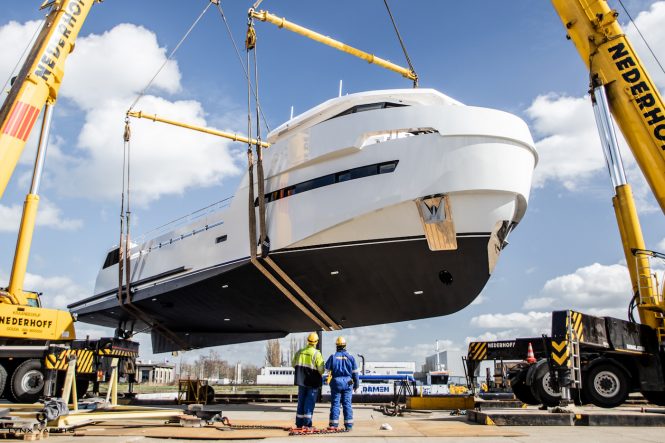 The 27.3m/89.6ft custom support vessel has naval architecture from Diana Yacht Design, exterior styling from Bernd Weel and interiors from Darnet Design. The main deck covers 75m2/807ft2 and is used to store a 9.8m/32ft tender and two GTR 230 Seadoos, all of which can be safely launched and retrieved using the HS-Marine knuckle boom crane with a load capacity of 3,930 tons at 5.5m/18ft and 1,960 tons at 10.1m/33ft. 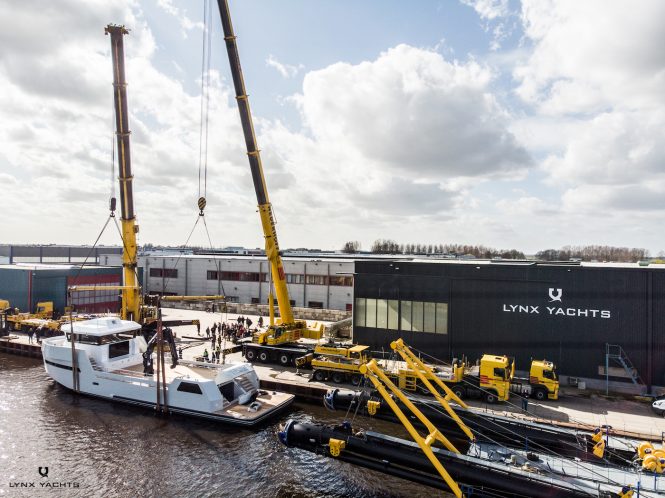 Natural teak wood is used form the main deck and swim platform, and once the toys and tenders are launched this spacious area can be used for sunbathing and alfresco dining, made all the better with the 100″ TV screen.

The wheelhouse is designed with 360-degree views so that the crew can monitor the water toys during transit in rougher sea conditions, and this compact go-anywhere support vessel has a pair of MAN engines of 800 HP each for a cruising speed of 12 knots. 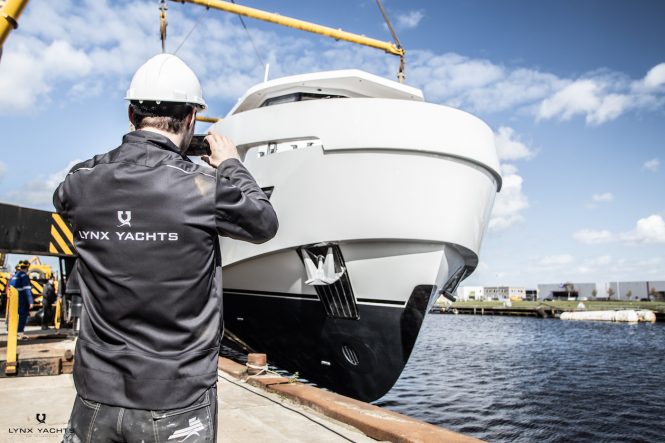 The accommodation provides for a crew of up to 4 have two forward double cabins on the lower deck and a large crew mess. The rest of the interior is dedicated to storage: Three large fridges and freezers support the mothership on long journeys, and three washing machines and three dryers to keep up with the guest and crew laundry and bedding. Amidships there are two cabins for storage and cleaning respectively of the water sports equipment. The lazarette is also used for the storage of water sports equipment such as kiteboards, Scuba diving equipment, surfboards and much more. This lazarette also has a day head, and the room connects through to the swim platform through a side hatch.

Luxury support yacht ROE SHADOW will be ready for delivery in early April this year. 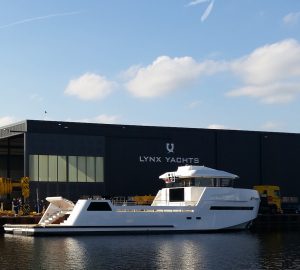 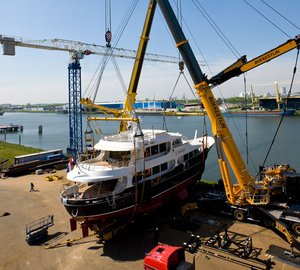 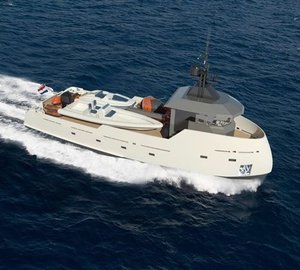 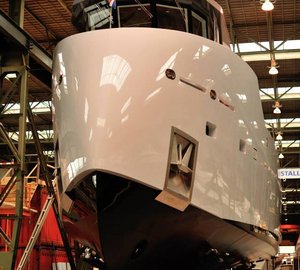