For the first time ever, Yachting Pages Directories have been launched at the ...
Browse News Section

For the first time ever, Yachting Pages Directories have been launched at the 2014 Antibes Yacht Show. The event represents the first yacht show of the Mediterranean season in the popular South of France yacht charter destination – Antibes. 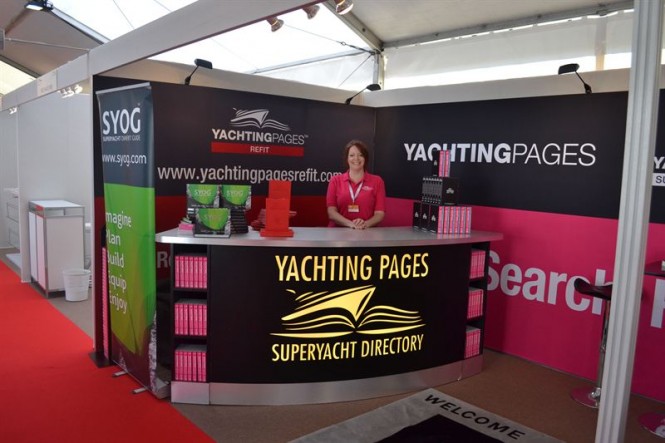 With a new look and striking branding, the book has been extremely well received by captains, crew and exhibitors alike. Each of the three superyacht directories has its own primary colour with the Med book in pink or magenta, the USA in blue or cyan and Australasia in yellow.

Steve Crowe, founder of Yachting colours said, “I based the new branding on the primary colours used in printing. I’ve still got one of the old inkjet printers at home and every time I change the ink cartridges it strikes me how powerful those colours were. In the printing industry, to produce varying colours the subtractive primaries cyan, magenta, and yellow are applied together in varying amounts – what this means is that whatever you want to print you have to start with pink, yellow and blue. The three bold colours of cyan, magenta, and yellow perfectly represent the three different Yachting Pages books and help differentiate them from one another. It was an obvious choice really.” 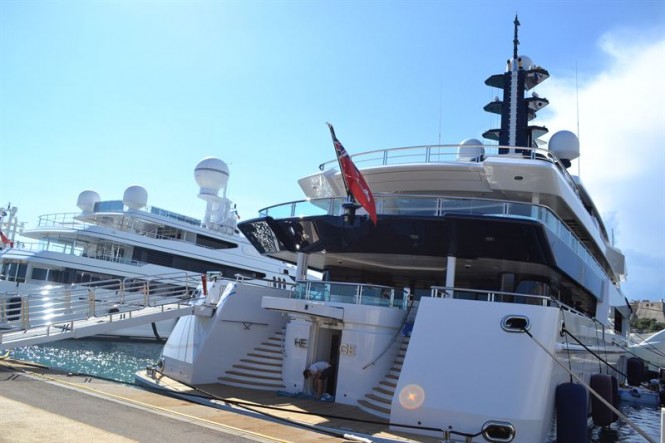 Feedback so far has been wonderful and the 300 copies of the books that were distributed at the show in the first two days have been very well received. The team will then continue to distribute the 65,000 copies of the essential reference tool globally in the weeks following the Antibes Yacht Show.

Another outstanding feature of the show has been the WiFi provided by Global Marine Communications. The company who specialise in VSAT or internet via satellite has hooked up the whole event and provided ta completely comprehensive service. 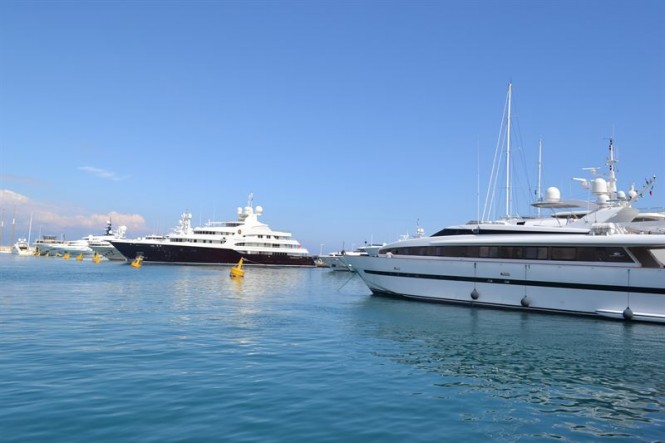 Sarrah Macey from Yachting Pages said, “Internet is always a struggle at boat shows. You usually get some coverage on the first morning but as soon as the exhibitors and visitors all log on the signal drops and it is then a nightmare trying to access the internet. More and more businesses want a live demonstration of Yachting Pages’ website so a good internet connection is essential for us. I am happy to report that the service provided by GMC has been outstanding. All areas of the event have great signal and it is the first show I have attended where we can happily look at websites, update social media, email photographs and generally get online at any moment.”

The boat show continued until Saturday with a cocktail party for exhibitors on Friday night. For a show usually plagued with poor weather for the South of France the sun was out and the atmosphere was fantastic. 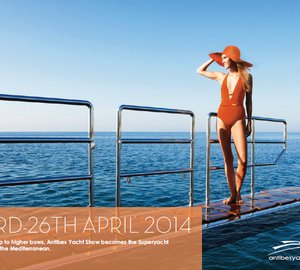 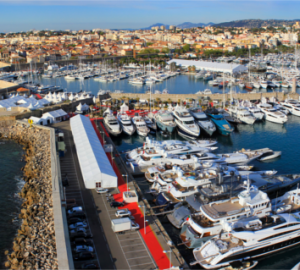