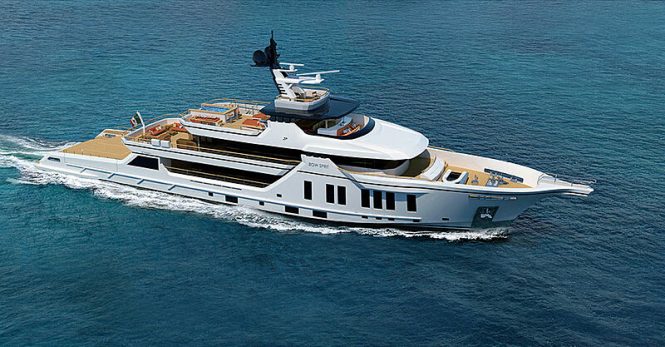 The name for E/Y PROJECT BOWSPRIT is immediately obvious due to the distinctive feature on the bow – one that few luxury motor yachts have as part of their design and, along with the rub rails, creates an appearance reminiscent of working fishing trawlers.

There is a lot of space and plenty of features packed into the explorer yacht, which comes in at just under 500GT. Among her notable features is open aft deck that is used for storing water toys and which becomes a sun-drenched beach club terrace once cleared. This area has a 5m/16.4ft swimming pool that can be covered when not in use, and fold-down bulwarks on both sides extend this space to 140m2/1506.9ft2. The bridge deck has an alfresco dining area and outdoor lounge, and a pool is situated on the sundeck aft where guests can soak and take in sweeping views of the location. 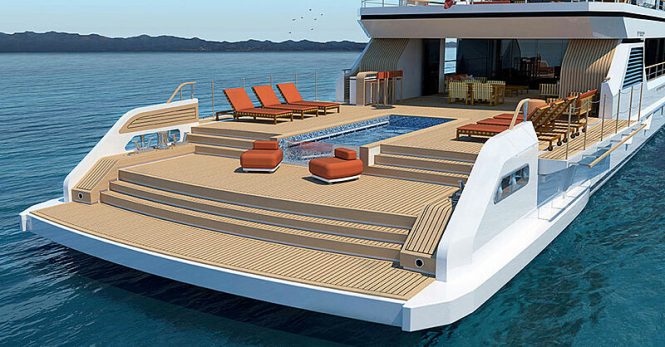 The interior layout places the tender garage amidships on the lower deck with access via stairs on both sides of the main deck. The engine room and ventilation shafts are farther aft as a result, and a winter garden on the main deck fills the space, which can be opened or closed to the elements by using the glass sliding doors.

The versatile accommodation layout features five cabins that can be split into six to accommodate a total of 12 guests. The Master Suite on the main deck forward has its own private office and a generous walk-in-wardrobe, while on the lower deck the VIP stateroom can be split into two guest cabins or an additional private lounge. There are four additional guest cabins on the lower deck, along with accommodation for a crew of eight, while the Captain’s cabin is behind the bridge.

Vittoria Shipyard has been in business since 1927 and is currently being run by the fourth generation of the Duò family. The shipyard specialises in steel-hulled vessels for military purposes such as interceptors and search & rescue craft. The Italian Finance Police recently received two 58m/190ft vessels that are based on the Damen Sea Axe platform, and Vittoria Shipyards is making the move to diversify into the private sector. 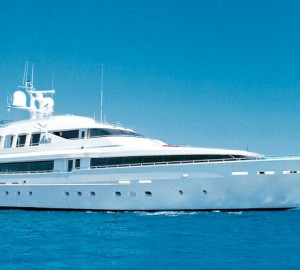 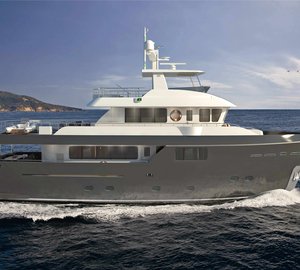 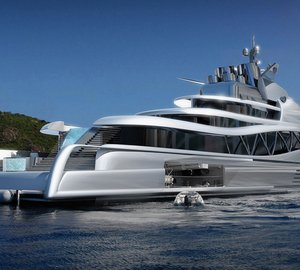 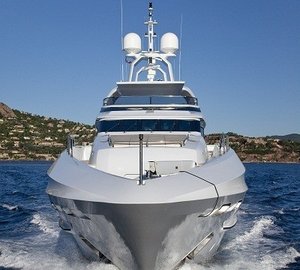