The ISS (International Superyacht Society) is delighted to announce its ...
Browse News Section

The ISS (International Superyacht Society) is delighted to announce its inaugural Annual Superyacht Charity Ball with proceeds to benefit Sail4Cancer. The event is set to be hosted by St Mary’s Stadium, Southampton Football Club, Southampton, England, on Saturday, April 18, 2015.

The arrival is scheduled from 18:30 with carriages at 01:00. Black tie is preferred and a live band (supported by a DJ) will round out a great evening of ‘dining, wining and dancing’. Tickets are £55 each, £400 for a table of eight. There are sponsorship opportunities; already Awlgrip, Döhle and Sunsail have come aboard.

“It’s great when we can harness the energies of our members and industry colleagues to make a difference outside our daily work routine and this April ISS is stepping up for a very worthy cause,” says Ken Hickling, event organizer and immediate ISS Past President.

Sail4Cancer specialises in delivering respite care to families burdened with serious and often terminal cancer by taking the whole family sailing for a day. A few minutes on the website of Sail4Cancer shows what a benefit this is and for the past two years the ISS Regatta has named Sail4Cancer as its official charity.

“Now we have announced a Charity Ball to support Sail4Cancer and help them launch a new programme that will bring even more benefit to families with this heavy burden. On the 18th April at St Mary’s Stadium in Southampton, around 250 industry professionals and their guests will let down their hair and kick up their heels at a black tie ball complete with live music to start the summer season off with a bang! Early interest has been high with tickets already selling well. Management companies, Owners’ Representatives, Project Managers, Manufacturers and Service Providers will be well represented and we have high hopes to draw in local designers and even builders from further afield,” says Hickling.

ISS is also in the planning stages for its Annual Regatta on June 5/6/7th. “Compete against your industry colleagues on the Solent in one design charter boats from Fairview,” challenges Hickling. 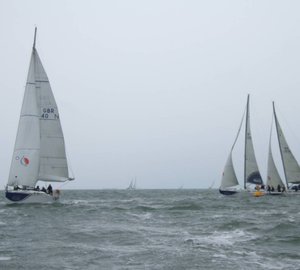 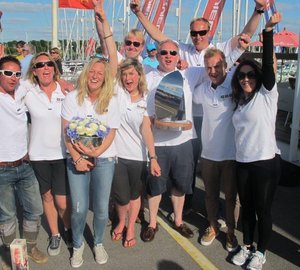 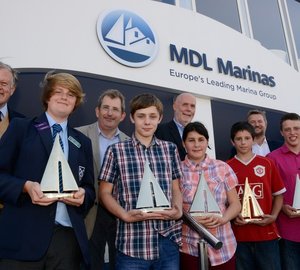