Boasting controversial and innovative features, the 150m mega yacht concept SHADDAI, designed by Gabriele Teruzzi was created with the desire to see the world from high up in mind. The yacht elevates the owner from the sea level towards the sky, offering unprecedented views of her surroundings and a unique way to enjoy the life at sea. 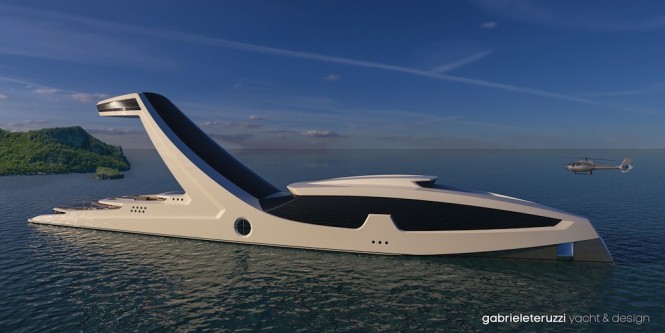 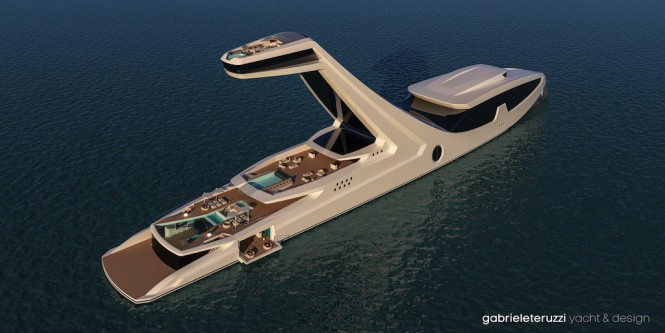 The designer has expressed his complete creativity in this concept incorporating his clear idea of the sensation of omnipotence that he wanted to transmit. His aim is to take the owner to the point of extreme power, which is also reflected in the yacht’s name: SHADDAI (Omnipotent) 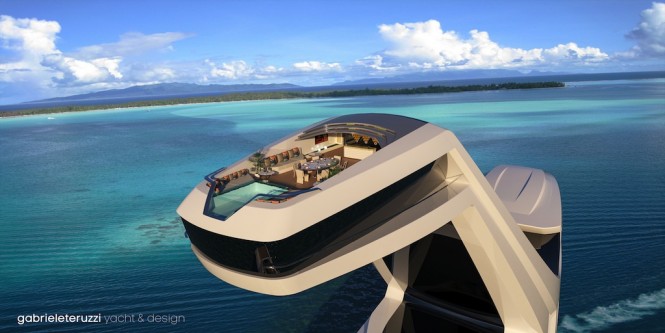 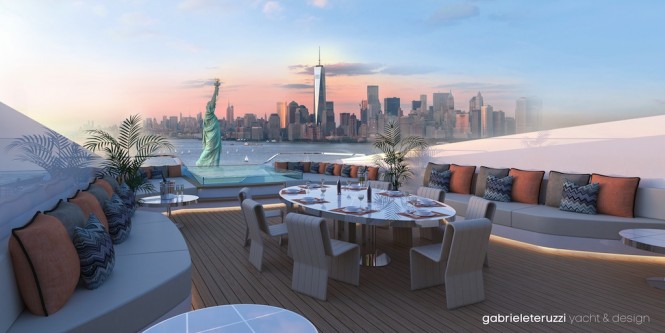 The Owner is accommodated in the highest point of the yacht, surrounded by the immensity of the sea and the sky. In addition, there is an infinity pool which produces a visual effect of water with no boundary, merging with the sky. According to the designer, this ultra-luxurious suite is to make the owner feel like he or she is in heaven. 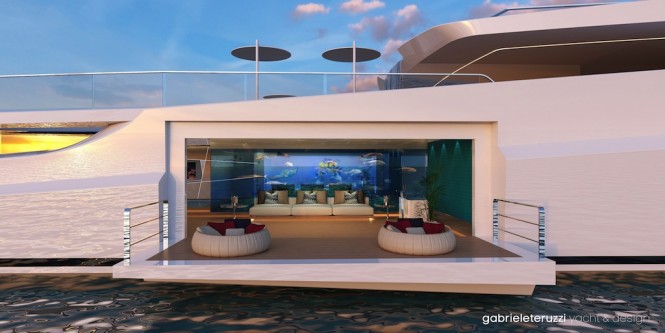 All materials and textures were carefully chosen by the designer, inspired by the most significant Italian fashion houses. 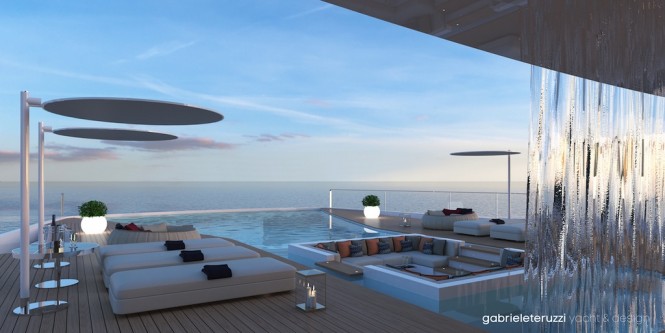 Another important area on SHADDAI is the beach club, situated on the main aft deck and boasting yet another infinity pool. This pool also acts as the ceiling of the beach club providing and airy and fresh ambience. There is also an aquarium in the middle of this area, providing both a division as well as a connection between these two areas. 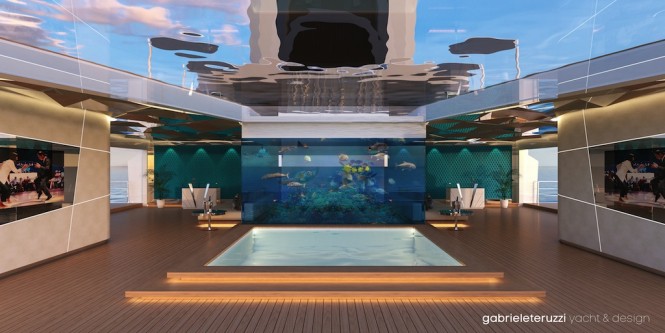